Terminator: Genisys, the latest in the Terminator franchise, had it’s premiere on Sunday. Billy Beer, Colin, Scotty and myself headed down to try our luck with Mr. Arnold Schwarzenegger and Game of Thrones Star Emilia Clarke. 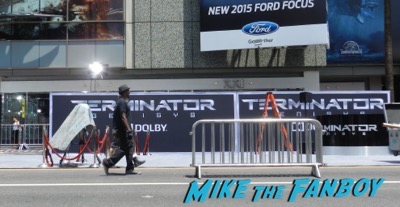 Let me tell you, it was hot. So damn hot. Hot, muggy and humid. Not a great combination. Bleh.

It was a long day, and after grabbing a bite to eat with Billy Beer, the best we could do is wait. 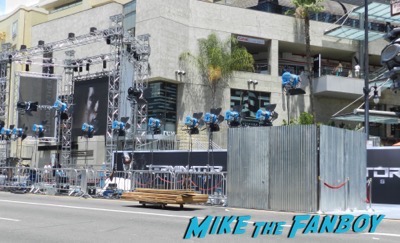 The premiere was huge, there were fan barricades, a stage, a DJ who basically just played records and took selfies of herself and even a Terminator.

Billy made a sign for Emilia Clarke and had a giant 27×40 poster for her. 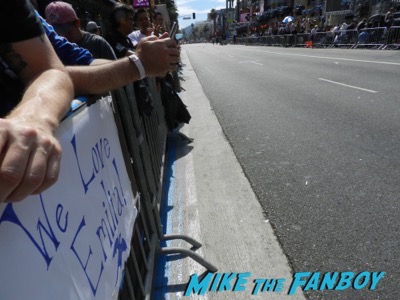 I brought my Terminator: Genisys mini poster, as well as the original Terminator and Kindergarten Cop for Arnold. Don’t judge, I love that movie.

As time grew short the anticipation was palpitating. 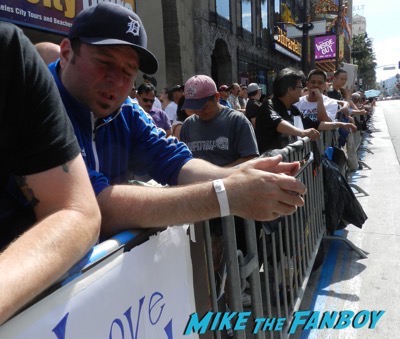 The premiere was about to start and the first arrival was director Alan Taylor (Thor: The Dark World). He was very nice and ran over to sign a few. He asked me who I already had on my poster and I told him Jai Courtney. 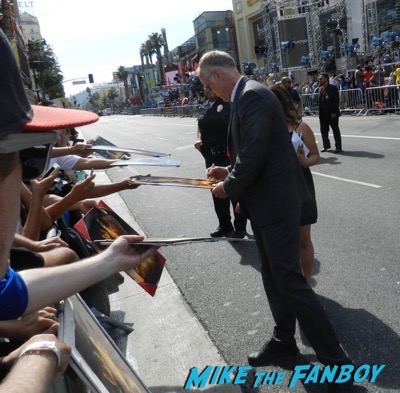 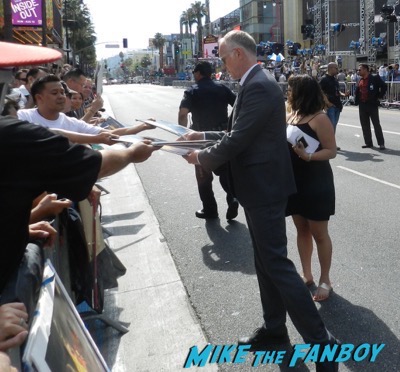 Then Dayo Okeniyi arrived and came over to sign. 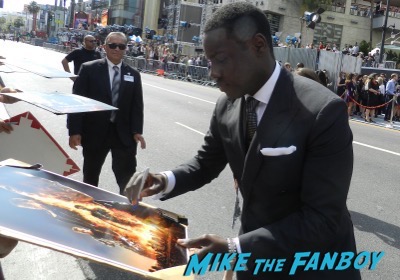 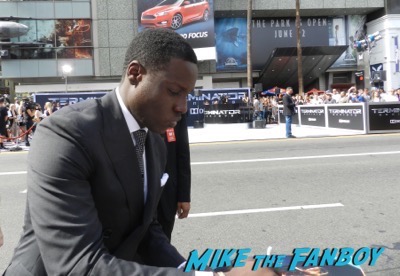 Wayne Bastrup ran on over 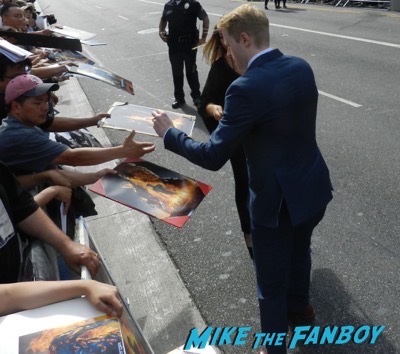 And so did Byung-hun Lee. 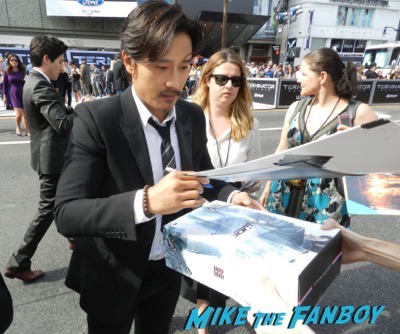 Jason Clarke and Jai Courtney both arrived around the same time but I missed Jai by one person and Jason signed farther down the line from me. Doh!

Then… It was Arnold time. 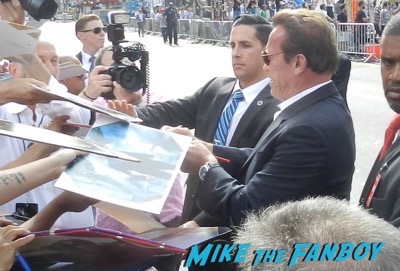 He came over and started signing three people down from me. He was doing one each and moving pretty fast down the line. 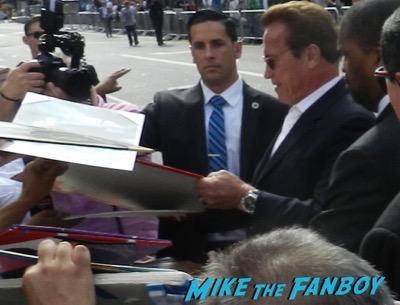 He had a black click sharpie and I thought I better get Kindergarten Cop done, because Terminator was all in black and you wouldn’t see it.

He was very cool and signed the poster really nicely. 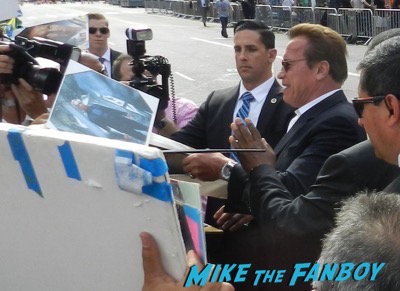 In fact, Arnold went down the line pretty far. I was told that he stopped signing a little bit down the ways and started shaking hands. But our section at least was lucky enough to get him to sign.

Then Emilia Clarke arrived. She had her crutches that her publicist was holding for her and she waved.
Just… a wave. The interesting thing is, she signed in Berlin and other premiere’s so I don’t know why Los Angeles would be any different. 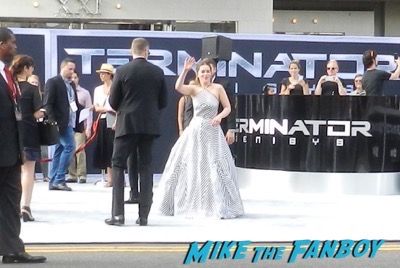 Alas, she didn’t really pick up the pen at all. Sigh…
And that… as we say… is that.

Honestly, I’m really happy to just have gotten Arnold. I know a lot of people were really bummed with Emilia as was I, but… Dude, it’s Arnold Schwarzenegger! 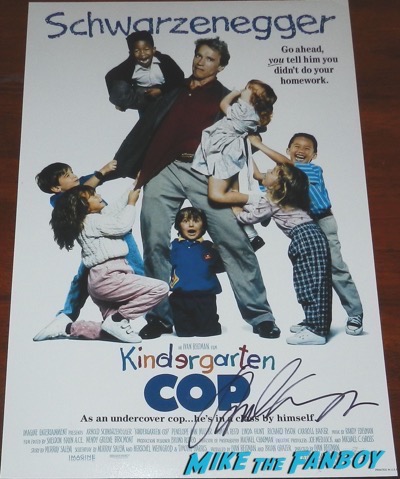 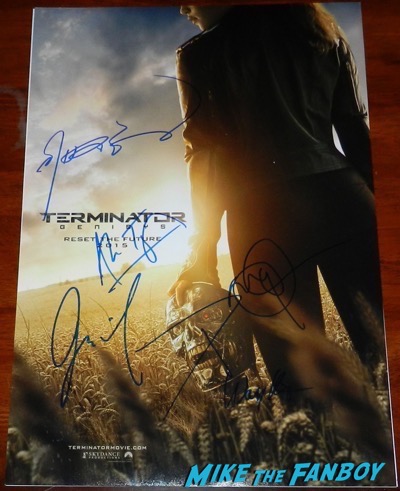