Today was The Contenders, which is an all day event for guild voters and I was lucky enough to attend.

It lasted from the early morning hours to around 6:00 p.m. so it was a long intense day. I didn’t make it for the morning session, but did arrive in time for lunch. I can just hear my mom saying, “That figures.”

When I arrived Bryan Cranston was leaving and I was lucky enough to catch him. He is such a nice guy. He signed my promo Breaking Bad glass beaker and I was super stoked. Bryan Cranston signed one for everyone who asked and is such a cool guy.

Then it was lunch time, which was sponsored by ABC and Blackish. The cast was doing posed cast pictures so my friends Courtney, Lisa and Michael all got one. It was pretty nice. 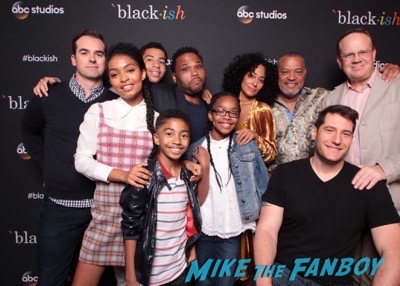 The cast then stayed and mingled except Laurence Fishburne who somehow managed to beam himself out of the party. I was watching and couldn’t find him! Oh well.

I did talk to Peter Mackenzie who I loved in Herman’s Head. God bless the 1990s! 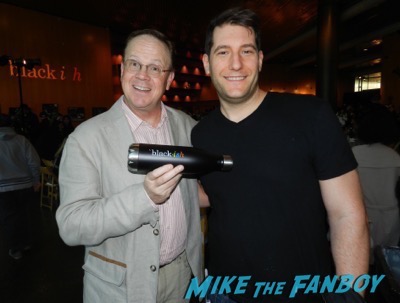 As the day went on, we really enjoyed the different panels.

I did manage to meet The Mick star Kaitlin Olson. I was telling her that my good friend Suddenly Susan got me watching The Mick and we chatted about that for a bit. She is so super sweet. 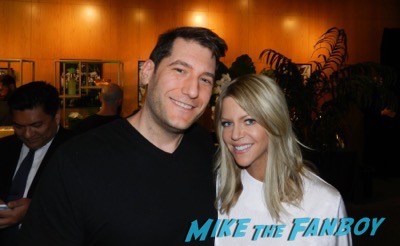 Around the same time Will Forte was leaving, and he just sat there and hung out with everyone. He’s such a great guy. He was even joking around with all the people waiting. 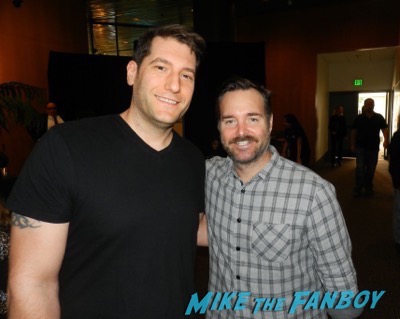 I then spotted Michelle Forbes who I have loved forever. She was so good in True Blood and Battlestar Galactica and so many other shows. She couldn’t have been nicer! 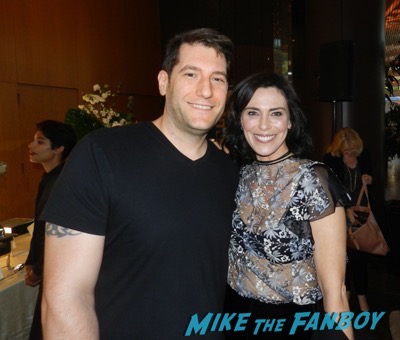 Finally it was time for dinner which was sponsored by Hulu. The stars of Casual, The Path and The Handmaid’s Tale were there.

I talked to Aaron Paul who is just the nicest guy ever. He signed my glass beaker as well which was good to get both stars of Breaking Bad in one night. He said, “Bryan signed it so nice.” I said I know he really did and Aaron said, “So much pressure!” 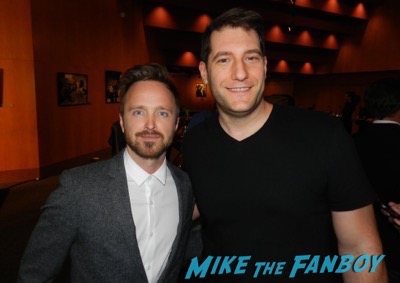 It looks pretty cool. I don’t think I ever had something glass signed before.

Then we talked with Michelle Monaghan and Hugh Dancy. Both were so nice. I wish I had a season two poster for the show with me. Doh! 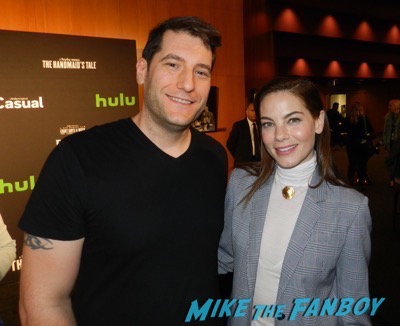 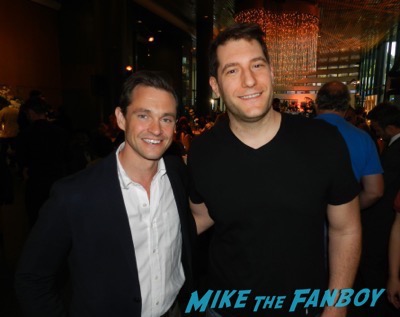 Then we spotted the cast of Casual hanging out and Lisa, Michael and I got “family photos” with the full cast. That was pretty cool. 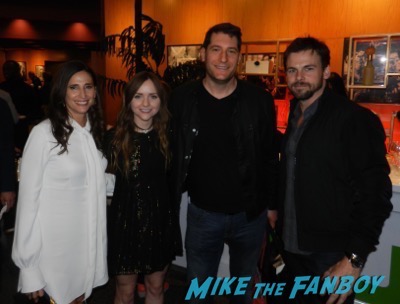 As we were getting ready to pack it in, I spotted Alexis Bledel! I almost tripped over the huge bag of swag we got. Lisa was nice enough to get a photo of Alexis Bledel and I and I was in second heaven. Rory Gilmore! Dying Now! 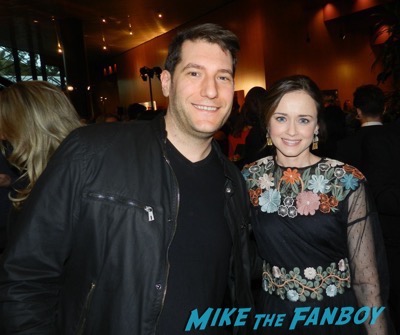 Then Elisabeth Moss was also adorable as hell. We talked about the end of Mad Men and her new series as well. So kind. 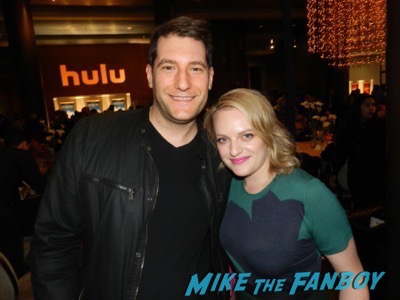 All in all, it was a really great day! Great food, great friends, and of course great swag! Hello! 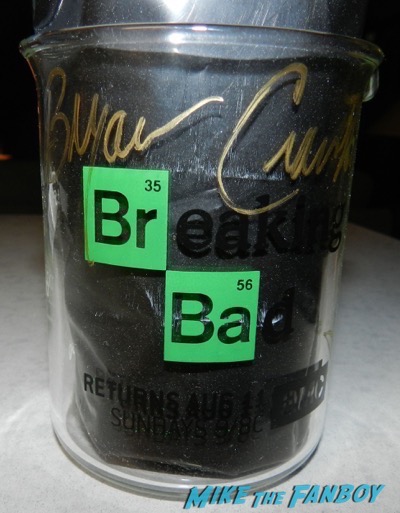 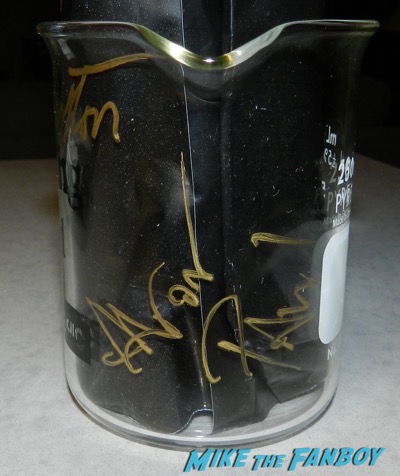 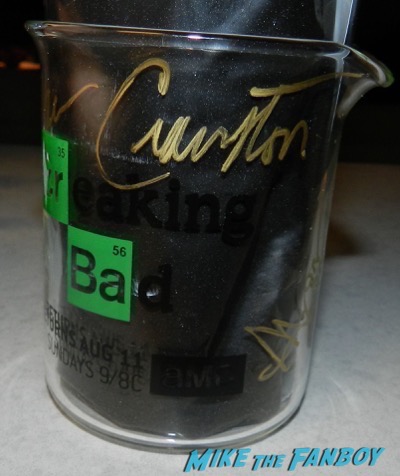