Home / Fanboying! / The Crown Q and A! Meeting Claire Foy and Matt Smith! Hearing About How They Are Dealing With Leaving The Series and More!

The Netflix series The Crown is an emotional and unique look at the Queen Elizabeth and a series I really enjoy.

I was invited to a q and a with stars Claire Foy and Matt Smith at the Netflix campus and I was super excited. 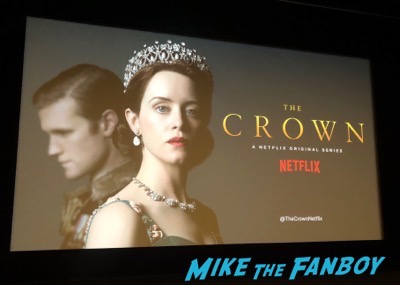 We were shown the first episode of season 2 and if you haven’t checked it out yet, I highly suggest you do so.

Both Matt Smith and Claire Foy were very engaging and you could tell the rapport they have on screen extends to real life. 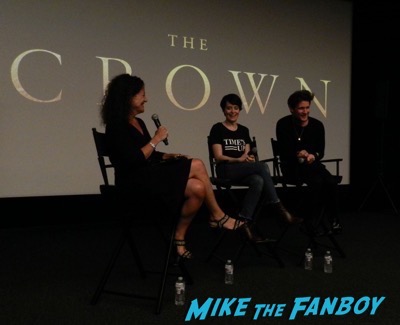 “In the conventional way you make a TV show there’s always the possibility that you start shooting a second season, they say, ‘no one’s watching it so goodbye.’ laughed Claire Foy. “But they told me you’re stuck, we’re making it anyway.”

There was an instant reaction to the series and as Claire Foy said, nothing can prepare someone for that. Matt Smith was worried and said, “Oh God, what would people think.”

Claire Foy even said, “It will never happen again.” 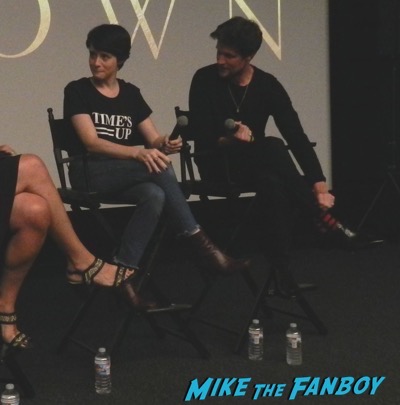 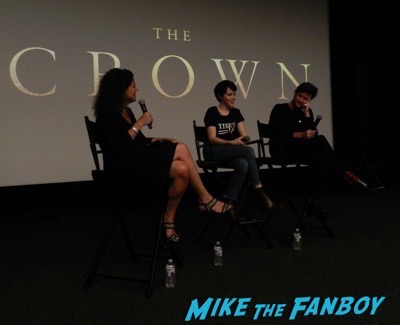 Both stars found it hard to say goodbye. Both stars were sad to see their characters go. Matt Smith said one of the best things is that we can pass the characters on and it’s reimagined.

When it comes to the new cast the old cast didn’t have any advice. “It’s a weird thing, I inherited this part and I never though of ringing up Helen Mirren and screaming HELP! You have to make it your own part.” laughed Claire Foy. 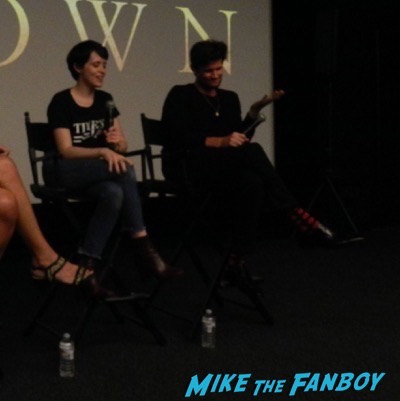 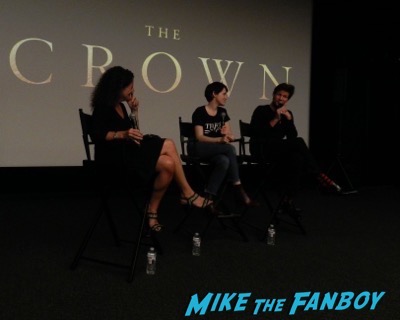 After the panel both Claire Foy and Matt Smith were being rushed out.

Claire did stop for a couple quick pictures and signed my poster and Billy’s poster and then was gone. I also got Matt Smith on my poster but he was ushered off really quick.

Even though they didn’t stay I was happy my poster is finished! 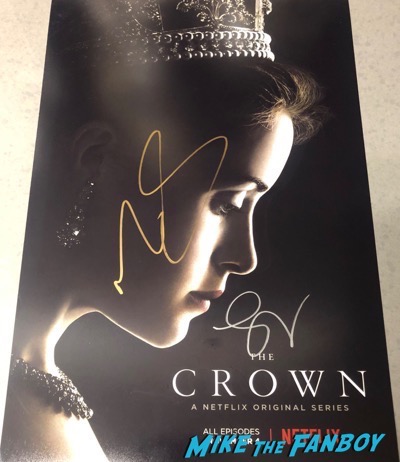