The Good Fight, is the spinoff from The Good Wife, that is getting rave reviews!

Recently, there was a q and a for the series, which currently airs on CBS All Access. 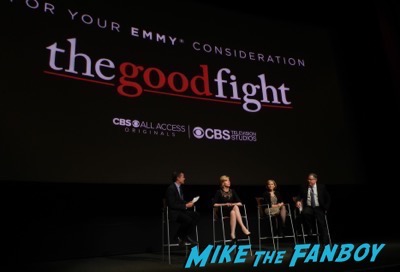 The panel was good and you can tell right from the start that everyone is very passionate about the series.

“We all were a happy family on The Good Wife, in fact we were wanting it to continue. In fact, even Julianna except for the fact she was exhausted.” Mentioned Christine Baranski, “The marvelous cast, crew, we had something sterling silver and gold. Of course the emotional journey came to an end, but it didn’t surprise me there was an impulse to continue it.” 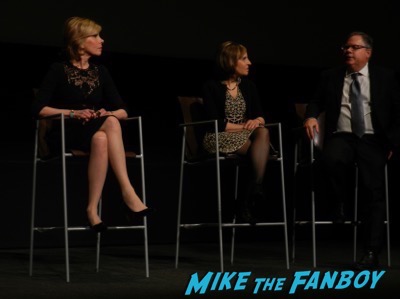 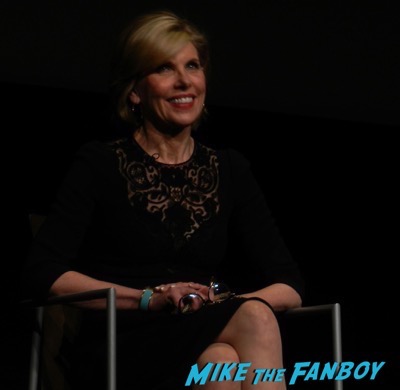 Christine went on to say, “I did this because I wanted to continue working with Robert and Michelle” and praised the two creators for bringing the journey to the small screen.

“Intelligent, well educated, well dressed, these are her characteristics. I love the court cases, ethics, I love being a character who grapples with her morality and the issues of the day.” Continued Christine. 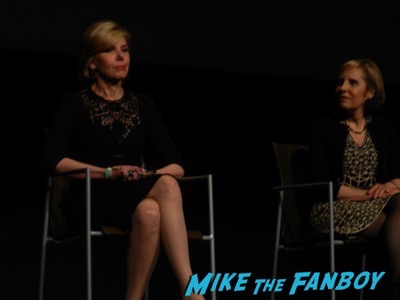 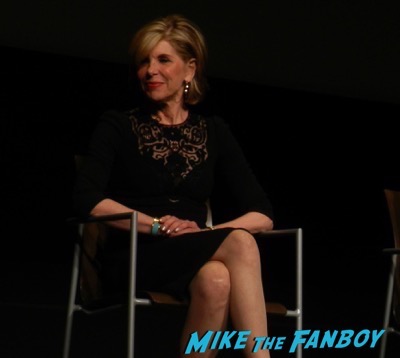 “The original intent was to bring the opposite of Christine’s character and movie Diane to an African-American law firm. We didn’t know how appropriate it was to the times until the new administration came in. It was a way to comment on the new culture.” said Robert King.

When dealing with a spinoff characters sometimes change and now Christine Baranski said that Diane is the same as in The Good Wife and she just suffers a huge fall. The bottom drops out. “It was uncanny to be filming the pilot during and after the inauguration. Diane suffers a complete fall and has to scramble up. I think it’s what happened in the country. No matter how you voted, it was trauma.” 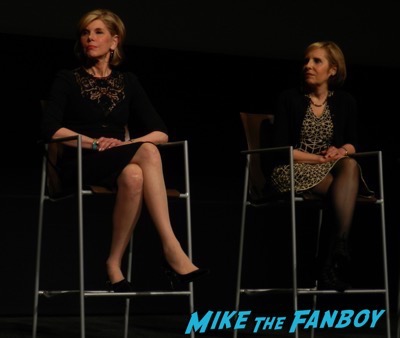 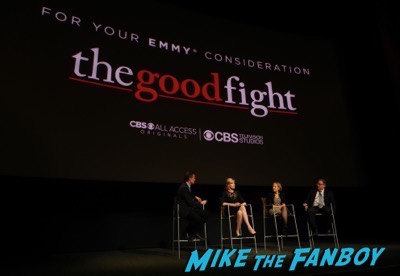 After the panel Christine Baranski and the King’s came out to meet with attendees and sign for people. 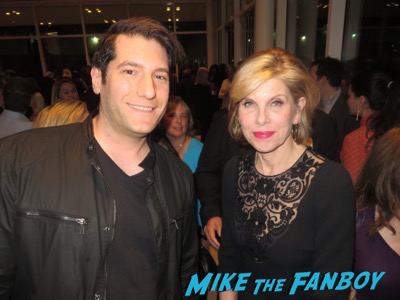 It was a really fun evening hanging out with Lisa, Courtney and the gang! 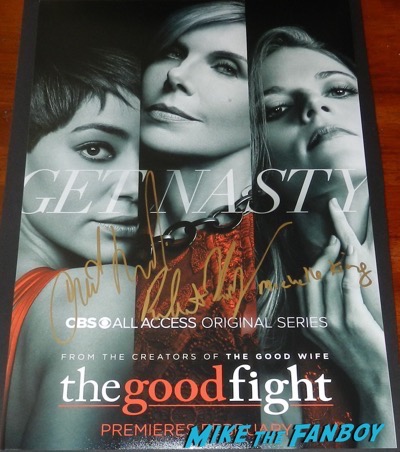