Seriously, one of the best shows this season is The Handmaid’s Tale. I know I’ve talked about it before, but it’s amazeballs and features a career defining performance by Elisabeth Moss and Alexis Bledel.

We were treated to a q and a for the series with the four Emmy nominated stars, Elisabeth Moss, Alexis Bledel, Samira Wiley and Ann Dowd.

Talk turned to season 2 and what will happen.

“We get to see the Colonies in season 2, which is a terrible place they send women to put them to death.” Said Showrunner Bruce Miller, “We’re going to see Moira’s life in Toronto with Luke and opening up to all the worlds. The politics and more flashbacks.” 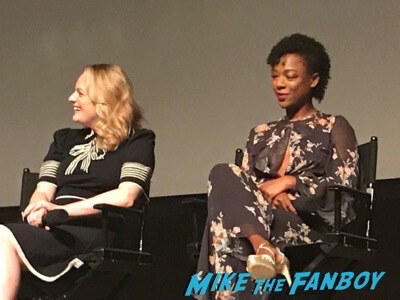 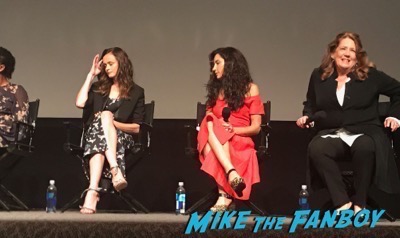 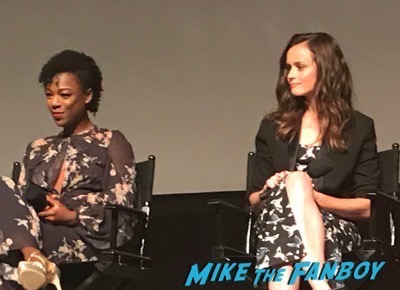 “I read an outline of the season 2 opener and got full body chills.” Stated Elisabeth Moss, “I tell everyone give up trying to guess. I think you’ll all like it though.”

“At the end of season 1, Elisabeth Moss’ character is pregnant and the theme of season 2 is motherhood.” Added Bruce Miller. “What does it mean to be a parent?” 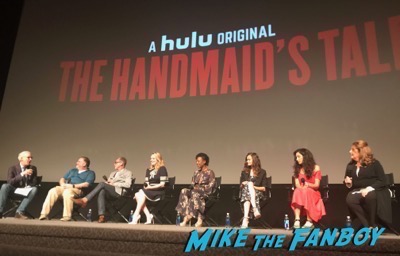 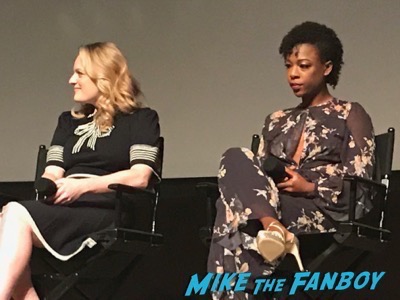 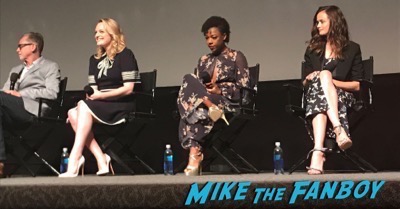 During the finale all the Handmaid’s left without doing the bidding of Lydia.

“It was certainly wonderful to play. Lydia was in charge and to watch it all fall apart in front of her.” Chuckled Ann Dowd. “It was powerful to experience.”

The series is going in its own direction away from the book. 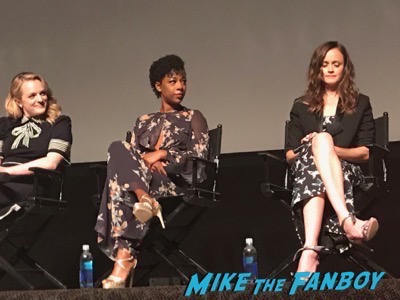 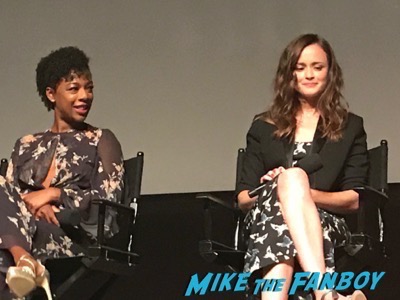 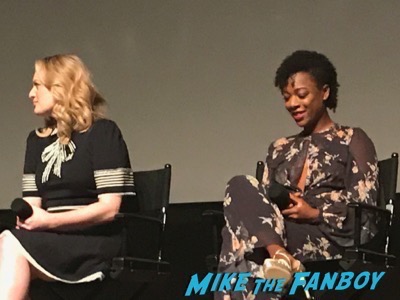 After the panel the cast said they were coming to hang out at the reception and they all did.

It was such fun.

We talked to Alexis Bledel who was very sweet. She did photos with all of us and then signed my Gilmore Girls Pop, a Gilmore Girls poster and my Handmaid’s Tale promo basket. 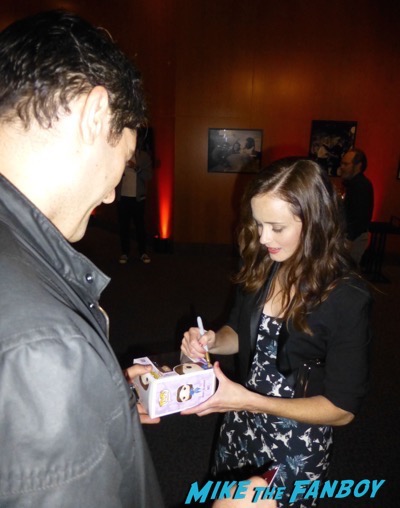 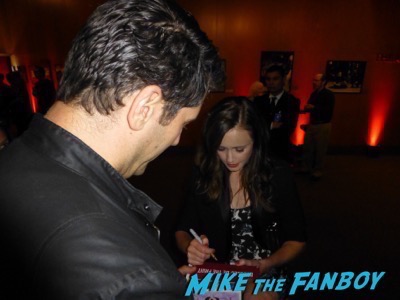 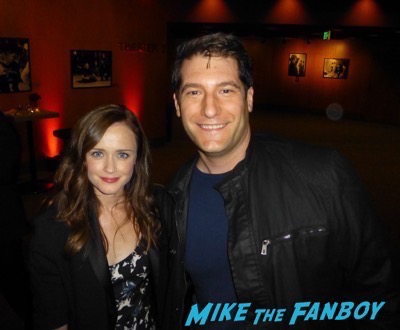 Then Samira Wiley who was not at the reception for the first q and a was adorable. Everyone just made a line and we all got to chat with her. She signed my original Handmaid’s Tale poster and my Handmaid’s Tale basket as well. 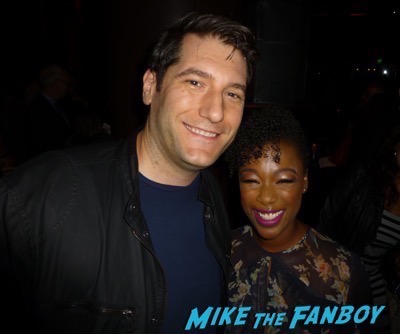 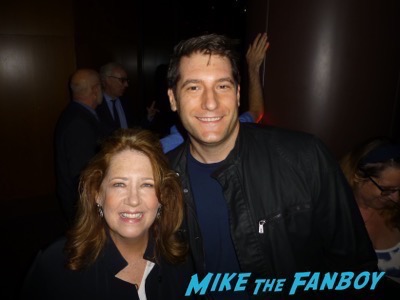 Finally, Elisabeth Moss is so sweet. She saw my Handmaid’s Tale book that was a promo and said, I’ve never seen this? Why don’t I get this? I said, “I bet you could get one, you might know a guy right?” LOL 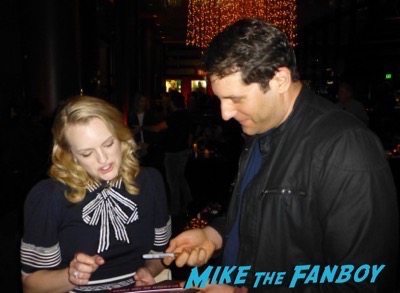 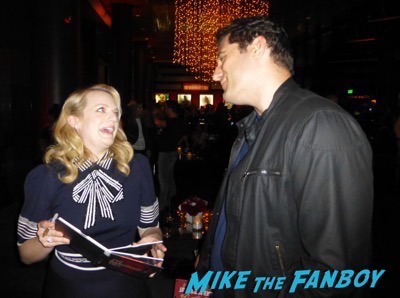 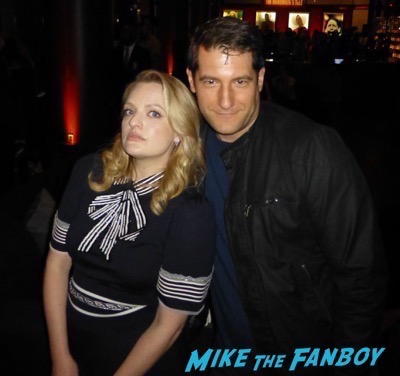 Then, I asked her to do a fun, “Saucy photo” So this was our fun photo.

It was an amazing night and we all had a blast, Scotty and Lisa joined me in this excursion and it was one of the most fun nights! 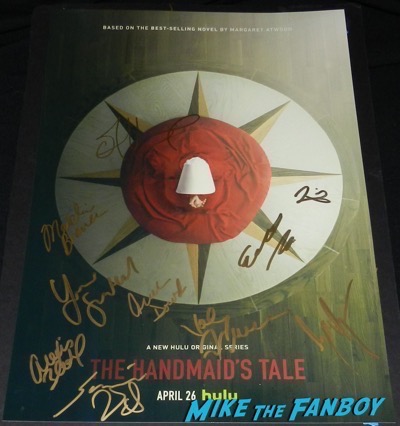 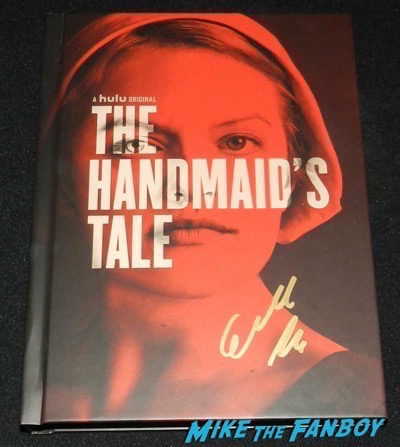 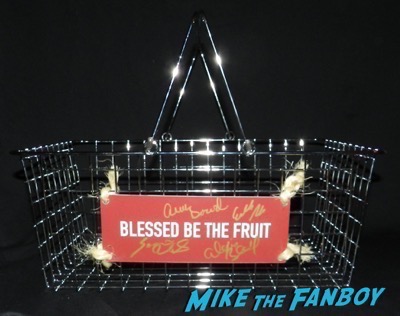 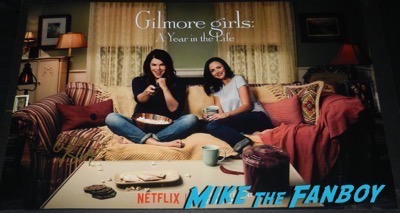 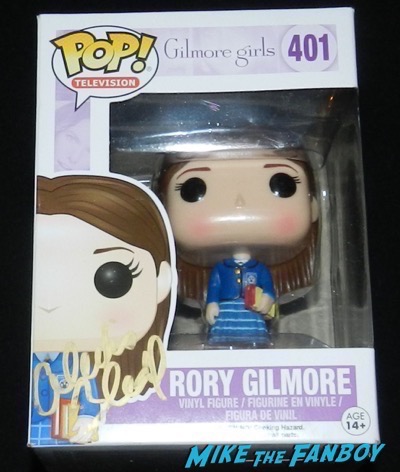