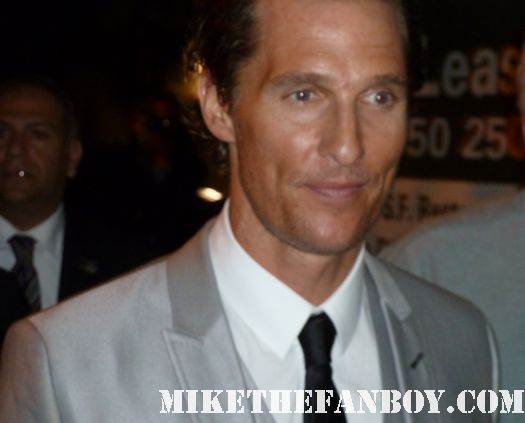 The Lincoln Lawyer… I don’t get that title… I mean really? Okay, maybe I need to see the flick. Cough.. Netflix… Anyway, Mike the Fanboy contributor and all around awesome dude, Scotty went out to check out the the World Premiere of The Lincoln Lawyer. Matthew McConaughey has been known to sign, at least some… and Ryan Phillippe is one of my favs… So, hopefully Scotty will have some luck with at least one of them. Marisa Tomei… Yeah, don’t hold your breath! lol… Check out Scotty’s full report and awesome pics after the jump!

Tonight I made my way down to Hollywood to the Arclight for the World Premiere of The Lincoln Lawyer starring Matthew McConaughey. The cast also includes Ryan Phillippe, Josh Lucas, Marisa Tomei, and William H. Macy to name a few. I was excited about this premiere, as I wanted Matthew to sign my Contact movie poster. Contact is one of my favorite flicks ever and I would love to have it autographed by Matthew and Jodie Foster. 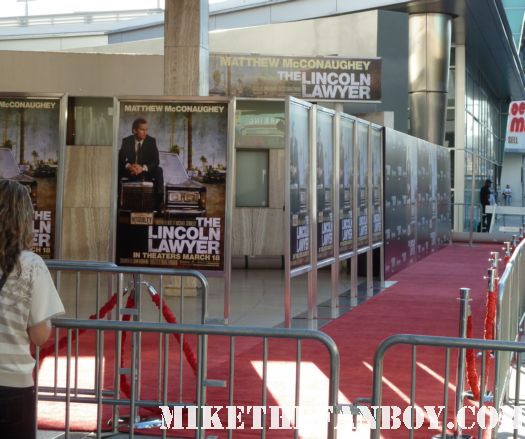 I arrived around 3:30p.m. and saw some of my favorite signature enthusiasts who make their way to premieres as a fun hobby. While waiting, I also met a nice couple from out of town that happened to find out about the premiere online. The wife was hoping to see Matthew and get his autograph.
The stars began to arrive. We were at the opposite end of the carpet and had to peer over all the photographers’ heads to see who was arriving. Michaela Conlin, from Bones, made her way down the carpet. Fans cheered and called for her to come over, but she never acknowledged. It was sad that she stood on the carpet for a long time and could not even give a wave to the fans that were excited to see her. I saw William H. Macy and Josh Lucas making their way down the carpet. I was hoping Josh Lucas would make his way over, as I wanted him to sign my Sweet Home Alabama. Matthew finally arrived. 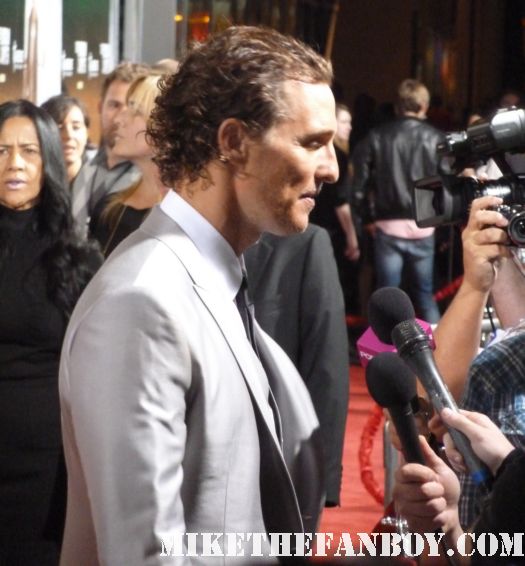 He came in the Lincoln from the movie. Pretty cool moment. 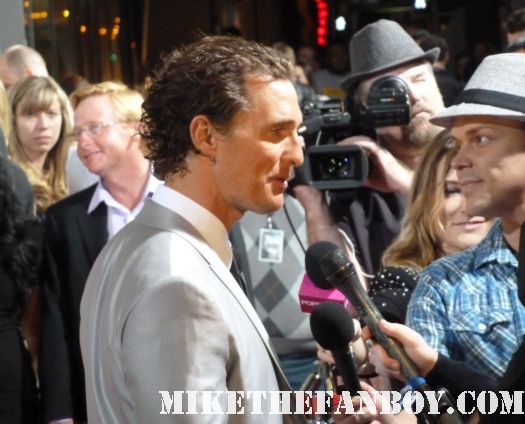 All of the sudden Ryan Phillippe made his way down the carpet and into the theater. We were bummed that he did not stop. A few minutes later, he came back out and walked over to us! 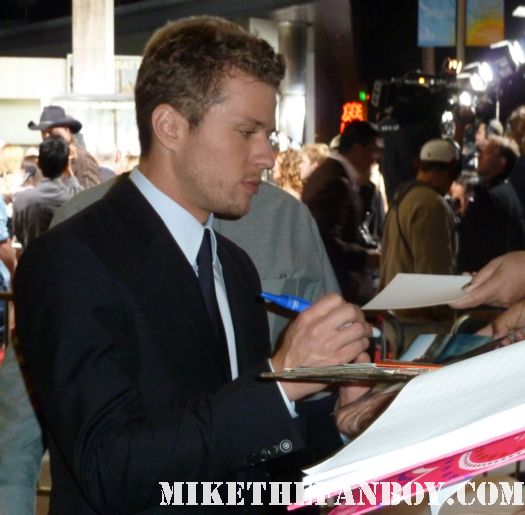 He was so nice and signed for everyone. I had my 54 DVD insert signed. He signed it perfectly below his picture. 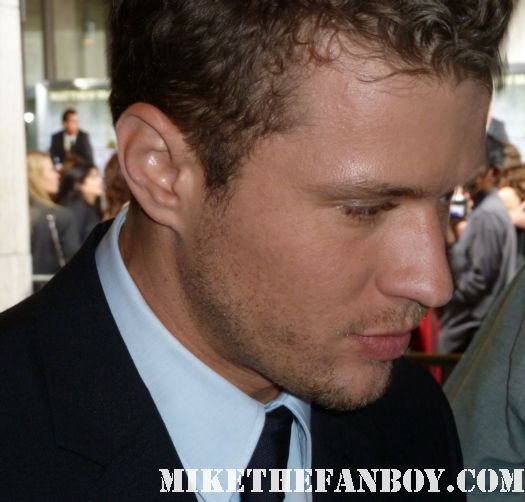 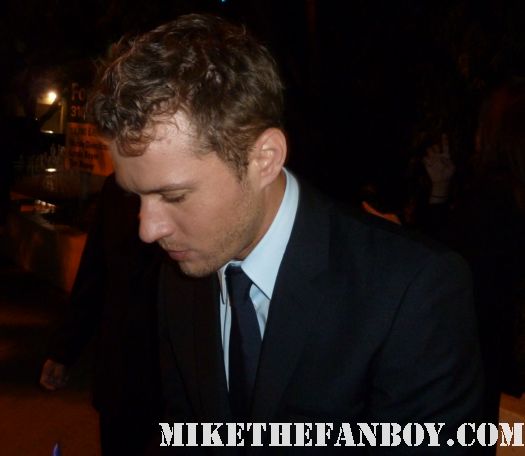 Matthew was now coming closer. He finished interviews and photos on the carpet. Everyone was going wild calling to him. He waved and went into the theater. We were all very disappointed. All of a sudden, he came out and made his way over to us.

He apologized and said he could not sign, but wanted to thank everyone for coming. He shook hands with fans and then went in. It was a “kind stiff.” At least he came out and said thank you, but we all wanted him to sign. Oh well, there will be another time. I did manage to get some cool pictures. 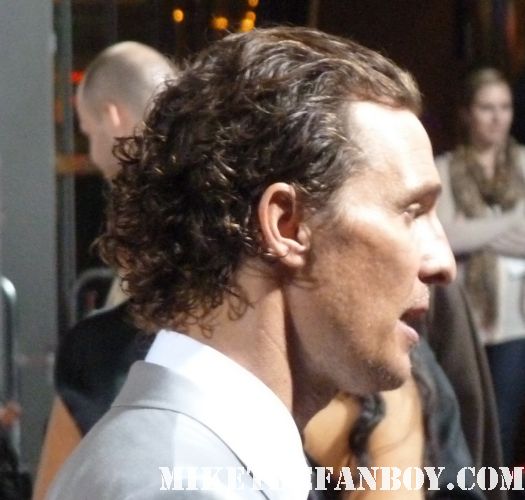 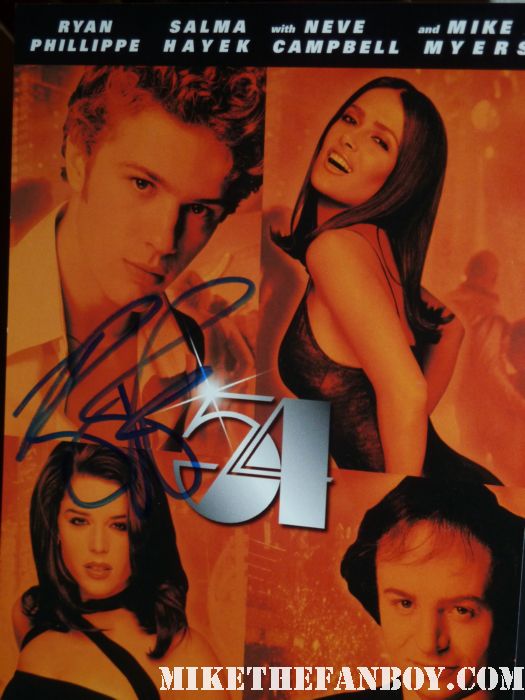