After waiting for a whole week, we finally get a good look at the newest guest in New York. For a vampire, he is strikingly handsome. Not going to lie, I fell in love! Say hello to Quinlan ladies. I was totally distracted by those cheek bones and completely lost in his eyes. Not sure if you even noticed, but he was able to walk under the sun. Now that’s going to stir things up a bit. I’m excited! 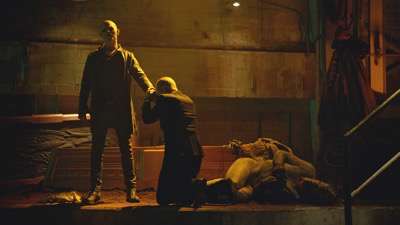 In Washington, Eph reaches out to one of his old buddies Robert to get the biological “cure” on the front lines. He needs to pull all the strings he could possibly can to get this virus refined and mass produced to spread along the affected areas. Robert gets Eph in touch with Lee, who aids in making head way with his mission. Even though there’s a vampire apocalypse going on, Eph finally gets some “normal” time hanging out with Robert and Lee. Let’s just say that the good doctor know how to have fun. Dr. Goodweather seems to be the only one getting the most action in this series.

After some much needed success, Eph and Lee starts their celebration a little too early. I’m sure Eph is glad he didn’t bring Nora and Zach along with him after all. Walking in on Rob’s lifeless body really cramped his style. Bodies dropped like flies the next few seconds. Everyone in the room gets shot, but Eph manages to walk away. He guns down the hitman right before he took his kill shot at him. We have Palmer to thank for all the excitement. He is certainly trying to tie up all loose ends. 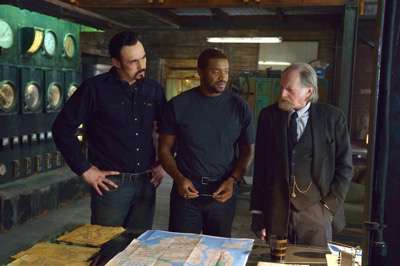 Back in New York Fitzwilliam gives Abraham and Fet some insight into Palmer’s larger plans. They figure out that he is after power and immortality. Palmer wants to be the master’s right hand. It takes a special kind of selfishness when you are willing to burn down an entire city to be Satan’s groupie.

Meanwhile, Zach and Nora are definitely getting along a lot better than him and his dad. Nora is the closest thing to a mother figure Zach has right now. During a trip down to the Police Station, Nora bumps into Justine Feraldo who still looks shaken and devastated by her recent loss. The Councilwoman is barely staying above the madness. 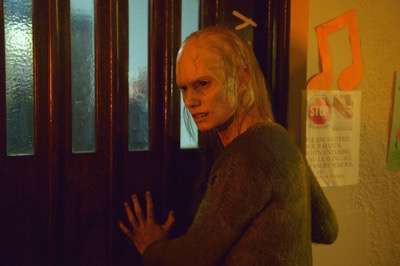 Nora and Zach get a ride back home and it doesn’t take too long for things to turn ugly. Speaking of ugly, the chaos starts as soon as they hit one of the Feelers. They make Chucky look like a Cabbage Patch kid. Terrified Nora and Zach bolt to the nearest church, but nothing stop these critters from slithering inside. Silver may harm them, but no crosses or holy water stands a chance against them. Kelly, who looks like Gollum in heels bursts into the church in search of Zach. For a vampire who was granted “higher” powers by the master, she really got the short end looks wise. 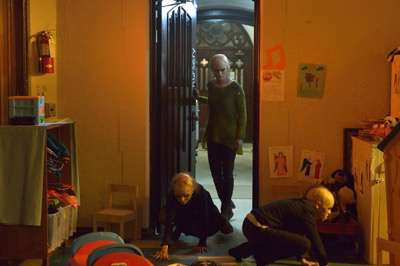 Abraham, Fet and Fitzwilliam gets to the church right on time to war them off. Unfortunately Fitzwilliam’s journey comes to an end cutting his time with the team. Wow, they got rid of him fast.

On a lighter note, Gus is totally having a fanboy moment with Angel back at the restaurant. However, Angel keeps denying his past and fails miserably. His misdirected anger towards Gus backfires when Gus opens up about his own past. The lone wolf is actually looking for a pack and he is willing to earn his stay. 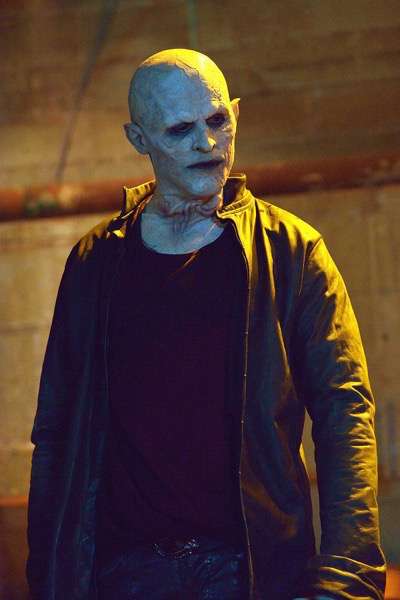 Gus is that one customer who never left. Besides having awesome Indian food day and night, there’s one thing keeping him there for sure, Aanya. She is definitely making goo goo eyes at him. Their not so coy glances back and forth almost make me uncomfortable. At least its keeping them distracted from the ugliness outside. Their bubble bursts when they all head out to make a delivery. Angel seriously needs to take a chill pill. The suckers didn’t stand a chance against Gus. Hopefully Angel will start to see Gus in a new light. Sure, he used to be a street thug. Get over it!

An extremely disappointed Quinlan goes before the ancients. He is not happy with the whole situation, but is here to clean up the mess. Quinlan has an air of superiority even over the ancients. He is not a mere servant, but more like a warrior fighting to his own beat. His unique connection to the master is key to defeating him once and for all. Quinlan is in search of the hunters who came close enough to do irreversible damage to the master. He is ready to find his human soldiers. Where can I sign up? I’ll follow that hunk of a hybrid anywhere! 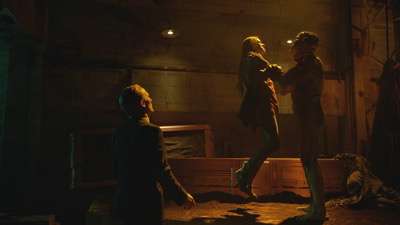 Meanwhile Palmer is growing impatient with the master. He hates being out of the loop. Eichorst thrives on being the master’s only main man and I’m sure he is not too eager to share or loose that honor anytime soon. As a matter of fact, he is expecting to be his new vessel.

Eichorst goes down with Gabriel to see the master. It’s time for him to take on a new form. After standing by him for decades, it’s not too pretentious of Eichorst to be expecting to be the chosen one. Nonetheless, his dreams come crashing down when he sees Gabriel standing beside him receiving the Master’s good and plenty. Outch! That has to sting. Then again, you can’t blame the great one for choosing the young stud over the old prune. The master totally got a much needed make over for the new century. 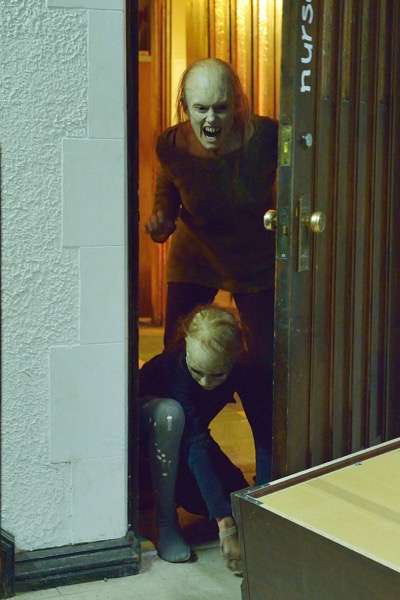 I can’t wait to see more of Quinlan and what will be Eph’s next move? What is Palmer talking about? What’s their next phase of destruction? Kelly got really close to Zach, will she succeed next time? So many questions! I guess we’ll just have to wait and find out.