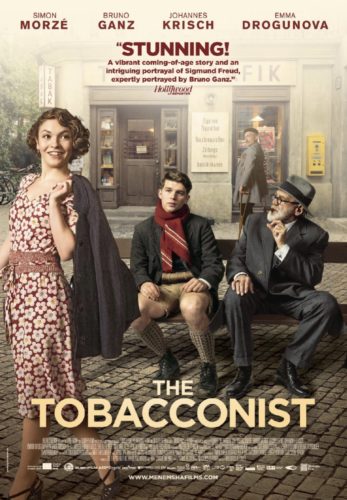 Sigmund Freud’s fascinating last encounter is brought to life with a larger than life performance by Bruno Ganz. “The Tobacconist” showcases another amazing role by the versatile Bruno Ganz and is a fascinating film to discover. 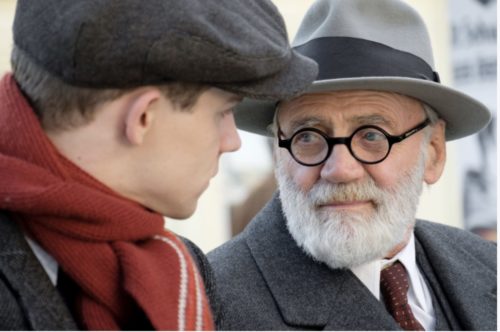 Searching for better opportunities to support his mother, sheltered seventeen-year-old Franz (Simon Morzé) leaves the countryside and visits Vienna. There he becomes an apprentice to Otto (Johannes Krisch), his mom’s former lover and World War I veteran who lost a leg in the war, in his Vienna tobacco shop. One day, Franz befriends a regular customer, who turns out to be Sigmund Freud (Bruno Ganz). Franz’s desires and identity crisis couldn’t come at a better time with his newfound friendship forming just prior to the Nazi occupation of Vienna. As political and social issues swell, their friendship and lives are put to the test. 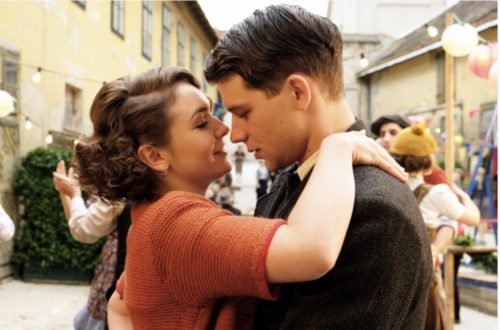 “The Tobacconist” is an entertaining dramatic coming-of-age story set against the backdrop of the Nazi’s arrival in Vienna. The movie might be best described as “Summer of ‘42” meets “Melvin and Howard” with its incorporation of an iconic figure. Rest assured it’s definitely a more sophisticated love story than “I.Q.” and doesn’t have Freud meddling like Albert Einstein in the main character’s life for comedic effect. Like most individuals interested in the movie, you initially check it out for Bruno Ganz. For the past four decades, we were blessed with Ganz’s generous acting abilities and how he amazingly transformed before our very eyes. Once again, Ganz’ genuinely inhabited and captured another larger than life historical figure with Freud in one of his final performances. Once again, Ganz is a revelation! 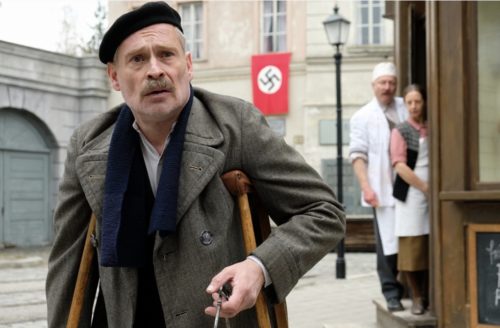 Facing fascism, Freud’s fascination and newfound friendship with Franz is an interesting encounter and story to pursue. A young man’s coming of-age-story and sexual awakening during the rise of Nazism is a cool concept worth exploring. Obviously the poetic license and fictionalized imagination of Freud proves too challenging at times with a historical backdrop despite Austrian filmmaker Nikolaus Leytner’s best intentions. There’s not enough to quite balance it just right and too many subjects being juggled. 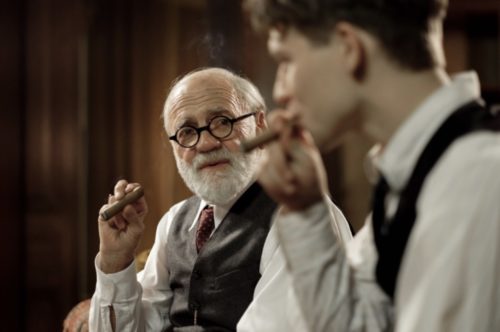 Nonetheless, “The Tobacconist” addresses an amazing assortment of topics like political persecution, burgeoning sexuality, civil unrest, addressing ungrateful lovers, self-realization and accurately addressing nightmare-like dreams. However, it’s the strong showings from Bruno Ganz, Simon Morzé, Emma Dragunova and Johannes Krisch that make “The Tobacconist” well-worth watching. These four fantastic performers provide great emotional depth depicting one of the most difficult, disturbing times of world history. Emma Dragunova and Simon Morzé are sensational surprises. They have cosmic chemistry! However, Johannes Krisch’s Otto completely pulls at your heartstrings as the mentor for Franz. The inconsistent, muddled story could’ve been tightened, but it’s the performances that save “The Tobacconist”

The film frequently teeters back and forth from political and personal turmoil. Luckily, it doesn’t over rely on the Nazi imagery and ghastly Gestapo tactics normally shown to illustrate the terror taking over the country. Director Leytner lovingly illustrates a heartbreaking romance and depicting hormones ravaging responsibilities for one’s desires versus needs. Bruno Ganz’ final farewell is well worth checking out even if the perplexing plot points don’t fully flex psychologically to meet expectations for a “Freud film.” For nearly two hours, “The Tobacconist” is an entertaining, enthralling examination of love in the time of war. Addressing adolescent impulses can be excruciating, but growing up is never easy.

Opening in Virtual Cinemas on July 10 through Kino Marquee