“When the melon hits the fan!” 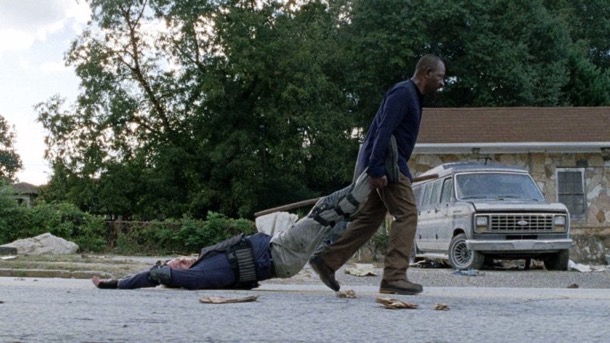 After last weeks’ wet noodle of an episode I’m glad that TWD jumped right back into grabbing our attention! We’re back in the Kingdom as Carol (Melissa McBride) arrives because she wants to speak to Morgan (Lennie James) about what she fells Daryl is hiding from her. When he doesn’t offer up any new information to her she leaves to return back to her cottage. But the key part in this is when Benjamin (Logan Miller) approaches her and asks if he can go back with her because he’s trying to train more and he wants to learn from her. She refuses and little does she know of the ramifications that it will cause. 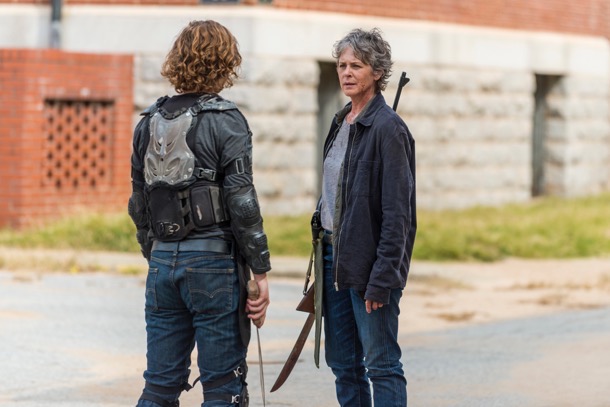 Instead Benjamin goes with Richard (Karl Makinen), King Ezekiel (Khary Payton), and a few others to meet the Saviors for a drop off of some cantaloupes. When they get to the meet there is a discrepancy in the amount of cantaloupes that should be on the truck and the Saviors lead guy Gavin (Jayson Warner Smith) feels that Ezekiel needs to be reminded of his obligations to the Saviors. So the head of the Annoying Savior Committee Jared (Joshua Mikel) pulls a gun on Richard and aims to shoot him but instead moves his gun to the right and shoots Benjamin in the leg. We all thought Richard would go first since Gavin always said that he would but, the reasoning I’m going with is Benjamin hit Jared with his staff a few episodes ago and calls him a prick in this one so I think Jared was just looking for his chance. 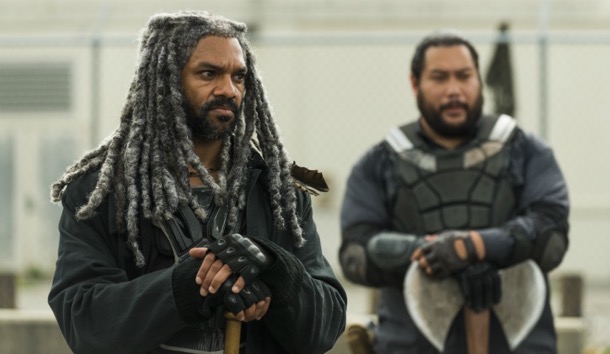 Even though they race to Carol’s first since the Kingdom would be farther they are not able to save him in time and he dies on Carol’s dining table. It just doesn’t pay to be the wide-eyed good hearted one on this show because they always get killed. I had no real problem with Benjamin but I definitely think if he was a part of the big battle with the Saviors he would’ve died there. His innocence represented a lot to Ezekiel and Morgan and we all know something like this had to happen to finally push them to join the war against the Saviors. That being said Benjamin’s death sends Morgan into an emotional tailspin where he wanders out to the grave they had previously discovered that had a sign saying “Bury Me Here” and attempts to slit his wrists out of pain and anger. With images of his deceased wife and son zipping through his head he tries to force the knife but in the end he can’t bring himself to do it. In a complete random fit he kicks a plastic bin over and out rolls a single cantaloupe. He then recalls how when all of them were moving a roadblock of shopping carts earlier Richard was the only one lagging behind at the truck. We all know how much Richard has been pushing Ezekiel and Morgan to go to war against the Saviors so it isn’t an overwhelming surprise that he would sabotage the exchange but to let Benjamin get killed?! 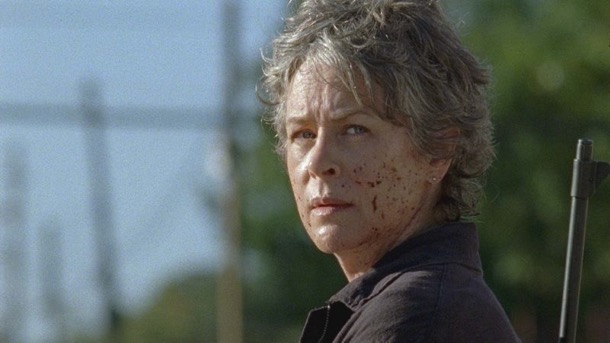 “It was supposed to be me.”

Those are the words Richard offers up to Morgan when he is confronted about what happened. He was willing to sacrifice himself to get the Kingdom in the war but he never thought anyone but himself would be killed. But someone else did. He doesn’t feel good about it but he tries to convince Morgan that they should use this as a way to fool the Saviors and let them think they are still complacent even after such a tragedy. So even after losing one of their own he still is fully focused on the big picture of retaliation. He reveals how he lost both is wife and daughter back when the zombie apocalypse first started because he didn’t take better action in trying to protect them. He stayed on the sidelines and let the chaos erupt around them when he should’ve been trying to prevent it. And now his guilt has taken over his entire inner self and he won’t let it happen anymore. Makinen delivers this story with all the exposed heart and regret that is needed to make us believe that this is a man who has been suffering inside for quite some time and he needs to make it right for himself. He leaves it all out there and even if you don’t like him, you now understand. He tells Morgan that he needs to embrace his ability to kill again or he’s never going to make it in this new time. 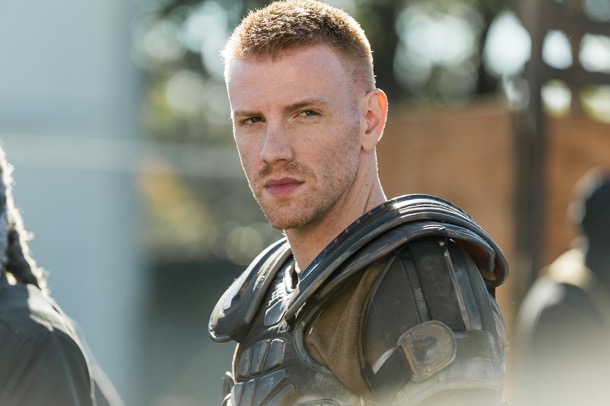 Unfortunately for Richard he finds out that Morgan takes his advice to heart and when they all meet up with the Saviors the next day to deliver that last cantaloupe Morgan blindsides him and strangles him to death. He tells Ezekiel, Gavin, and all there that the whole reason for the missing melon was Richards doing because he was trying to start something between the two sides. He assures Gavin that this is them showing how they understand their role with the Saviors. So Richard’s plan does come to fruition but just not in the way he thought it would. This was such an amazing turn because Morgan had to find the killer inside him again and this pushed ahead with the plan to go against the Saviors.

After he goes and buries Richard in the grave that he had already dug he walks over to Carol’s place and tells her what happened. Now knowing what the next step has to be he also tells her about what has happened in Alexandria, all the friends they lost and how they now serve Negan. Just as he’s about to leave to go on his mission of vengeance she stops him and convinces him to stay at her place as she will now go to the Kingdom. She finds Ezekiel and tells him how they need to get ready to fight and he agrees with her. 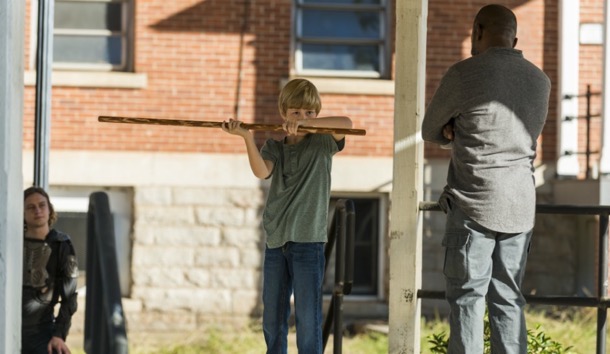 It’s all coming together in this second half! It’s not easy on them but tragic events have to happen to push them all against such a formidable opponent. We needed the guidance of Carol and Morgan to help prepare the inexperienced group of the Kingdom for war. I can’t even imagine the heartache that Carol is feeling now knowing all the terrible things that have happened while she’s been gone. My thoughts are we’ll be seeing the Oceanside group in the next episode because that’s the last step in making this plan happen. Can’t wait for Sunday!!