or Whatever happened to that Tara girl?

So we’ve been taken to Alexandria, the Kingdom, The Hilltop, and the Saviors stronghold and there’s still one more storyline to go! I’m not gonna lie but after the first episode of this season I kind of forgot about Tara (Alanna Masterson) and Heath (Corey Hawkins). I was thinking about how they would react to the two big deaths but after that there’s been so much going on it was kind of an out of site/out of mind thing. So where have they’ve been? 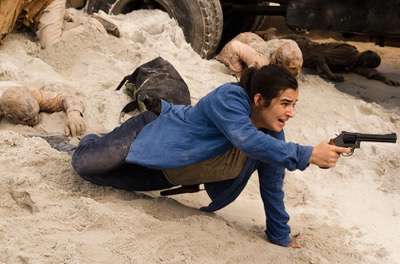 In what is becoming typical fashion for The Walking Dead we are given another time jumping episode that goes back and forth between Tara washing up on the shore of an all-female community called Oceanside and her and Heath exploring around scavenging for supplies. We learn that Tara and Heath were having very bad luck on finding anything and were on their last day of being gone for two weeks. They come across an abandoned camp that had fortified themselves within a bridge for protection (pretty smart actually) but there is no one to be found. Well except for a group of “walkers” that had somehow been buried in sand. Heath and Tara get separated in the fight and Tara falls over the side of the bridge. 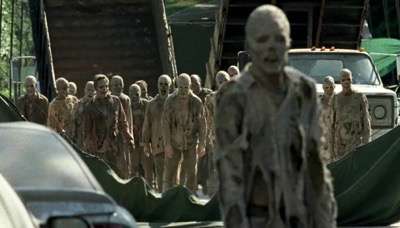 Now back in the present Tara is rescued on the beach by a girl from the community named Cyndie (Sydney Park) even though they have been instructed not to help anyone and kill all intruders at first sight. Well thankfully for Tara, Cyndie is a rebel! Tara unbeknownst to Cyndie follows her back to her camp and sees how they are secretly settled into an area overgrown by nature for their protection but, what she really notices as she quietly wanders about is the massive stockpile of weaponry they have! Well that is until they discover her and after a brief chase she is apprehended. Tara is sat down by the leader Natania (Deborah May) and told the story of how they were a regular community until they were attacked by an outsider group (hmmmm) that slaughtered all their men and left them decimated. So they secretly left their old place and built this new life for themselves. But what they don’t do is trust other outsiders. They offer to let Tara stay as a compromise but, she offers up that they should join them with Alexandria and they can all be stronger together. She tells them of taking out the people at the satellite station and how strong of a group they are. Can you already feel your stomach getting queasy because we know how Tara has no idea what has happened? So after really thinking it over they seem they are open to the possibility and offer to send back one of their people with Tara to investigate the situation. Now obviously I understand Tara wanting to get back to Alexandria but the point has to be made that Tara of all characters is in an all- female community and she WANTS to leave? I guess she’s really missing Denise (oh this is going to suck for her later). 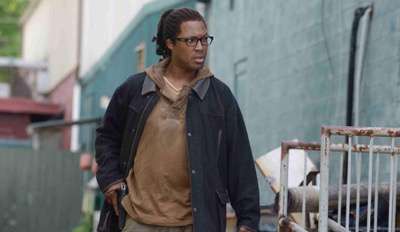 So all seems well and good for her until while they are on their way back and Tara realizes that they’ve just been lying to her and they mean to kill her out in the woods. Thankfully she finds a small window to escape and makes a run for it. But that would be too easy, right?! She scuffles with the one named Beatrice (Briana Venskus) and they have a standoff where Tara tries to convince her to let her go. Beatrice informs her how she has nothing to go back to. She tells her how taking out the group at the satellite station was a mistake because they’ve messed with the Saviors and there’s no defeating them. They know because that’s who took out all their men. Ding! Ding! We all saw that coming, yeah? And just as it’s looking like curtains for Tara AGAIN it’s Cyndie to the rescue as she tackles Beatrice!! Run, Tara, Run! Now here’s where it gets a little too easy for me. Tara finally gets away but Cyndie catches up to her and says she will only let her go if she swears not to tell anyone about their camp. After Tara agrees Cyndie offers to help her get back to the bridge. If it was THAT easy to catch up to her where are the other Oceanside girls? Hmmpf. C’mon Writers!! 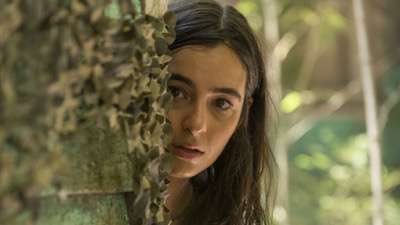 Anyways with Cyndie’s help Tara makes it back to the bridge and fights her way through the “sand walkers” to make it to the other side. But where the hell is Heath? The only sign is his broken glasses, some tire tracks, and a white card that says ‘PPP’ on it. What the randomness is that? Another Scott Gimple mystery because when Tara FINALLY makes it back to Alexandria Heath has not returned. And then the moment happens. It is told even without words as a smiling Tara looks at a crying Eugene (Josh McDermitt) after he opens the gate and you just see all the joy leave her face. Cut to a scene where Tara and Rosita (Christian Serratos) are talking and Rosita asks her what she found out there. Give her something and they can find a way to fight back against Negan (Jeffrey Dean Morgan). She’s willing to do whatever it takes to avenge their fallen friends. But Tara looks at the bracelet on her arm that Cyndie gave her and stays true to her word. Tara tells Rosita she didn’t find anything to help them out there. 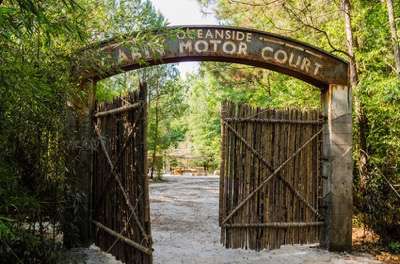 I really feel that this group from Oceanside is going to have something to do with fighting against Negan in the future but for now I guess they go back to their place in the story. Hidden from everyone else. Have to give up to Alanna Masterson for carrying the lead in this episode. She did a fantastic job of portraying humor, sadness, fear, hope, and pulling off a good amount of action scenes. Never had a problem with her before but after this I really hope Tara is with us for a long time.

Can’t wait to check back in with Jesus and Carl next week and see where their adventure takes them!!