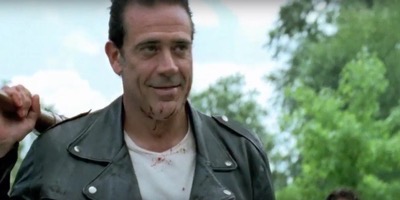 After what was probably THE most anticipated Season Premiere The Walking Dead has ever had this past October the show reverted back to its steady slow-burn pace of character development and small pivotal moments to progress the story. But all the while everyone is just wondering ‘Where is this going?!’ With Episode 8 we finally see what the writers plan has been. 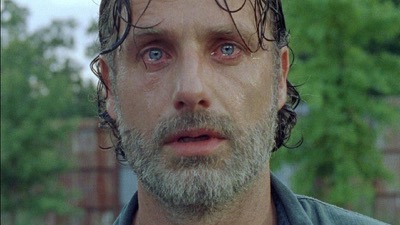 We left off the last episode in Alexandria with Negan (Jeffrey Dean Morgan) playing babysitter to Carl (Chandler Riggs) and Judith while he waits for Rick (Andrew Lincoln) to return. After positive feedback from the Saviors based on the recent supply haul he brings back our favorite snake in the grass Spencer (Austin Nichols) feels it’s his opportune moment to talk to Negan about Rick’s leadership. I knew this guy was gonna turn! He grabs a bottle of liquor and prepares to introduce himself formally to Negan but beforehand has a serious conversation with Rosita (Christian Serratos). He tells her that he needs to be the leader like his mom would want him to and maybe that will help them all in the future. The problem is he wants to stab Rick in the back to do it. Nice way to try to have a redeeming value but you’re still a traitor buddy. After some schmoosing, drinking, and outdoor pool playing Spencer makes his play and tells Negan he should be in charge instead of Rick. With a large group of the Alexandrians as an audience watching Negan play along but obviously sees through Spencer’s plan and tells him that he has “no guts” since he waits for Rick to be gone to make a play. To which he stabs him in the stomach and well, shows him his guts! “There they are!” he sadistically states. With Spencer laying there dead and Negan proudly enjoying the moment Rosita finally loses her nerve and fires her sacred bullet she’s been saving. And misses…..? Huh? Oh she was far, right? No. Maybe 25 feet. Someone got in the way? Well not really, just Negan’s bat Lucille. 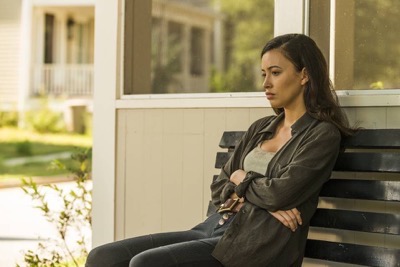 So how did she MISS?! C’mon this lady is used to crazy ass zombie battles where she has to make head shots at a frantic pace under way worse circumstances. I’m sorry but TWD you messed up here. In any event Negan’s minion Arat (Elizabeth Ludlow) takes down Rosita and he demands where she got the bullet from. After she claims she made it herself he smiles because he doesn’t believe her and orders Arat to kill someone. She takes out poor Olivia (Ann Mahoney). The woman who quietly has been doing nothing but trying to keep things together in the community and cowering in fear every time Negan approached her. Well Arat I wish for your death soon. That and that dickhead with the arm tattoos who beat up Aaron (Ross Marquand). Really can’t stand him either. Point being Arat made a farther shot than Rosita and still make it! Big fail Walking Dead! 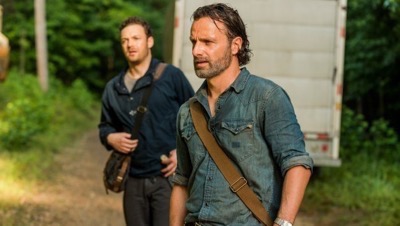 So NOW Rick shows up. Negan informs him on everything plus how Carl tried to kill him. And of course he wants a ‘thank you’ for looking out for Rick. This arrogant douche. Finally Eugene(Josh McDermitt) confesses to being the bullet maker and Negan decides to take him with all the scavenged supplies on his way out. But not before leaving and telling Rick that he still owes him greatly after this incident. When are these guys going to get it? It’s never going to be enough with this guy. He keeps threatening to kill people but you just lost two more so how is this plan working, Rick? 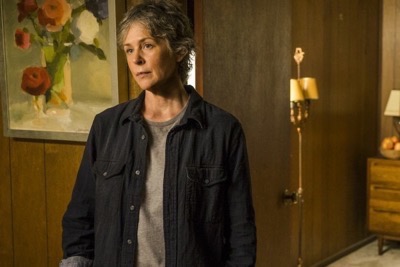 Enter Michonne (Danai Gurira)who is back from her Saviors scouting mission to find Negan’s stronghold. She delivers the most solid motivational speech this side of William Wallace from Braveheart. Without the yelling part of course. She tells Rick that there is a big force in the Saviors but if they band together they can find a way to beat them. They’ve been through tough situations before and they made it. “Only if….WE do this.” 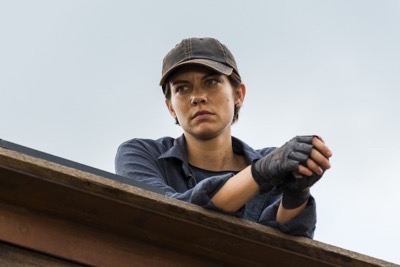 Cut to the community of Hilltop and Maggie (Lauren Cohan) seeing all her friends of Rick and Co. showing up. With the biggest smile she’s had all season she embraces Rick and he tells her she was right that they need to fight back. FIIINNNNAALLLYYYY! This is the turnaround we needed. The sheriff is back! And not only that as he looks behind her he sees Daryl (Norman Reedus) come out. After the biggest Bro Hug that’s been waiting to happen since he was taken you can almost hear the audience applauding to one of the shows favorites back with the group. With the help of person unknown Daryl was able to get out of his cell with a key, sneak into a room to steal some clothes, and escape the Savior’s stronghold. But not before bashing Fat Joey’s (Joshua Hoover) head like a cantaloupe. Hey man, you lock up a guy he’s going to want his revenge. 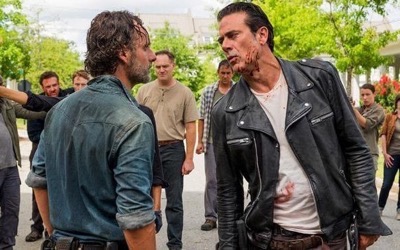 Earlier in the episode we were shown Richard (Karl Makinen) from the Kingdom talking to Morgan (Lennie James) and Carol (Melissa McBride) about taking out the Saviors. He wanted Carol to talk to Ezekiel (Khary Payton) and convince him that they need to strike back. While Carol wanted nothing to do with his cause we can see how the retaliation against Negan is going to have to include the Kingdom at some point for it to be successful. While she gives her reasons for wanting to live her life alone I do find it odd that they’ve made no effort to make it back to Alexandria. Seems weird how she has absolutely no curiosity how they are doing. 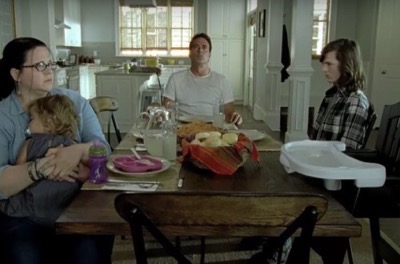 I’ll just end on this first half of the season was depressing and tough to get through at times but considering the way they ended it with the characters deciding to strike back gives me all the reason to look back on these episodes thus far and see it’s all been carefully thought out. We had to see Rick and the Alexandrian group go down to their lowest point so they can rise up bigger against their worst threat. I’m already going to put my theory in that somehow the Oceanside group is going to be brought in to this and somehow they are going to be the deciding factor in Negan’s downfall. In any event the second half should be worth the short wait!

See you in February!!