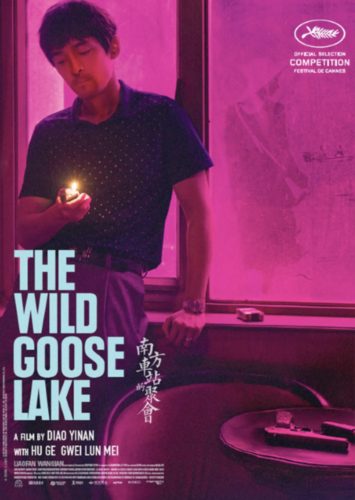 “The Wild Goose Lake” is a phenomenal pulp-noir about a gangster on the run. Director Diao Yinan’s stunning, stylized neo-noir is an absolutely amazing sensation.

Set in the densely populated Wuhan province in China, small-time mob boss/gangster Zhou Zenong (Hu Ge) is desperately running for his life after unknowingly killing a cop during a skirmish. Now wanted dead or alive by both cops and rival gangs, Zhou Zenong must outrun the bounty on his life and seeks assistance with the help of a local prostitute Liu Aiai (Gwei Lun Mei). 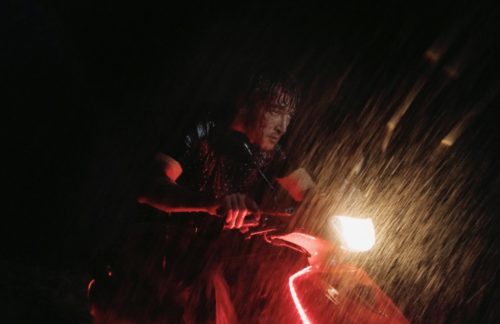 Director Diao Yinan’s masterful follow-up to his breakthrough “Black Coal, Thin Ice,” it’s pretty obvious why “The Wild Goose Lake” was a box-office sensation in China. This pulse-pounding crime thriller pulls you in with its chaotic opening frames. “The Wild Goose Lake” maintains a sublime style much in the realm of “Drive” and “Only God Forgives” mashed up with vintage Michael Mann such as “Thief” or “Heat.” The dark dazzling cinematography creates an amazing aura with a story in the vein of “John Wick” to create an instant classic.

“The Wild Goose Lake” lingers as a captivating Chinese crime noir that’s extremely entertaining and engrossing with its fantastic fight sequences amongst slick neon imagery. Imagine John Woo meets Jean-Luc Godard and Michael Mann with hints of Nicolas Winding Refn sprinkled throughout for an appealing Asian extreme movie. The decrepit, dingy alleys and underbelly of China come to life with wonderful locations. The cheap artificial lights illuminate the putrid province and amazing atmosphere. Considering the circumstances, the anticipation of hiding out might be a slow burn for some, but it beautifully captures what’s at stake- surviving any which way you can. The dimly lit sequences and color contrasts further emphasize the desperation of the leads trying to survive with plenty of amazing fight sequences. 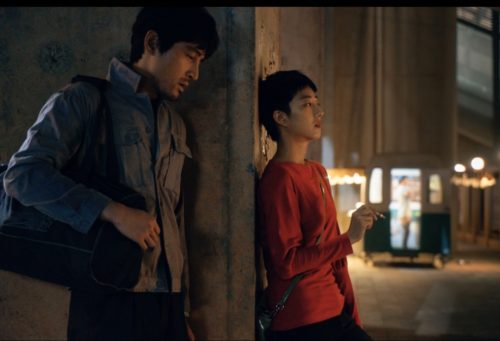 Instead of the standard use of Mandarin, the movie was shot in the Wuhan dialect, adding another amazing feature to the film forcing everyone to actually pay attention to the subtitles and the subtle sayings each character would utter. Director Diao Yinan’s Cannes Film Festival selection triumphs on its own, but is even more enjoyable with a loaded Blu-ray/DVD release. “The Wild Goose Lake” home video release has plenty of cool special features including a Behind-The-Scenes Featurette, interviews with stars Hu Ge & Gwei Lun Mei and a spectacular bonus short film “The Goddess.” Movies like this are exactly why you rush out to buy a Blu-Ray/DVD/Digital copy!