Home / Elisa In The Big Apple • Fanboying! • Marvel / Tom Cruise Oblivion Awesomeness! Elisa Meets The Pop Icon At A Q And A In New York! Autographs! Photos! And More!

I just love Tom Cruise, he’s one of the nicest celebrities out there and I know you’ve read the Oblivion report and such so I’m not going to go into that. He’s just awesome to his fans. Seriously.

Elisa in the Big Apple was lucky enough to attend a rare Oblivion q and a that was shown across theaters across the country. I had tickets to the LA screening but couldn’t go.

Anyway, apparently Tom stayed and took photos and signed for everyone there. Talk about nice. Check out Elisa’s full recap after the jump!

I was lucky enough to accompany my good friend, Dan, to the Lost Angeles Times’ Hero Complex screening of Oblivion last night! This screening also included a live Q&A with star Tom Cruise and director Joseph Kosinski that would be broadcast to screens in other parts of the country! 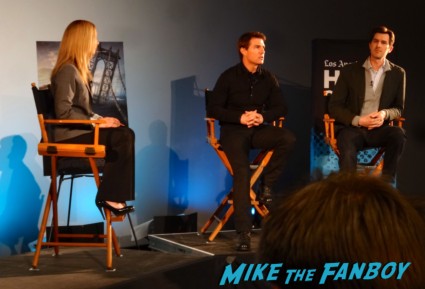 I REALLY enjoyed the film. It was a bit slow to start off but quickly picked up pace with some  great action and gorgeous scenery! Mr. Cruise, Olga Kurylenko and Andrea Riseborough were all brilliant with wonderful and full performances! Morgan Freeman and Nikolaj Coster-Waldau were fantastic as well! (Though I could have used a bit more of the Coster-Waldau goodness!)

The Q&A was insightful and incredibly fun to attend! 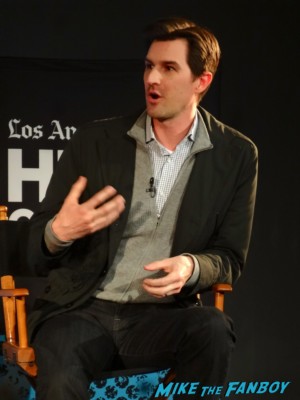 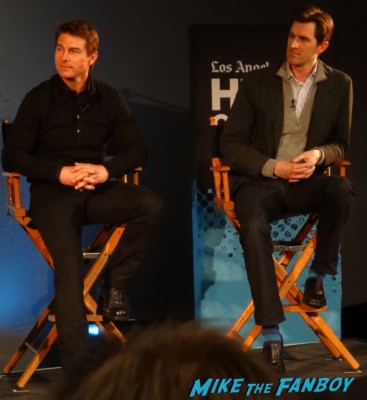 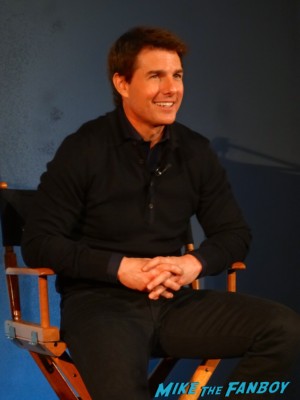 After the Q&A, Mr. Cruise was kind enough to sign and take photos with almost all of the fans in attendance! What a guy! 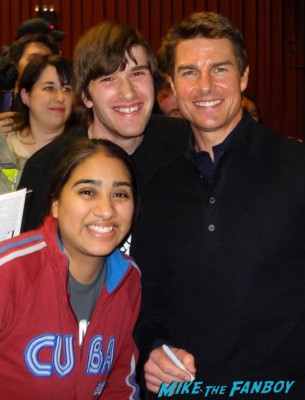 Thanks to MTF Reader, Dan for the photos!

Go check out OBLIVION, in theaters this Friday! If you have the options, see it in IMAX- the visuals are stunning and the sound and score are incredible! 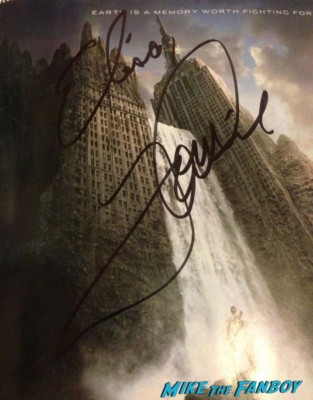 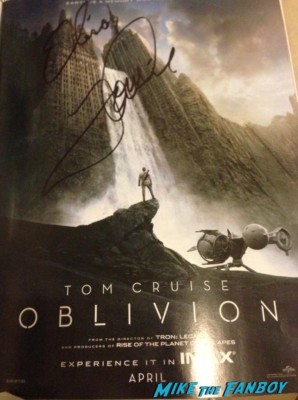