Viola Davis and Allison Janney pair up once again in the unique underdog story “Troop Zero.” For 90s fans of outcast kid movies, this film is for you.

“Troop Zero” takes place in Wiggly, Georgia in 1977, focusing on Christmas Flint (Mckenna Grace) and her fascination with outer space. She frequently sits under the starry sky obsessed with learning more about the universe and dreaming of extraterrestrial visitors ever since her mom died. Being raised by her father lawyer (Jim Gaffigan), who she affectionally calls Boss, Christmas can’t quite relate to girls her own age. The only meaningful mother figure in Christmas’ life is Miss Rayleen (Viola Davis), who works as Boss’ secretary and she considers to be “the smartest person you’re going to meet.” 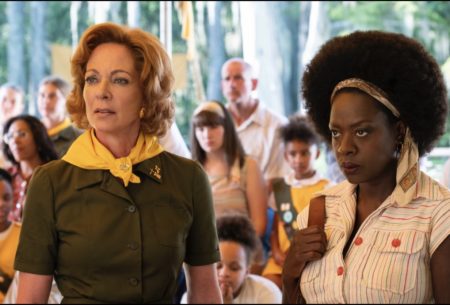 One day while hanging out with her equally eccentric best friend Joseph, Christmas discovers the Birdie Scout Trip will be participating in a competition where the winners will be recorded for posterity on NASA’s landmark Golden Record and their voices will be sent into space. Christmas decides she must join the Birdie Scouts so she can connect with space, no matter the cost. However, the local troop is led by uptight leader Miss Massey (Allison Janney) and her troop despises the outcast Christmas. Not being deterred, Christmas forms her own ragtag group of other elementary school misfits to join the Birdie Scouts. Miss Rayleen is convinced to chaperone the group, but can she overcome the obvious obstacles with this group?

“Troop Zero” contains a fantastic film cast highlighted by Viola Davis, Allison Janney, Jim Gaffigan, Mike Epps, and Edi Patterson which immediately attracts you. Who doesn’t like an underdog story? Adults and children pulling together to learn a valuable lesson is a timeless message. After all, forging friendships is essential no matter the age. Unfortunately, this film formula of misfits seems out of touch with a movie that missed the mark and decade. 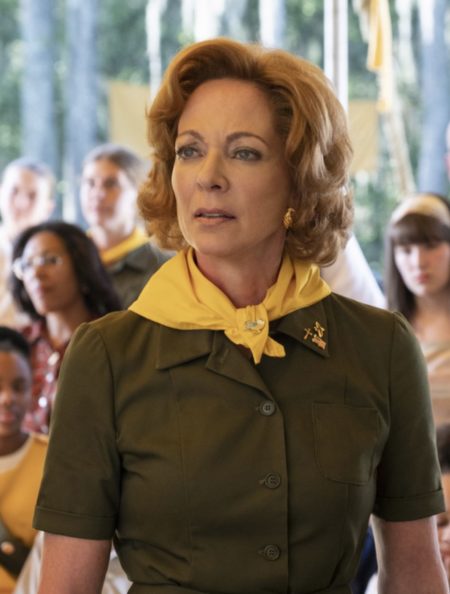 “Troop Zero” may be categorized as something similar to “Little Giants,” “The Big Green,” and “Camp Nowhere.” Unlike other similar storylines along the lines of “Heavyweights,” “The Mighty Ducks” and “The Sandlot,” this movie meanders around with erratic and every once in a while entertaining moments. In the end, it feels like a reheated and recycled dish we’ve enjoyed plenty of times before, but lacks nutritious entertainment.

Movies like “The Bad News Bears” (1976- the remake does not exist in my mind), “The Goonies” and “Stand By Me” illustrated there could be a balance of adult humor and children’s entertainment for the family to enjoy. As a result, all those films are timeless like most of the other movies listed above. Overall, it feels like this cast was restrained and unable to develop a natural chemistry. “Troop Zero” stumbles throughout and feels forgettable like 90s outcast movies “Treehouse Hostage” (starring Jim Varney in a rare non-Ernest role) and “P.U.N.K.S.” (Randy Quaid, Henry Winkler and a young Jessica Alba) which are merely memorable only because of the celebrities involved. 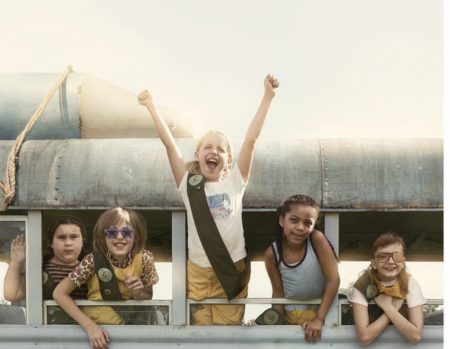 An array of amazing 70s music enhances the movie, but that doesn’t develop the tedious characters. Joseph plays the token character whose feminine qualities are a source of several jokes, but a tragic example of revisionist history with how accepting everyone is of his tendencies despite the decade (1970s) and location (Deep South). Joseph is just the tip of the iceberg and none of the other female troop members are much better. The religious Anne-Claire wears glasses with a patch over one eye, but beyond the visual and her frequent vomiting doesn’t make an impact. Smash is the Hispanic pudgy kid who destroys things and Hell-No Price is the bully, who is one of the few African-Americans portrayed. The idea of color-blind casting certainly should always be implemented, but this rag-tag group feels forced without creating a true identity for each character beyond representing diversity. 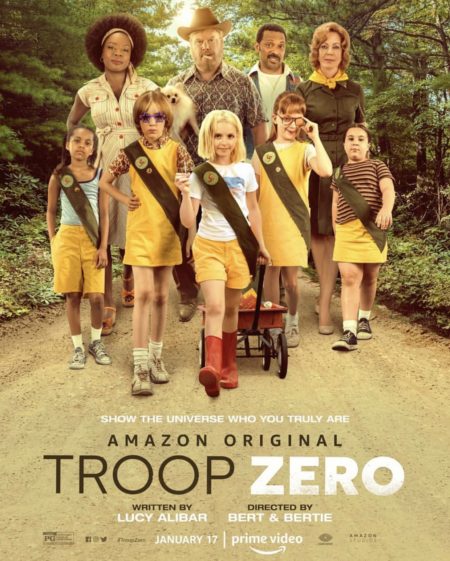 For the past two decades, Allison Janney has consistently been one of the most brilliant scene-stealers popping up in supporting roles like “Drop Dead Gorgeous,” “10 Things I Hate About You,” “Juno,” etc. and oftentimes overshadows the leads. Sadly, she seems restrained and doesn’t deserve being the “rival” like quintessential opposing leaders like Vic Morrow in “The Bad News Bears” (1976), Betty Thomas in “Troop Beverly Hills,” or Kirstie Alley in “Drop Dead Gorgeous.” Instead her character comes across as a tame, timid authority figure who teters back and forth without owning her hostility and hatred for the opposing group. Maybe because of the current climate and oversensitive social norms, the Miss Massey character would’ve been better suited as possessing a demanding, demeaning, and sadistic personality. The conflict between her troop and the titular one feels forced. The rivalry is laughable and seems like a pathetic plot device with the audience feeling indifferent. The same can sadly be said about Viola Davis as well.

Had the movie been more honest instead of politically correct, “Troop Zero” could’ve earned a proper merit badge instead of demerits. Reflecting back, there are hardly any enjoyable characters and only a handful of slightly memorable moments. Playing it safe doesn’t do the film justice and I wish directors Bert & Bernie believed more to develop Lucy Alibar’s (“Beasts of the Southern Wild”) script. Just because Alibar was previously nominated for an Oscar, doesn’t mean more time couldn’t have been spent sizing up the script and allowing the actors to explore the characters further. Maybe if you believe in participation trophies watch “Troop Zero,” but like a TV dinner don’t expect much.