Home / Reviews / Fresh Off The Boat: The Complete First Season DVD Review! Does This Asian-American Comedy Serve Up The Laughs!

1995 was only twenty years ago, but it seems like forever. The decade of CD’s, internet dial up connections, and hip-hop music is hilariously brought to the small screen in the television series Fresh Off The Boat. Based on Eddie Huang’s book, Fresh Off The Boat: A Memoir, the series is a fresh and hilarious look at an Asian-American family’s journey through life. 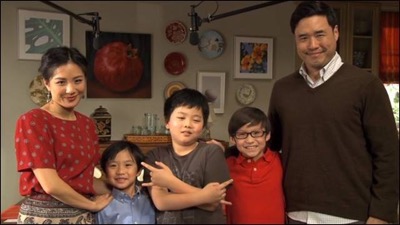 Fresh off the Boat: The Complete First Season is out now on DVD, and it’s the first series to feature an Asian-American family in the lead roles since Margaret Cho was in All American Girl. Eddie (Hudson Yang) is a teenager trying to navigate the world since his family has moved to Florida from Chinatown in Washington, D.C. He’s obsessed with Hip-Hop Culture and fitting in with a caucasian community.

Eddie’s Father Louis (Randall Park) has opened a restaurant in Orlando named Cattleman’s Ranch. It’s not doing well and he’s constantly looking for new ways to bring in business. His wife, Jessica (Constance Wu) is overbearing and obsessed with turning a profit but also making sure she’s her children are still involved in Chinese culture. Eddie has two other siblings Emery (Forrest Wheeler) who has taken to his surroundings quite nicely, and Evan (Ian Chen) who follows all of his mom’s rules to the letter. 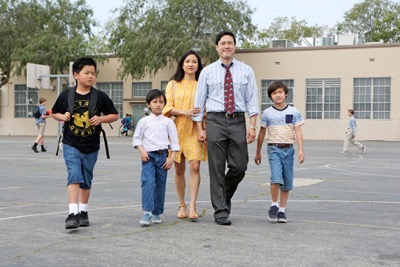 Each of the episodes are a slice of life, Eddie seeing his cousin who introduced him to Hip-Hop now into Nirvana and grunge, or Eddie trying to steal his first “dirty movie.” Each episode is a great look back at the 1990’s and equally hilarious. It’s a fish out of water story but also a great look at the culture clash between Asian-Americans and the lily white Floridians.

Stand out episodes include:

“Home Sweet Home-School” – Where the kids get their report cards, Evan and Emery get happy clouds and faces which does not sit well with Jessica who judges everything with letter grades. Eddie scores straight “A’s” which tells Jessica that school isn’t hard enough and the kids need to go to a CLC, Chinese Learning Center. 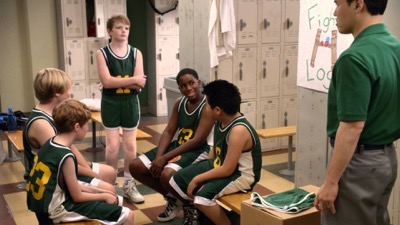 “Success Perm” – Jessica’s family is coming to town to visit and the family tries their best to make themselves look like they are better off than they actually are. Louis makes the employees pretend that they are restaurant guests, Jessica tries to get a better sale price to impress her mother and Eddie deals with his cousins distaste of Hip-Hop music.

“The Shunning” – Jessica is learning to adapt to her new environment and makes friends with her neighbor “Honey.” The neighborhood is not a fan of “Honey” saying that she’s a gold digger. Jessica has to choose between fitting in and her new friend. 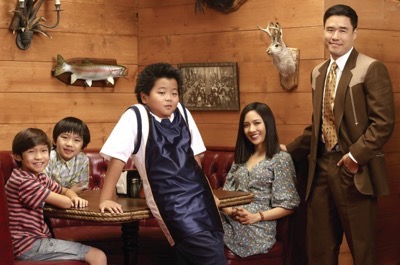 “Phillip Goldstein” – Phillip (Albert Tsai) is a Chinese-Jewish delivery boy and he gets partnered with Eddie because they are the same race. Eddie doesn’t like Phillip, but Jessica loves him because he’s a good “Chinese” boy.

Fresh off the Boat is is spearheaded by the top notch performances of Constance Wu as Jessica. She’s at one hilarious, tough and full of heart. She really brings her A-game to the show. As Eddie, Hudson Yang is great as the sullen older child and has wonderful comic timing. He really carries the series and it’s hard to do, especially for young actors. 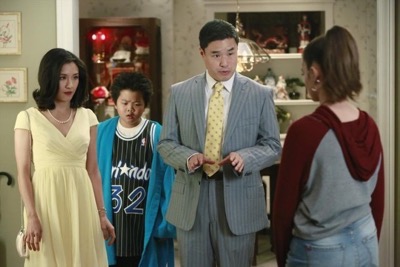 Fresh off the Boat is a charming and excellent look at the 1990’s as told from the point of view of an Asian-American household. The acting is top notch, and it’s one of the most refreshing series on the air right now. I really fell in love with the show and I think you will too. It’s hard right now because there are so many good shows on TV, but don’t let this one slip by you.

Fresh off the Boat: The Complete First Season is available now on DVD! 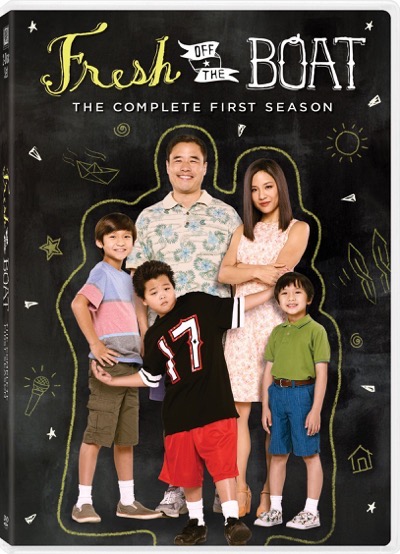