It seems like for the past seven years heading down to the True Blood premiere was a annual ritual for everyone here at MTF. At one time or another we all were there, Pinky, Scotty, Anushika, Erica, Billy, and we have lots of great memories! Some crazy fans, some really amazing days, Some completely exhausted sunburned nights.

So, even though I have been sick, I still wanted to head out for the final True Blood premiere here in Los Angeles. Scotty called me when he arrived and said it wasn’t bad at all. They moved the venue this year. 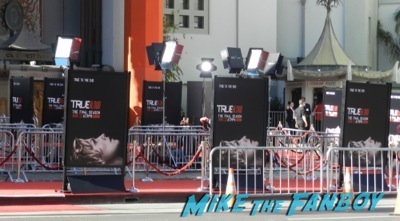 I rallied and ended up jetting down. He was right, the crowd was spread out and I think because of the new venue a lot of people didn’t come. 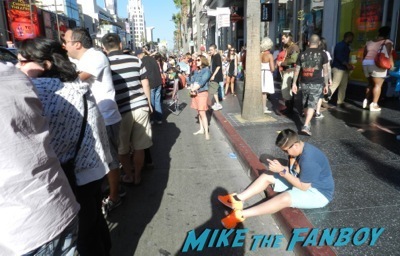 By the time I got there, it was close to 5:30 and arrivals started at 6. You can’t cut it much closer than that. 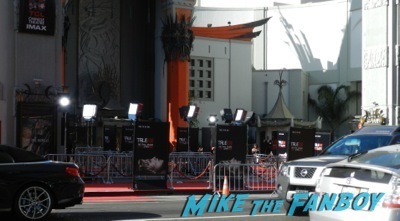 Some of the first people started arriving and I started getting a bad feeling. We saw Kristin Bauer the nicest of the nice, ask about coming over and she was (what looked like to us) told no. 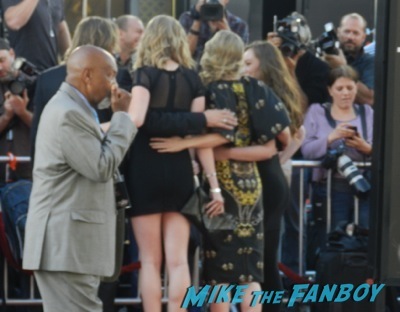 Then Carrie Preston and Michael Emerson arrived. Everyone waved, but that was about it. 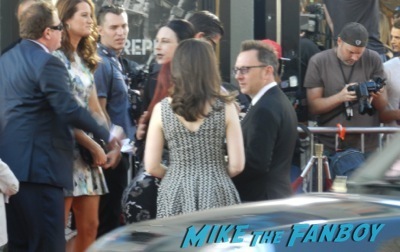 Ryan Kwanten stood there for 10 minutes and barely acknowledged anyone.

Nelson Elis went to the people on the far side to sign (which we were told we couldn’t stand there). Then they moved everyone on that side away. Damn.

Joe Manganiello showed and we barely got a wave, Deborah Ann Woll arrived and waved before heading into the carpet.

When they got to the carpet they looked over and saw everyone and then immediately came right on over. I heard that Stephen said to someone that they didn’t know the set up. That’s one of the many reasons I love them. Seriously. Such cool chill people. No pretension. 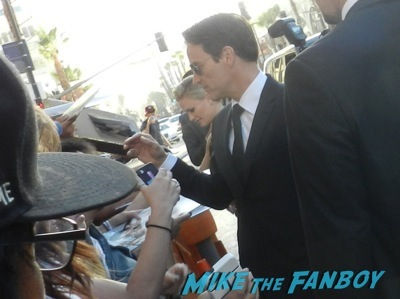 Literally, they signed from one end of the street to the other, crossed at the crosswalk and signed for people on the other side of the street. 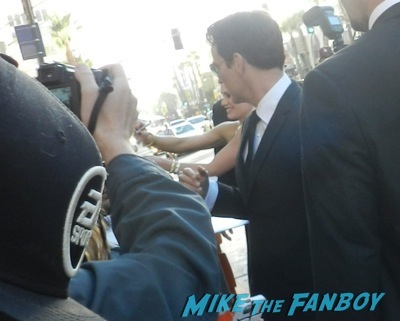 Anna was very sweet, she took her time, did photos, she was happy to switch pens for dark items, Stephen was the same. Two of the nicest people ever. 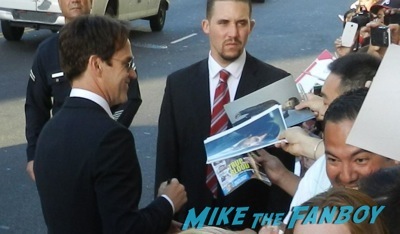 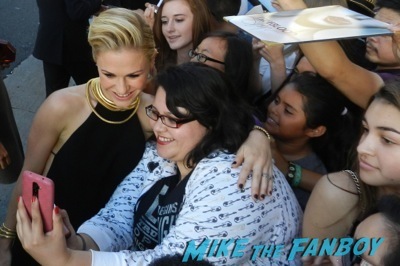 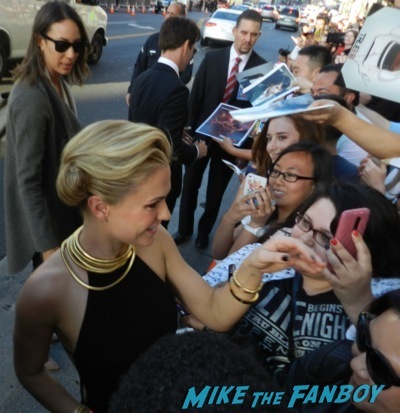 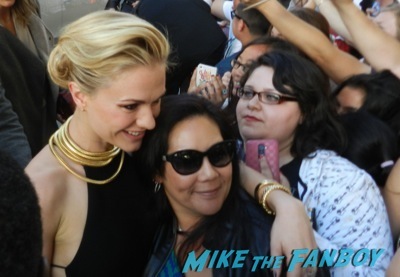 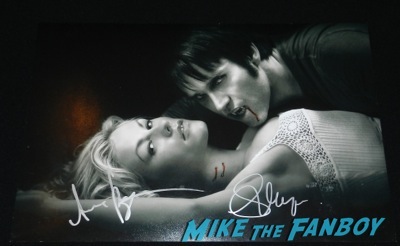 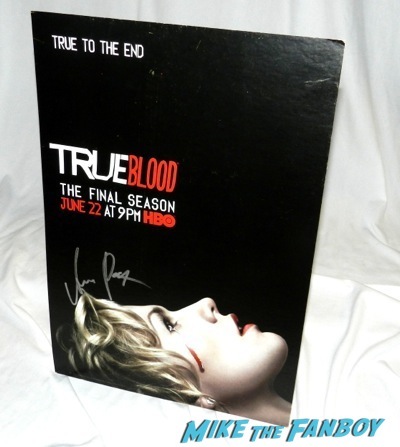 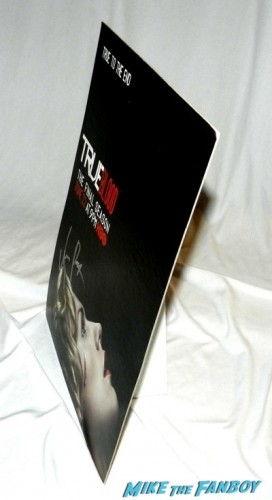 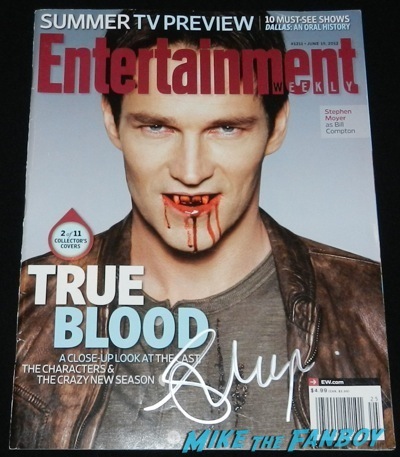 Then Sam Trammell arrived and he saw Anna and Stephen signing and he came over as well. 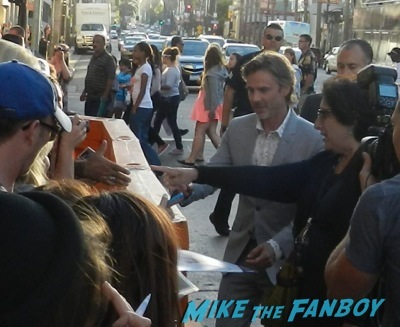 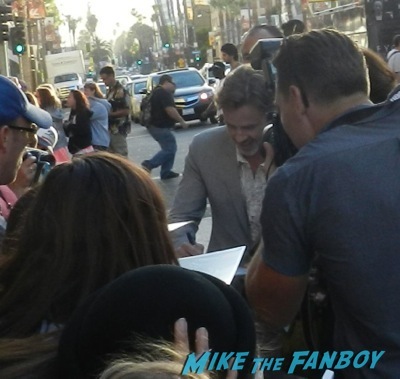 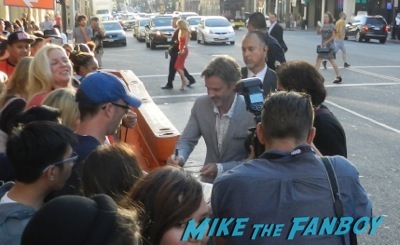 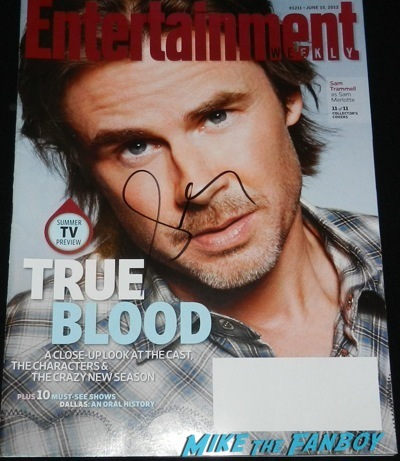 He was kind of rushing down the line, and I don’t know why but he signed my magazine on top of his face. I’m like dude, there’s plenty of room. and it was calm, no pushing… So…. Like… Really?

And that was it for arrivals. I was happy honestly, Anna and Stephen were the ones I really wanted and my counter standee for the final season looks great and the poster from season 2 as well.

Scotty and I grabbed some food, Billy Beer arrived from San Diego and we all decided to wait for the way out.

We got a spot at the barricade on the side and hung out, talked, made fun of Billy’s beard, you know… The usual.

It took about an hour and a half ish but then people started filing out.

It was a tad crazy trying to find people in the swarms leaving, but we spotted Joe Manganiello who was really disappointing. He wouldn’t even look at people an turned his back on us. Like… Wow.

Ryan Kwanten was the same he looked at us, smirked and walked past. I was kind of shocked at the two of them.

Then Lauren Bowles who is nice came over and greeted everyone. She was followed by Nelsan Ellis. I love Lafayette and Nelson is a total trip. Such a great guy. 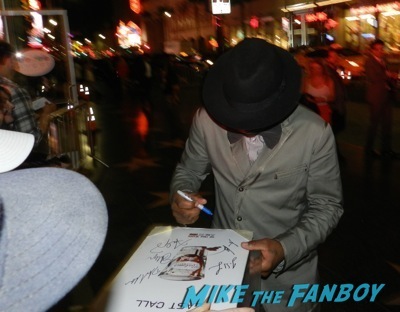 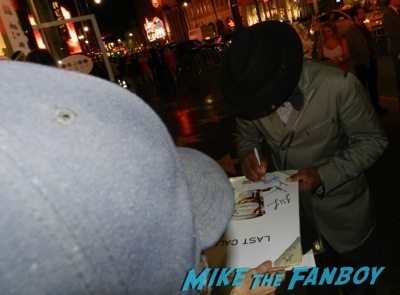 Then out comes Anna Paquin and Stephen Moyer and again, they bee line right on over to the fans. That’s how NICE they are. Anna came down my side first and Billy says to her, “Anna my friend has a ton of magazines for you to sign!” Thanks Billy. Anna was so sweet, she said, “Well, I’m not sure I can sign them all, but I’ll try.” LOVE HER!

I pretty much died right there. Bill got Sookie to sign my magazine. Swoon.

Then at the same time Deborah Ann Woll started at the other end and she was taking her time coming down to greet everyone. So nice. She signed my Entertainment Weekly magazine as well as my LA Magazine cover as well. 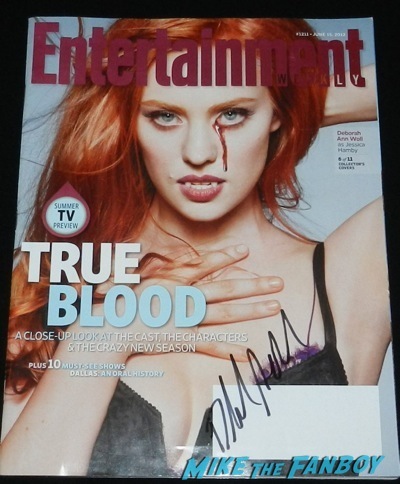 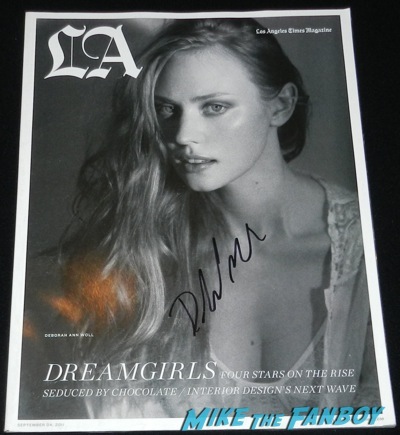 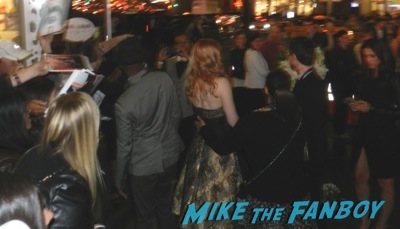 We didn’t see Rutina Wesley but Janina Gavankar came on over! 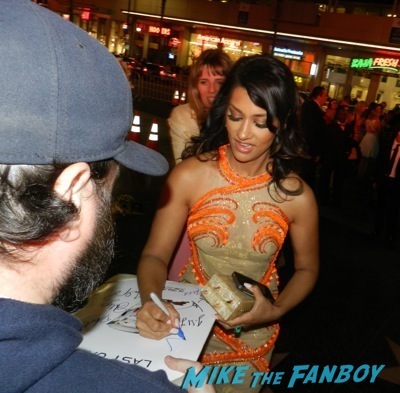 The last one our was the awesome Kristin Bauer! She came right on over and was as adorable as ever.

I was like Kristin, I just need to know if Pam makes it to the end. I need to know. Kristin pursed her lips and wouldn’t say anything. I was like no… I need to know! LOL. She was very nice and signed my Entertainment Weekly cover. 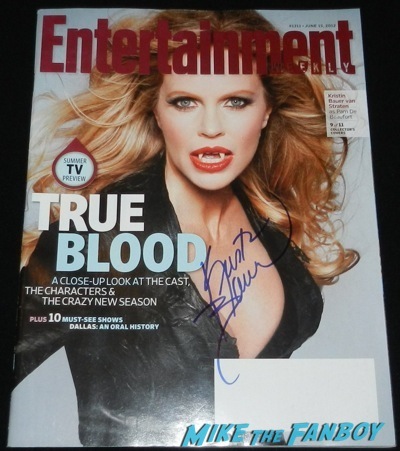 And that as we say, closes the book on the True Blood premieres. I’m a little sad, it was an event that I would always look forward to. For a show I really like. It’s going to be sad saying goodbye!
🙁 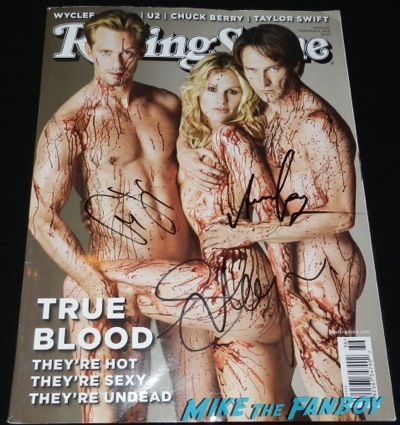 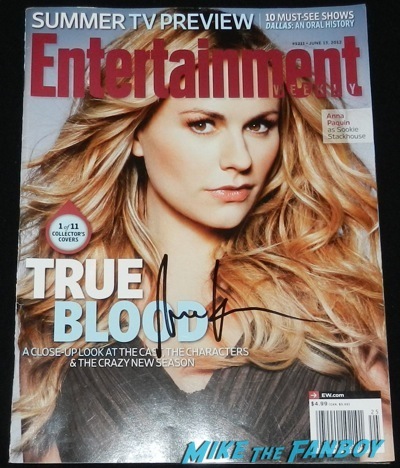 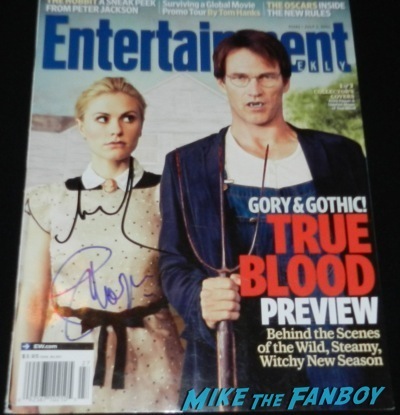