Home / Interviews • The Lovely Erica • TV Heartbeat / TV Heartbeat Interview! Kevin Durand talks about life under The Strain! Almost Getting Stuck in a Tunnel! What’s Next for Fet!

“Thank God for Carlton Cuse,” Kevin Durand says, about a week before the first season finale for The Strain. Friendly and cheerful, Kevin is the opposite of the dark and foreboding characters he often plays including Martin Keamy from Lost. Kevin is chatting about how he got the role of fan-favorite exterminator Vasiliy Fet. “I’m so grateful that Carlton thought of me for both characters (for Lost and The Strain).”

“I was prepping for a film called The Captive that I did for Atom Egoyan; I lost like 40 pounds, and I had this little mustache, and I looked like a very different person. Then I found out that Guillermo and Carlton wanted to meet me on this project. After I read that first book I was like ‘there is no way that Guillermo del Toro and Carlton Cuse are going to see me at this big, robust, heroic, stoic fella, Vasiliy Fet,’ because I was so skinny and sick looking…Every day since I’ve been so grateful for that meeting, because in playing him I don’t know if I’ve ever had so much fun, ever. And also in watching it, it’s been so incredibly gratifying to watch the season unfold.” 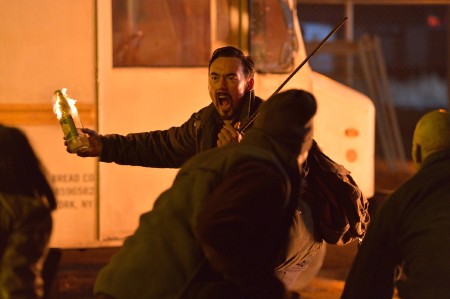 “What’s really satisfying is to see Guillermo, who is such a lovely, charismatic visionary, actually get those nightmares out of his head and onto the screen. And I’m so grateful to be a part of it and help him tell the story.”

Unlike the stoic, scary characters that he often plays (X-Men Origins: Wolverine, I Am Number Four, Mortal Instruments), Fet is a livelier, even compared to the original books: “I hear that he’s [Fet’s] a lot more of charming, kind and happier than people had anticipated, but I kind of always saw that. He really finds himself within this apocalypse and is blooming like a beautiful Ukrainian flower amidst the apocalypse.”

“He’s a master at exterminating, and this new world really needs him and I think he’s so happy to step up to the task. I mean he’s making googley-eyes at this girl when the world’s going to crap. That’s because he’s very comfortable. He’s ready. He knows that if there’s anyone for the job that he’s the guy.” 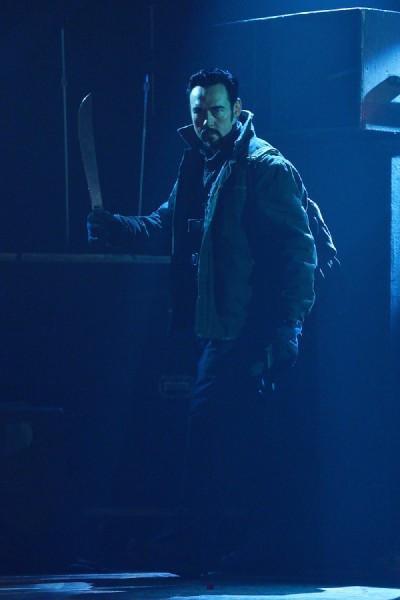 Those “googley-eyes” are aimed at Dutch (Ruta Gedmintas), a new character invented for the TV series. “Her fate and what she ends up doing within the show are completely a mystery to me. It’s one of those things that I’m so excited about with this show is that we really don’t know what’s going to happen. “

“Obviously, she’s not hard on the eyes, but she’s hyper intelligent. She’s rebellious like him. She’s tough like him. She doesn’t take any crap like him, and he really gets a kick out of it. I think he sees she’s kind of reflecting to him kind of like a mirror in some ways in the short time that they have known each other, so he’s just intrigued.”

At the start of the show, Fet is a loner and now he’s a key part of this odd group under unique circumstances so he has definitely changed over the course of the show. “When you’re in a group of people under such a high level of duress there is a very high, intense level of bonding amongst the group. So I think the idea that Fet will develop feelings for people within this group would definitely raise the stakes for him and probably put fear in his heart.”

“It’s just like Setrakian has told us before, he said ‘love is our downfall.’ And I think of him [Fet] being a loner up to this point, like even seeing that he hasn’t seen his father or mother, he’s been estranged from there for years. He hasn’t really had to account for anyone for a long time, and now he seems like he really, genuinely respected Setrakian. I see a relationship budding there, like a father/son relationship. I don’t see a whole lot of love lost between him and Eph but, who knows, they may become friends. I don’t know. But I think that that might be the thing is connection to these human beings under that duress may take him to that point.” 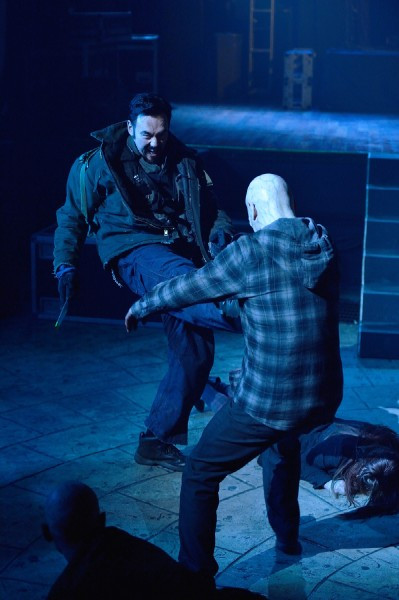 One notable aspect of Fet is his accent which isn’t anything like Kevin’s native French Canadian accent or the flatter American one that he typically uses. Kevin is using a mix of New York and Ukrainian for Fet that shifts a bit depending on the situation: “If he’s hanging out and talking to his dad, like that one scene, it gets a little thicker, because it kind of brings out the Ukrainian. If he’s just hanging out with some dudes from the neighborhood then he definitely gets more New York. So it’s been really, really fun finding it, and I’m excited to keep finding it every day.”

But his accent isn’t the only things keeping the set lively! Kevin talks about the narrow tunnel the group runs through in the penultimate episode. “They brought me in a week or two early to see if I could make it through that hole, because they knew that I was the biggest one in the group. So I just shot through it really quickly, because I have way too much confidence in my athletic prowess. I was like, ‘Yes, look at that, big guy could do it really quick.’”

“I didn’t keep in mind, I didn’t do the math and realize that okay, well, Fet has this really thick, bulky jacket plus his knapsack. I got to set and Mía [Maestro aka Nora] just shot through that thing like a lightning bolt, and I was like, “Oh, I have to beat Mía’s time,” in my head. I got in there and right from the start I could hardly move, and the panic on my face it was a real panic, like I don’t know how I’m going to get out of this. It really happened, I really did almost get stuck. It took a lot of me maneuvering muscles that I didn’t even know that I had just to move half an inch forward. So, luckily I got out. I’m here right now, still alive.”

“It’s just been such a blast and so much fun shooting. I mean we had long hours, it was cold. I know that a lot of the cast members found the climate to be a bit challenging [see my interview with Sean Astin who really didn’t like the cold!]; however I’m from 20 hours north of Toronto so I felt really at home. So challenge wise I feel like all my preparation was there going in and my challenge was just to try to be the best that I could be every day.”

“I started working with this group, who are all such great actors and people that I genuinely fell in love with, became friends with; it was really rewarding to get to bounce ideas off of each other and move the narrative forward and find moments. Yes, it’s just really great to be a part of that group.” 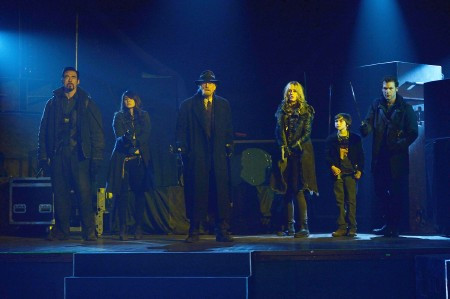 In fact, Kevin is getting more social with his recent foray into twitter (@onemightytree) and his first live tweet with the second to last episode: “I was so excited and had so much fun. I’ve always been so against doing the social media thing. I don’t know, my head must have been up my butt. I’ve just been so scared to share stuff. I thought I should stay mysterious, kind of. But I have to say since I’ve joined I’ve really enjoyed being able to see immediately people’s reactions and have communications to people who are watching the show or other projects that I might be a part of. Luckily they’re not tweeting and saying, ‘Wow, Kevin Durand, you really suck.’” 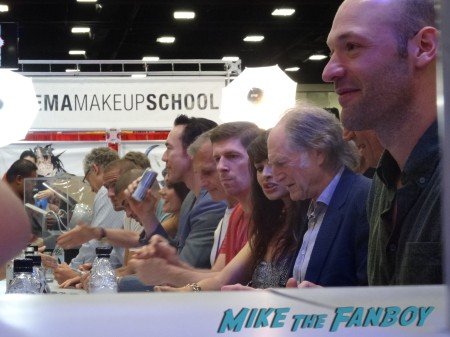 So what lies ahead on the second season of The Strain?

“I can’t even tell you what I might be up.” Book/graphic novel readers may have a good idea of what’s ahead, but “the books have really served us but they’ve been almost like a skeleton. Then Carlton Cuse and Chuck Hogan and the amazing writing room t put the flesh and the blood and the muscle on that skeleton as the season goes.”

“And one thing that’s interesting in the transition is in the second book I have a lot of — well, in the first book it starts and then I have it all the way through the third book as well —but Vasiliy is journaling a lot. So for me I’m starting to read the second book again just so that I can try to figure out how to play that kind of between-the-lines. He goes through this almost like a rebirth; as everything goes to crap Vasiliy keeps getting stronger and more confident and more able. So I’m really looking forward to that evolution.”

Fortunately for us, there is a second season of The Strain on the way!

What else do we know about season 2? Well, Guillermo and Carlton originally planned to take the second book in the series, The Fall, and stretch it over the next two seasons. (Read more about it here.)