I admit, I like Peter Facinelli. Now, I’m not a Twilight enthusiast like so many others but that’s fine. Peter is awesome on Nurse Jackie and in Can’t Hardly Wait as well. Gosh, I can’t believe that Can’t Hardly Wait was so long ago… He was also in a short lived series called Fastlane. Yep, my brain is bulging with so much random info. It’s nuts.

B-Mart wrote a great recap about meeting the Fanged star at the Nevada Women’s Expo where he was promoting giving blood and doing a signing.

Check out the full recap below! Great job man!

This past weekend (Saturday March 23) I had the opportunity to meet Twilight and Nurse Jackie star Peter Facinelli at the Nevada Women’s Expo! Full Recap Below!

I was driving to work about a week and a half ago and I saw a billboard from something called the Nevada Women’s Expo where it said “Meet Twilight star Peter Facinelli”. I had heard no publicity about this event until then and I’m usually on top of things in my town. After I saw the billboard, it was played maybe once on television. Therefore I thought it would be limited amount of people when I went. I looked the event up and he was even signing for free for 3 hours to promote giving blood (get it, Twilight…ok bad joke) as well as Breast/Diabetes cancer research. I’m all for helping out, especially Diabetes research because my mom passed away of Diabetes. All you had to do was pay to get into the convention, which was filled with shopping and gossip and girl stuff. I was going to fit in great (kidding).

I get to the convention about an hour early with a couple 8x10s for me and my friend Dave and there was no one there in line. So I decide to start a line because all of the shopping stuff did not interest me. 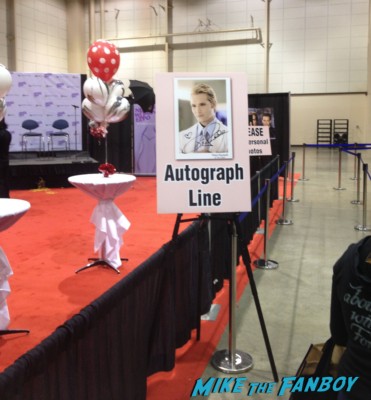 I talk to some great fans while waiting for Peter, even a girl with a Twilight wrist tattoo and who has met Peter 3 times. I should mention that I am the only guy there that isn’t with their girlfriend, which there were about 2. 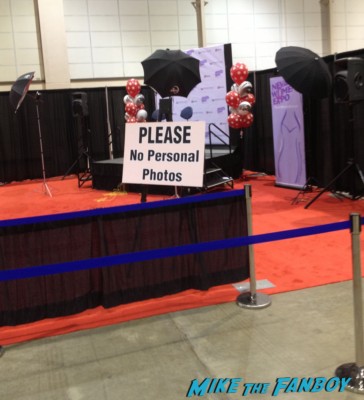 After waiting about 30 minutes, Peter comes out to meet people who were VIP. (To get VIP, you had to give blood the previous two weeks. I wish I could have done that but I got a tattoo two weeks ago and can’t give blood). He is very nice and signing anything and everything from DVDs to dolls to books. While this is happening, I am talking to his publicist in the autograph line. The photo op line was $25, which I did not wanna do. I like my photos free (lol). 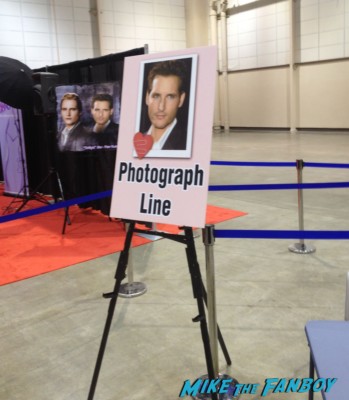 I tried to talk to her to get a free one, but no luck. Least I tried! 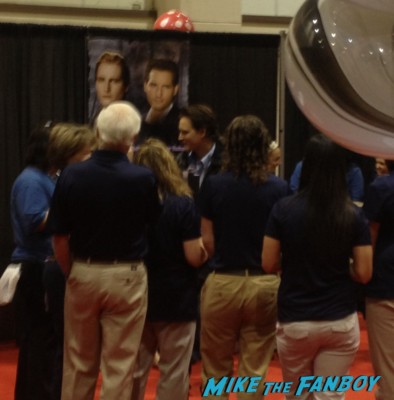 The time came and I was the first to meet him! I almost got interviewed for the news. 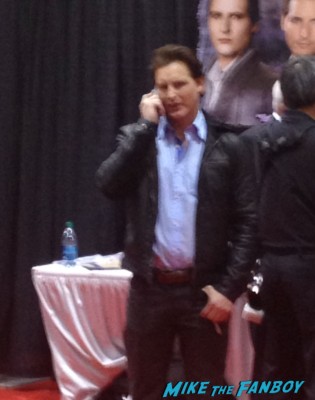 He was very friendly and asked if I wanted them personalized. I was like Sure! He even added the Carlisle Cullen inscription without me asking for it and signed the Nurse Jackie photo I had for my friend. He was impressed I had something non Twilight.

Overall, he basically made the day of so many middle aged women and little girls! Such a great guy and for a great cause made for a great day. I realize he was getting paid to be there but I have heard he is awesome elsewhere too and it was great to see it in person. 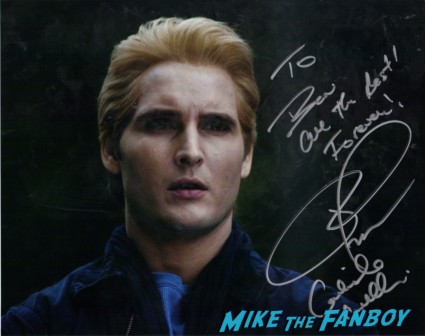 Until next time everyone, B-Mart out!