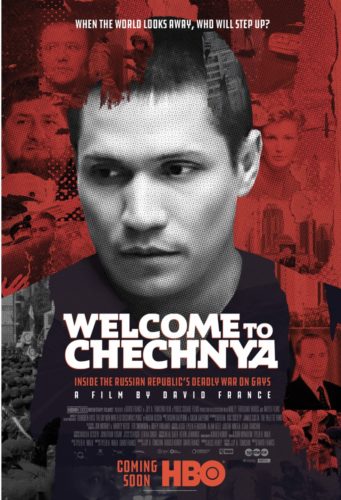 Being yourself shouldn’t be a life or death decision. Academy Award-nominated director David France’s “Welcome to Chechnya” provides an emotional gut-punch and one of the most riveting documentaries of the year.

Most Western cultures have embraced inclusivity, but being LGBTQ in certain parts of the world still requires looking over your back constantly and masquerading around in public with a phony façade to protect your true self. In this shocking and terrifying documentary, “Welcome to Chechnya” showcases the heroics of brave activists attempting to save LGBTQ lives in Russia. The constant LGBTQ persecution in Russia, especially in Chechnya, seems something like out of The Third Reich and other Fascist regimes with torturing and murdering tens of thousands at the hands of authorities. Unfortunately, even everyday citizens are given a free pass to root out and punish LGBTQ because they’re different. A small shadow network of queer activists have developed and mobilized an amazing system to smuggle, shelter and secure visas out of the country for safety. Filmed with unprecedented and amazing access, “Welcome to Chechnya” utilizes a revolutionary, remarkable face-swapping technique to protect the anonymity of its subjects and highlights the heroics of people confronting this oppression. 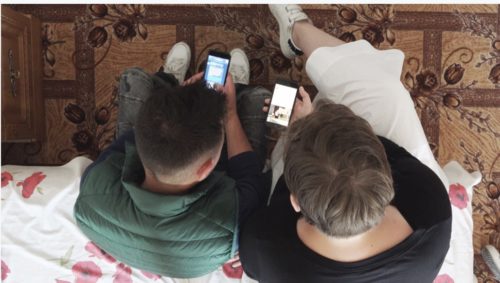 Almost presented as a terrifying thriller at times, this gripping documentary keeps your heart pulsating and building your BPM’s with every moment. The constant tension throughout with hidden cameras and discreet coverage keeps you on the edge of your seat. Imagine those intense nail-biting “escape” movies and that’s “Welcome to Chechnya,” but it’s real life. It’s shocking watching this first-person footage of the humanitarian crisis constantly occurring in Chechnya.

“Welcome to Chechnya” is an eye-opening insightful look into what’s happening around the world and the extreme lengths people will endure in order to exist. It’s a harrowing, heartbreaking struggle viewers are quite literally thrown into the middle of and the extreme lengths individuals endure in order to survive. Be warned there are some intense, graphic content of LGBTQ being beaten up and raped, proudly taped by the perpetrators to deter others from this lifestyle. The atrocious attitudes of these individuals is absolutely appalling and encouraged in Russia. Unless you’re put into that situation, you don’t know. “Welcome to Chechnya” is both stunning and shocking at the same time. 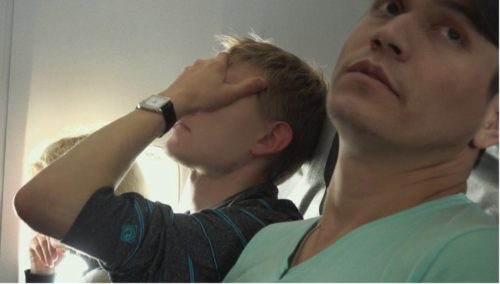 One of the most amazing aspects of the film is the digital distortion technology. Imagine the deepfake footage or face-swaps constantly uploaded online, but without the obvious cheesiness. Truthfully unless you’re made aware of it or focus too much on it, the alterations are an afterthought. Utilizing real life LGBTQ individuals from the US, these “fake faces” allow authenticity instead of blacked out/obstructed figures with distorted voices. Everything is uninterrupted and you’re not distracted, which allows you to focus on the situation at hand. David France’s fantastic film must be seen to be believed! Imagine “Argo” meets the underground railroad. “Welcome to Chechnya” is an unforgettable, uncompromising and unbelievable movie.