Tonight, Scotty and I were invited to a screening of Wild followed by a q and a. Now, clearly since it’s Fanboy Fail Friday, things didn’t go as planned. I had planned to recap the q and a, talk about Wild, etc…

I will say, I loved Wild, I thought Reese was great in it and I enjoyed the q and a for the most part.

I mean seriously, It was so apparent that Reese Witherspoon wanted to be anywhere BUT the q and a, she should have cancelled. I mean the place was only half filled anyway, stay home and feed the cats honey. 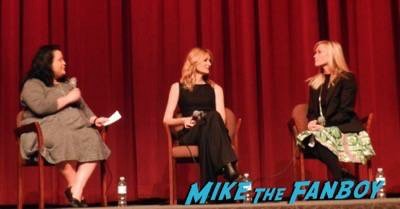 It would have saved your security guy, glaring at everyone in the front for any hit of a sharpie. And eye threatening everyone… Dude, it’s like the guy WANTED to get into a fight. Here’s a tip, the audience was filled with actors… The only thing they want to attack is an appetizer tray because they don’t know where their next meal is coming from. If you’re kraft services, be scared, otherwise, chill the fuck out.

I just don’t understand why people go to these q and a’s, wanting people to vote for them and then clearly look down on everyone in the room. I’m looking at you too Jennifer Aniston, and let me tell you for someone who plays Rachel Green in everything you’re in, you should be begging people to give a shit. 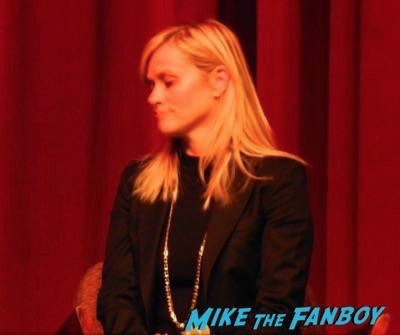 Seriously, if you have to have an old man run out onto the steps of the DGA trying to block anyone from getting the ubiquitous selfie or autograph, and then your glaring security guard to protect you. Don’t go. Stay home it makes you look bad, Reese. It really does.

Almost as bad as when that cute lady in the front asked for a selfie and you waved and ran off. I know… it would have killed you. Those selfie’s are so threatening.

“It’s a camera flash, I’m melting, but go vote for me and my movie!” 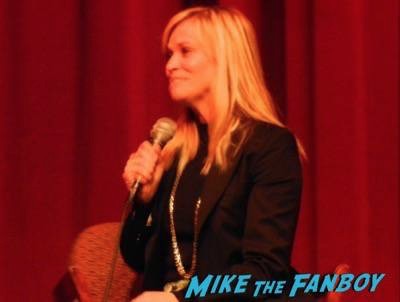 You could easily say something to the studio like, “I prefer to let my work speak for itself.” It sounds better than, “I would rather hike another 1,000 miles before talking to a fan.”

Am I being harsh? Eh. 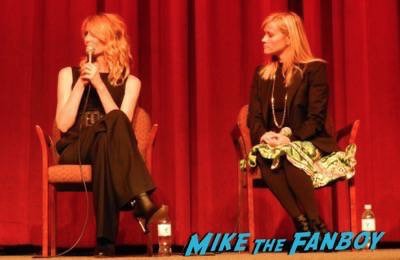 I’ve been dissed by her too much this awards season. And before anyone goes on and says, “but she signed in Palm Springs, and she signed in the back ally after a random event”

That’s not the point. It’s all about attitude.

This is my third strike with Reese Witherspoon and much like Channing Tatum before her, I am retiring my Legally Blonde memorabilia, it is no longer Sweet Home Alabama, I will not vote for Tracy Flick, The Freeway is out of commission, and I will no longer Walk the Line. 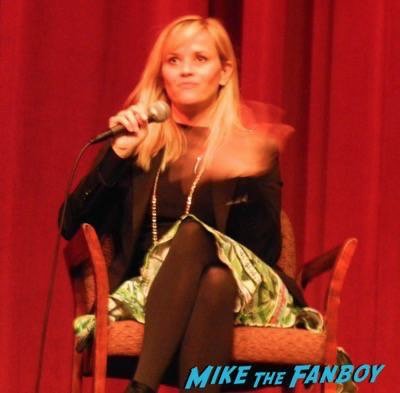