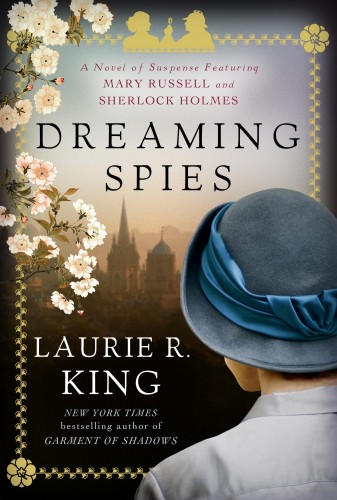 “Dreaming Spies” is the 13th book in Laurie R. King’s Mary Russell series featuring Sherlock Holmes. In this installment Russell and Holmes find themselves embroiled in a case of blackmail involving the Emperor of Japan. And we all know how Holmes feels about blackmailers…good times! The novel splits between the ‘modern’ day of 1925 and flashbacks to the same time a year earlier. Watch the video for my full review, but here’s a brief rundown:

1) Not my fave in the series, but still a good book
2) I do like the use of haiku at the beginning of each chapter since Basho features prominently in the story
3) Russell and Holmes are ultimately not the ones who cinch the case
4) I feel the flashback took away from the story – you never got to really sink your teeth in