I would say one of the coolest and most unexpected things to happen at Comic Con this year was getting into the X-Files 20th Anniversary signing. I didn’t really have it on my agenda because it was so hard to get into. They only gave out 50 wristbands on Thurs and another 50 on friday so it was really limited.

Participating in the signing were X-Files star Gillian Anderson, Chris Carter, Dean Haglund, Joe Harris, and Joe Corroney. You could bring three items to get signed or buy three items from the booth… Wait… Three!?! If I would have known I would have brought some of the cool stuff I had at home, however… I had nothing!

Thanks to Suddenly Susan, I along with Erica, The Novel Strumpet, and Billy Beer were able to get into the signing. Score!

I got there early and secured our spot because sometimes you just never know with these things. Suddenly Susan however, was lost in the mix! Was she gone? Did she get abducted? Was she stuck in a ditch? Did her NBC Dracula stool with the face of Jonathan Rhys Meyers collapse, causing her to fall and not be able to get up? 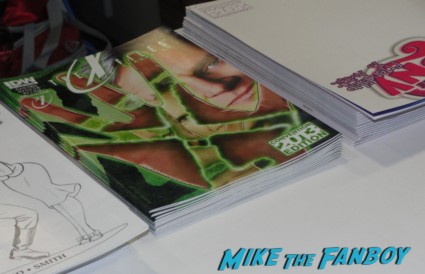 Crazy things happen at Comic Con. One minute your walking along trying to find the cast of Teen Wolf and then next your Chloroformed only to wake up in a storm trooper costume dancing for a group of slave Leia’s waiting to take over Jabba’s palace. But enough about me. This was about Susan…. SUDDENLY SUSAN.

When a member of the MTF Family goes missing we all react. I said Billy, call Susan cause like every horror film from the year 2000 and up I had no service. Billy said, “Susan?” I was like yes Susan! He stared blankly at me like I ordered an import brew at Hooters. “Suddenly SUSAN!” I exclaimed.

“Like the 1990’s sitcom starring Brooke Shields?” Billy asked. I ripped the phone out of his hands and dialed myself. No answer.

I said “Erica!” Turning to see her activating her network into play. She had already texted, phoned an friend and got some skywriting up with a a homing beacon going but alas nothing from SS.

And so… We waited.

I didn’t know what to do.

Also, Suddenly Susan had my X-Files poster I was getting signed. Thankfully, I bought a comic, Billy gave me a photo and Erica spied these awesome lithograph posters they had for sale. So we both bought one. After we bought them the booth hid them which I thought was odd since they were having a signing.

And then… The cast arrived! Scully in the flesh! Gillian Anderson! Who by the way looks amazing! 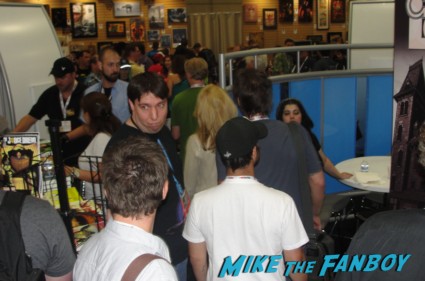 The hearts of fanboy’s everywhere pounded and pounded.

Billy said, “The smell of virginity is in the air!”

Immediately I said, “Is CB Here?” 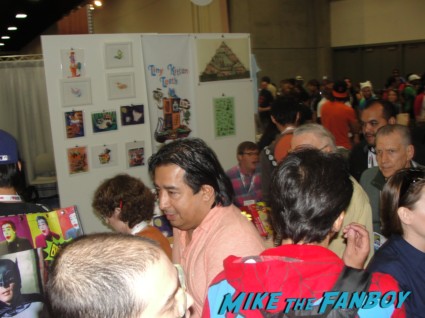 Billy shook his head and tried to whore himself out for a Molsen Ice that a couple Jawas were carrying down the aisle.

And still… No Suddenly Susan. And worse, no X-Files poster.

The line started moving. Billy had a really cool original X-Files Rolling Stone to get signed (It has a mailing label on it, so you know… It’s not THAT Cool but still it’s not an 8×12 photo) that David autographed previously. 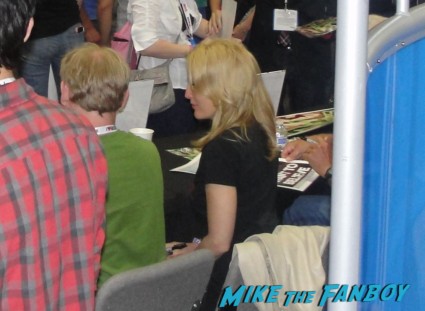 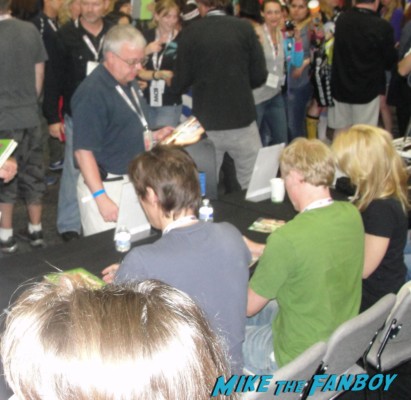 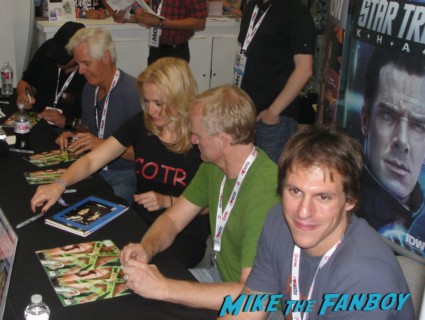 It was my turn now. I talked to Dean for a hot second but I really wanted to tell Gillian Anderson how much I enjoyed The Fall. 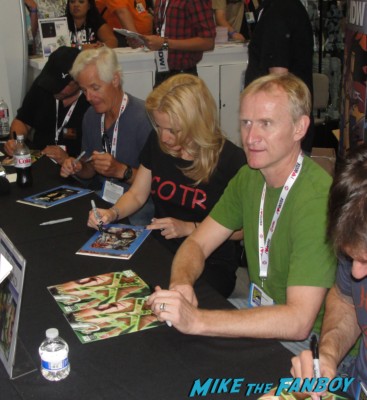 I said how I thought it was the subtlety in her performance that really sold the series. She was very engaged and made eye contact and thanked me. I also said how more American shows need to do limited series like that. 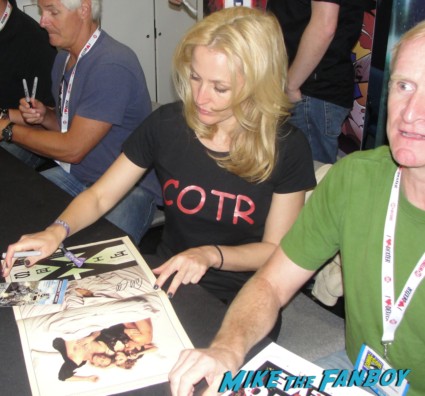 She nodded her agreement while signing the mini poster, comic book and a photo for my friend Scott (Billy has the comic and photo right now which is why I don’t have photos. I fear his sister is whipping him now and I’ll never see them. But I have a secret. I have Billy’s Wilfred poster… Signed by HALF the cast! Oh yeah… LEVERAGE!) 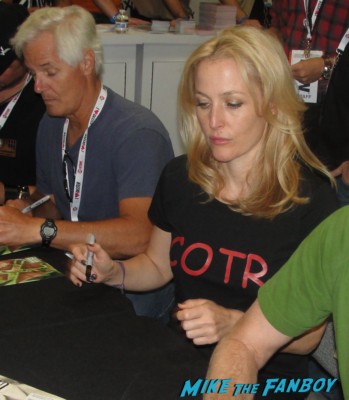 I ended my conversation with Gillian by saying, “Oh, and I loved the nail polish at the end!” realizing very fast that sounded like a fashion critique out of Queer Eye for the Straight Guy! DOH! 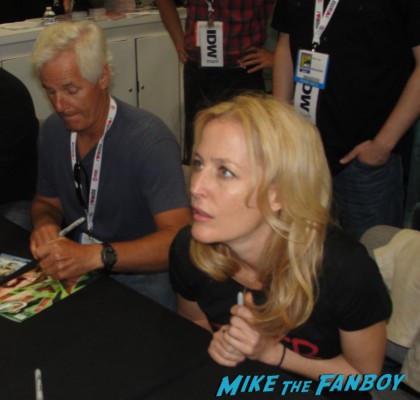 Chris Carter wasn’t really chatty but was cordial and very nice. Smiling at everyone as they came by.

And that… Was it. We’re still looking for Suddenly Susan. Allegedly, she had another signing before this one and I forgot (which is crazy talk right? Me forget? WTF!) and she wasn’t in a ditch or kidnapped by crazed fans trying to do a shot for shot remake of The Goonies, forcing her to play Martha Plimpton’s part, only with more zest and less glasses.

I don’t know WHY I thought of that…

Yay! For this awesome signing! 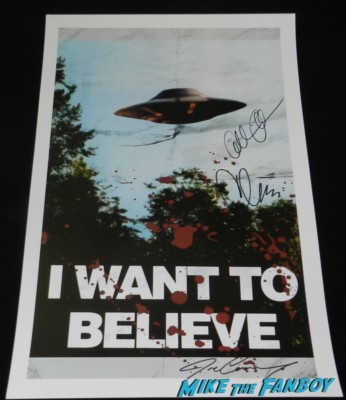