It is not uncommon for actors to fulfil their passions by agreeing sponsorship deals.

Some might even say that George Clooney is now almost as famous for his Nespresso adverts as he is for his film work these days.

Many world-famous celebrities have deals with operators in the iGaming space with Shane Warne, Mike Tyson and Neymar among those to have signed such partnerships.

But who are some of the top movie stars who lived their roles? Let’s take a look.

It was a thoroughly deserved posthumous Oscar that was given to Heath Ledger after his stunning work as the Joker in Christopher Nolan’s seminal Batman movie The Dark Knight. 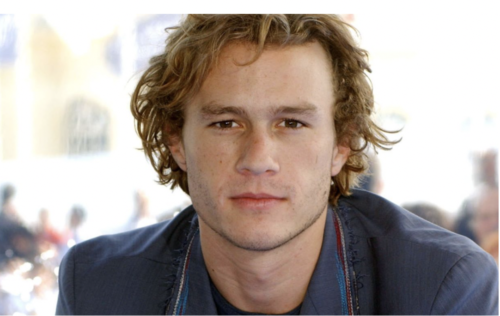 One of Hollywood’s greatest loses

Ledger, who also appeared in films including Brokeback Mountain, The Imaginarium of Doctor Parnassus and 10 Things I Hate About You, took his preparation for the Joker to a new level.

The Australian actor reportedly slept for just two hours a night while filming the role and kept himself effectively on lockdown in a hotel room for a month while making The Dark Knight,

Some people have even suggested that playing the Joker contributed to Ledger’s mental health issues but this was refuted by Terry Gilliam, who said the claims were “absolute nonsense”.

Another actor who was rewarded for living their role by earning an Academy Award was Adrien Brody, who took the Best Actor prize at the age of 29 – he was the youngest to win the award.

Brody won for Roman Polanski film The Pianist, a role for which he underwent an extreme level of preparation. Brody is reported to have lost around 30 pounds in weight ahead of filming, while he also spent four hours a day learning how to play the piano.

Indeed, Brody effectively withdrew from society, so seriously did he take getting ready for this job. He said in a 2003 interview with the BBC that preparing for playing Wladyslaw Szpilman in the Holocaust drama saw him sell his car, give up his apartment and move to Europe.

“There is an emptiness that comes with really starving that I hadn’t experienced,” Brody said in the interview.

Perhaps Val Kilmer always secretly wanted to be a rock star instead of a film actor.

In order to win the role of Jim Morrison in Oliver Stone’s film about rock band The Doors, Kilmer spent thousands of dollars producing a music video in which he portrayed the singer.

After being cast in the movie, Kilmer stepped up his preparation even more and was said to have memorized dozens of Doors hits, as well as wearing Morrison’s own clothes.

Paul Rothchild, who worked with the band and was a consultant for the film, said that as a result of working on the film, Kilmer “knows Jim Morrison better than Jim ever knew himself”.

Rothchild added that when members of The Doors were played clips of Kilmer singing their songs they were unable to tell it was not the real Morrison.

One of Hollywood’s most famous method actors, Robert De Niro took his preparation on to a whole new level when he took on the role of Travis Bickle in the iconic film Taxi Driver.

De Niro – another who lost a severe amount of work for a film role – got a taxi driver’s license and drove around New York City with passengers in order to get into Bickle’s mindset.

It has been claimed that De Niro spent as long as a month working 12-hour shifts behind the wheel as part of his work on the character.

He probably did not put quite as much effort into getting ready for some of his more recent films, such as The War with Grandpa, Father of the Bride, Part 3(ish) and The Comedian.

No list of movie stars who lived their roles could be complete without Daniel Day-Lewis.

Perhaps the ultimate modern method actor, Day-Lewis is famous for the extreme lengths he goes to in order to get into character.

As an example, Day-Lewis contracted pneumonia while shooting Gangs of New York with Martin Scorsese. He refused to wear a winter coat as they were not around in that era, while he also learned how to cut up carcasses so he could play Bill the Butcher more accurately.

One of Day-Lewis’ most memorable roles saw him play US president Abraham Lincoln and, according to co-star Sally Field, he spent months in character even before filming began.

Tweet Pin It
Tags:5 Movie Stars Who Live Their Roles