No foolin’, I have some awesome reads to chat about in this edition of Book Beat! Looking for big space adventure, zombies, love-to-hate-to-love, a heart-breaker, secret crushes? Read on! 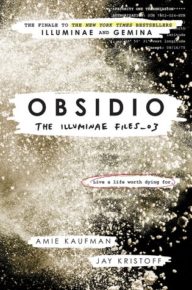 Pitch: Everything comes together in the huge finale of the science fiction trilogy, The Illuminae Files

Story: “Kady, Ezra, Hanna, and Nik narrowly escaped with their lives from the attacks on Heimdall station and now find themselves crammed with 2,000 refugees on the container ship, Mao. With the jump station destroyed and their resources scarce, the only option is to return to Kerenza—but who knows what they’ll find seven months after the invasion?

Meanwhile, Kady’s cousin, Asha, survived the initial BeiTech assault and has joined Kerenza’s ragtag underground resistance. When Rhys—an old flame from Asha’s past—reappears on Kerenza, the two find themselves on opposite sides of the conflict.

With time running out, a final battle will be waged on land and in space, heroes will fall, and hearts will be broken.”

Quick take: And that’s how you end a series! There’s an explosive ending which weaves together all the threads from previous books with a twist or two. If you haven’t started this special series, it’s a great, science-y space adventure told through found documents and art. 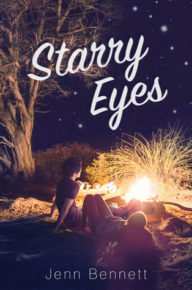 Pitch: An emotional and tension-filled contemporary from the author of the excellent Alex, Approximately

Story: “Ever since last year’s homecoming dance, best friends-turned-best enemies Zorie and Lennon have made an art of avoiding each other. It doesn’t hurt that their families are the modern day, Californian version of the Montagues and Capulets.

But when a group camping trip goes south, Zorie and Lennon find themselves stranded in the wilderness. Alone. Together.

What could go wrong?

With no one but each other for company, Zorie and Lennon have no choice but to hash out their issues via witty jabs and insults as they try to make their way to safety. But fighting each other while also fighting off the forces of nature makes getting out of the woods in one piece less and less likely.

And as the two travel deeper into Northern California’s rugged backcountry, secrets and hidden feelings surface. But can Zorie and Lennon’s rekindled connection survive out in the real world? Or was it just a result of the fresh forest air and the magic of the twinkling stars?”

Quick take: Tired of hate-to-love stories? This one is love-to-hate and filled with so much heartache. While the romance is a huge part of the story, Zorie’s family is just as important since that may be blowing up. Bonus: you’ll feel like you’ve been campaign and hiking for days when you finish!

More Than We Can Tell by Brigid Kemmerer 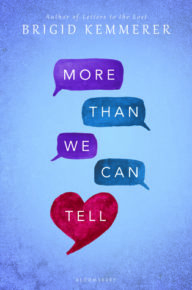 Pitch: A heart-breaking contemporary YA romance between two damaged teens

Story: “Rev Fletcher is battling the demons of his past. But with loving adoptive parents by his side, he’s managed to keep them at bay…until he gets a letter from his abusive father and the trauma of his childhood comes hurtling back.

Emma Blue spends her time perfecting the computer game she built from scratch, rather than facing her parents’ crumbling marriage. She can solve any problem with the right code, but when an online troll’s harassment escalates, she’s truly afraid.

When Rev and Emma meet, they both long to lift the burden of their secrets and bond instantly over their shared turmoil. But when their situations turn dangerous, their trust in each other will be tested in ways they never expected. This must-read story will once again have readers falling for Brigid Kemmerer’s emotional storytelling.”

Quick take: The writing is light and easy, but this story of two broken souls is anything but. This story tackles a number of current issues (bullying, cyber bullying, misogyny in gaming, abuse, faith and more) which makes for an emotional read, but this is written so skillfully, it’s not heavy or dreary. I thoroughly enjoyed this one. It’s a companion novel to Letters to the Lost so some characters pop up, but you don’t need to read that to enjoy More Than We Can Tell.

Picture Us in the Light by Kelly Loy Gilbert 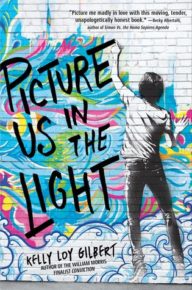 Pitch: Secrets and secret crushes start to unravel Danny’s world before he leaves for college

Story: “Danny Cheng has always known his parents have secrets. But when he discovers a taped-up box in his father’s closet filled with old letters and a file on a powerful Silicon Valley family, he realizes there’s much more to his family’s past than he ever imagined.

Danny has been an artist for as long as he can remember and it seems his path is set, with a scholarship to RISD and his family’s blessing to pursue the career he’s always dreamed of. Still, contemplating a future without his best friend, Harry Wong, by his side makes Danny feel a panic he can barely put into words. Harry and Danny’s lives are deeply intertwined and as they approach the one-year anniversary of a tragedy that shook their friend group to its core, Danny can’t stop asking himself if Harry is truly in love with his girlfriend, Regina Chan.

When Danny digs deeper into his parents’ past, he uncovers a secret that disturbs the foundations of his family history and the carefully constructed facade his parents have maintained begins to crumble. With everything he loves in danger of being stripped away, Danny must face the ghosts of the past in order to build a future that belongs to him.”

Quick take: Some really terrific writing here as the reader sinks into Danny’s head as he slowly, (unwittingly) unravels the secrets behind his seemingly perfect life. Consequently, the story isn’t completely linear since current events trigger memories/rabbit holes which makes for a refreshingly different read. 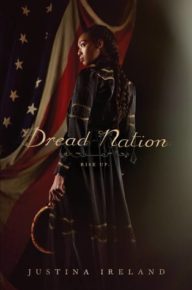 Story: “Jane McKeene was born two days before the dead began to walk the battlefields of Gettysburg and Chancellorsville—derailing the War Between the States and changing America forever. In this new nation, safety for all depends on the work of a few, and laws like the Native and Negro Reeducation Act require certain children attend combat schools to learn to put down the dead. But there are also opportunities—and Jane is studying to become an Attendant, trained in both weaponry and etiquette to protect the well-to-do. It’s a chance for a better life for Negro girls like Jane. After all, not even being the daughter of a wealthy white Southern woman could save her from society’s expectations.

But that’s not a life Jane wants. Almost finished with her education at Miss Preston’s School of Combat in Baltimore, Jane is set on returning to her Kentucky home and doesn’t pay much mind to the politics of the eastern cities, with their talk of returning America to the glory of its days before the dead rose. But when families around Baltimore County begin to go missing, Jane is caught in the middle of a conspiracy, one that finds her in a desperate fight for her life against some powerful enemies. And the restless dead, it would seem, are the least of her problems.”

Quick take: More than just an action fantasy, Dread Nation ambitiously tackles slavery, class, misogyny and race. There’s lots of action and heartache. While I enjoyed the sort-of Pride and Prejudice and Zombies feel at the start, the end reminded me a little too much of the not-as-interesting The Walking Dead seasons. There’s a lot to admire here and I anticipate the next book in this series.

Thanks to Simon & Schuster (Starry Eyes), Bloomsbury (More Than We Can Tell), Disney Hyperion (Picture Us in the Light) and HarperCollins (Dread Nation) for providing the books for review. Want more details on my impression of these and other books? Check out my ratings and full reviews at Goodreads. 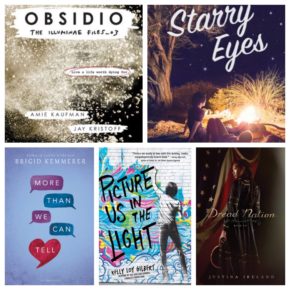