God bless dedication! I swear Fanboys are some of the most dedicated people I have ever seen! Now, I freely admit I don’t collect sports autographs although I might have a couple in my collection… HEH!

Billy Beer headed out with Scotty to try and get the plays of Real Madrid and Cristiano Ronaldo. I know Scotty really wanted Cristiano Ronaldo but I didn’t know Billy was such a huge fan of soccer! Who knew?!?

Needless to say Billy had a pretty crazy day with Scotty. Check out his full recap after the jump!

Ole, Ole Ole Ole, Ole, Ole!  Welcome back to Billy Beer’s Barstool.  It’s early, but today the bar is full of loud cheers and chants.  It’s not cold, but the scarfs are out.  There’s blokes with bad teeth and accents, and vinegar on all the tables.  This can only mean one thing, European Soccer is on the tube!  Looks like I’m gonna have to order a New Castle or Guinness today. 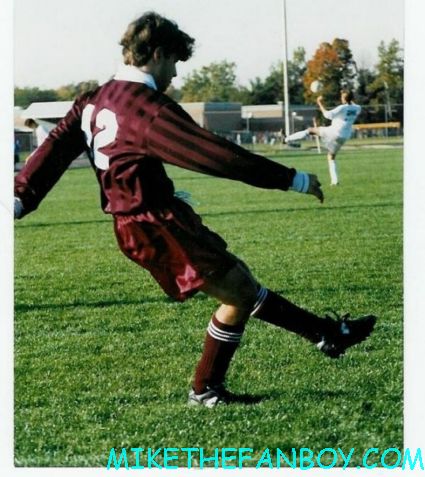 I don’t mind doing favors for fellow Fanboy family members.  From time to time I will print pictures for them.  So when Scotty too Hotty tried to slip a soccer picture of Cristiano Ronaldo by me, I had to ask what was up.  I am a big soccer fan, love the sport.  Played it for 30 years, and coached for almost 10.

When I said it was early at the bar, I wasn’t kidding.  Scotty wanted to try and get the team before they get on the bus for their morning practice.  I guess a lot of the players have been signing then.  It’s busy, but not too busy.  They have both sides of the bus roped off.  We pick the side closest to the bus.  MONTAGE!  Players are finally starting to file out.  Let the yelling begin.  I know teams, but these people here know ALL the players, coaches, trainers.  It’s crazy!  I’m stuck next to a guy that goes in front of the ropes EVERY TIME to try and get pictures with the players.  REALLY! 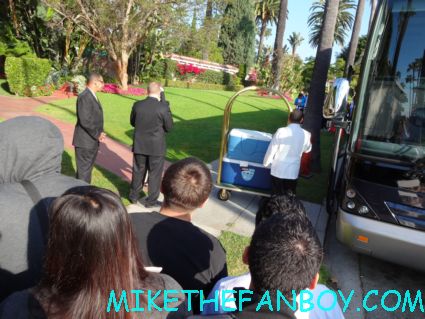 Player after player they come out of the hotel. 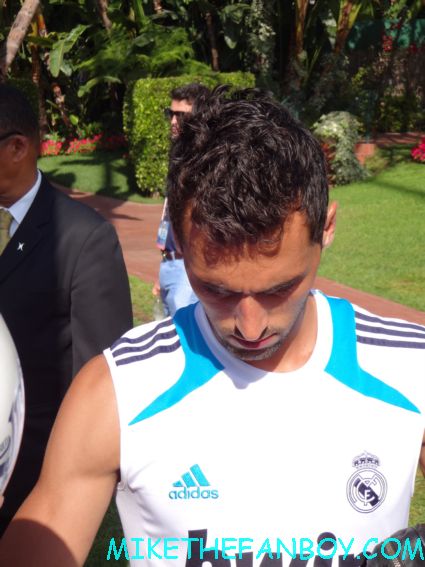 Through all the craziness, I’m able to at least get one autograph, Iker Casillas Fernandez.  He was only the goalie for Spain’s World Cup Championship team in 2010.  Only one of the world’s most watched events.  Surprisingly for someone with such a resume, he signed for a whole bunch of people! 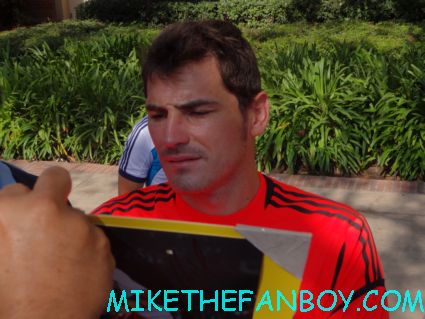 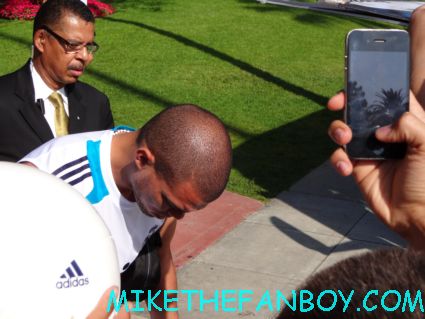 Ronaldo just walks on by.  UGH!  The only one I have a picture for.  Scotty and I decide to go to the practice field and hope to get him there. 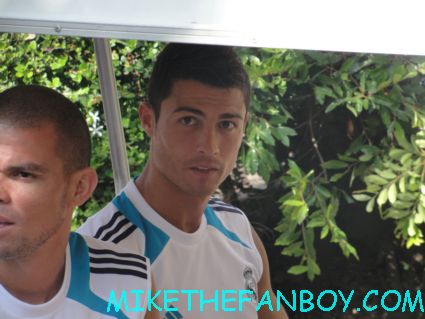 There’s already a crowd at the field, but it’s only about 1 deep.  Kaka (was that a crow?) was one of the first to come out.  He’s one of Brazils fine one named players.  He goes down the whole line, but skips my blank twice.  DOH! 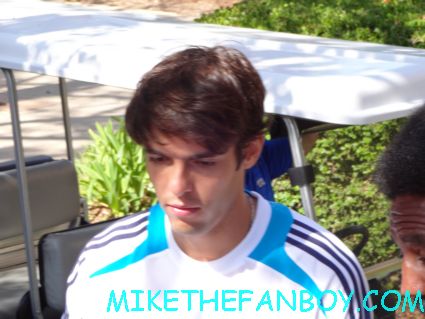 More players come out, but the later it gets, the less chance they’re going to sign.  They have to get to practice.  I know, if my players were late, I would make them run laps.  There goes Ronaldo AGAIN!

Scott is determined to get this guy.  So now we wait for practice to end and hope the sign on the way out.  Again, we are in the second row.  Most of the players look a little on the tired side, I do get one of the players, Jose Maria Callejon.  He’s one of their backup players, but oh well. 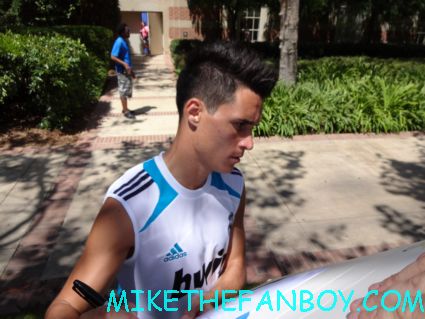 OK, next stop, the bus.  This is where it gets ugly.  It’s already about 3 deep of crazy uneducated fans.  They’re already pushing, and the players aren’t even out yet.  When they finally do show up, I feel like I’m in a mosh pit.  I’m too old for this shit!  I am able to get one more signature, Mesut Ozil, one of Germany’s best players.

I’m pretty beat right now.  Did I mention Scotty really wanted Ronaldo?  We grab a little lunch, and then back to the Hotel.  It’s really hot outside, so I find a nice place in the grass with shade.  MONTAGE.  Scotty and I are about 3 deep this time.  We’ll see what happens.  I really don’t care much about the other players now, I just want to get this day done.  Finally there’s Ronaldo.  Are you kidding me!  He goes over to the other side and starts signing.  Usually I don’t move around, but I gotta make this happen.  I already see Scotty running, so I sprint around the bus and find the area with the least amount of people to go through.  It was near the bus, so I’m going to have to hope he signs all the way down.  He keeps getting closer and closer.  I’m glad I brought the big board today.  I reach that thing out as far as I can.  Finally I see him reach for it, and give it it’s proper markings.  FINALLY!  Now I don’t want to tell you what happened with Scotty, let’s just say there might be a Friday Fanboy Fail in the future.  Cause this is only about half of his story.  Did I mention it was hot out?

Time to go grab me a tall one, it’s Happy Hour somewhere! 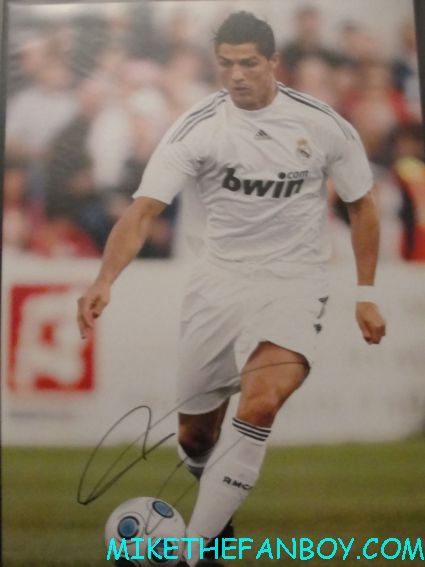