Can I tell you how jealous I am of Jim? I’ve been wanting to meet comedy legend Steve Martin for YEARS and what does Jim do? Meet him in 10 minutes… Killing me! Sigh…

Jim was out and about and randomly ran over to a venue that Steve was playing at. I’ll let Jim tell you his full story, but needless to say…

Check out Jim’s report after the jump!

I have a crazy story for you regarding Steve Martin. It’s one of those stars aligning type stories that will probably never happen again.

Last week Steve Martin and his folk band were here in Pittsburgh and I was determined to get a Jerk mini-poster signed. It’s just one of those all-time classics movies that you watch whenever it’s one and the poster is a classic.

Well I’m sitting in my office around 3 and unable to look at the computer any more I grab my mini-poster and head out to do some recon for the show that night. The show was about 3 blocks away so I thought I’d walk around and see what’s what and hopefully figure out where a good spot to hang out would be. Well when I get down by Heinz Hall there’s Steve’s bus pulling in and about 30 seconds later Steve jumps off, walks right over to a crowd of about 10 people and says he’ll sign one item per person, no pictures. 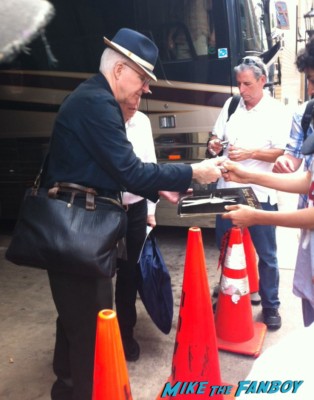 Since it’s such a small group he cruises down the line and is off. 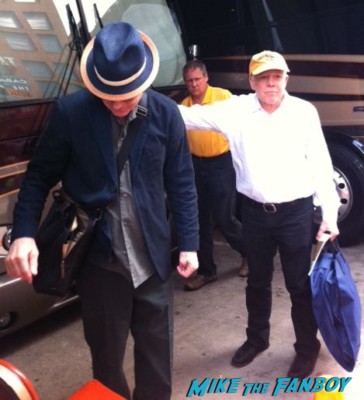 I snapped a couple pictures after he signed my poster but I wasn’t fast enough for anything better. 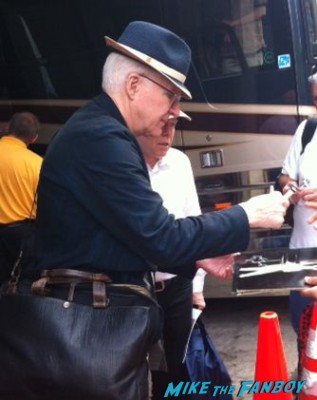 I was back in the office in less than 20 minutes. Folks didn’t even realize I was gone and since my evening just freed up I was able to go check out a free screening of RED 2.

It ended up being a pretty good day.

have a good one,
Jim 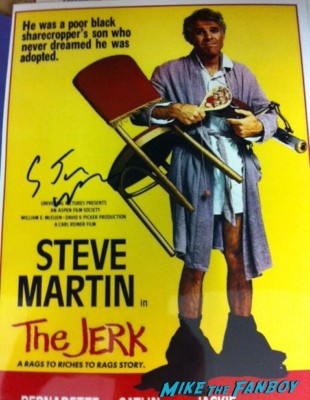