I was just telling myself, I said to myself… Mike, you need to watch 300 again… It’s been way too long… And while that was the extent of the conversation, I still haven’t popped 300 back in the player. Ah well… Then Erica got to meet Gerard Butler and now CB sends in this report about meeting King Leonidas himself!

Ah well… I have had the pleasure of meeting Mr. Gerard Butler a couple times and he’s always been really nice. Although I haven’t heard of him getting out of his car and hanging with the fans. Wow, color me impressed!

WOO! I’m such a huge fan of Frank Miller and Zach Snyders work. I remember seeing 300 in theaters opening weekend and my eyes went wide open on how faithful Zach kept the movie faithful to the novel. The style of the movie was unique, and the , “THIS IS SPARTA” scene  is classic. It has been one of my favorite movies, but I’ve never met King Leonidas , Gerard Butler. I enjoy his work! Gamer and Law Abiding Citizen are a few of the DVDs i keep close by.

I knew he was out promoting Machine Gun Preacher, which I’m excited to see, so I saw he was in town for a talk show taping and took my chances.  Erica and Mike have met him and the consensus is he’s cool with fans, but I hope i am as lucky.

6:00: I arrive and I’m joined by his most loyal and devoted fans, GERRY’S GIRLS! Anywhere he is, you can bet your bottom dollar they will be out in full force.

6:30: Most people start to leave because we see two cars leave, and everyone believes he has left. This is good, less people is always better.

6:40: We see a car leave, and sure enough its King Leonidas. He gets out of his car and greets his waiting fans! 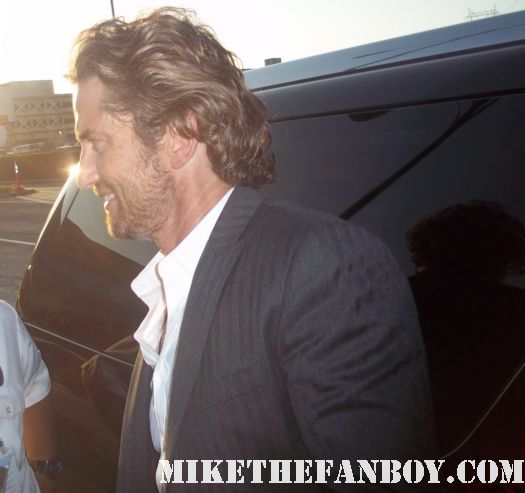 He’s just freaking awesome, I’m standing next to King Leonidas!  He signs and takes photos, then greets and kisses all the Gerry’s Girls. 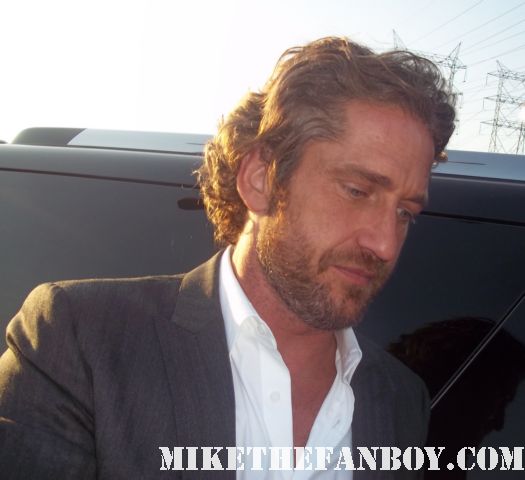 Personally, when an actor has a fan base that dedicated, you have to thank them for being there, because them being there increases our chances of meeting the celeb. SO thank you GERRY’S GIRLS! 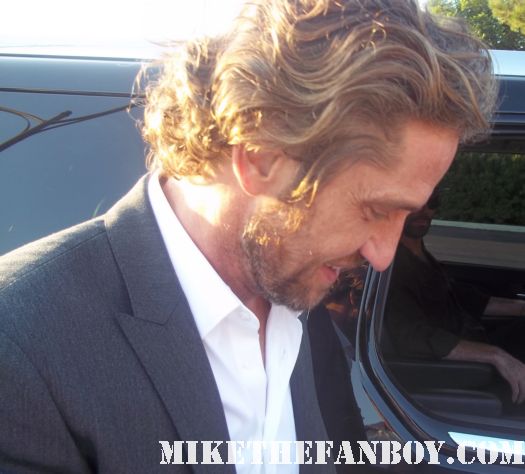 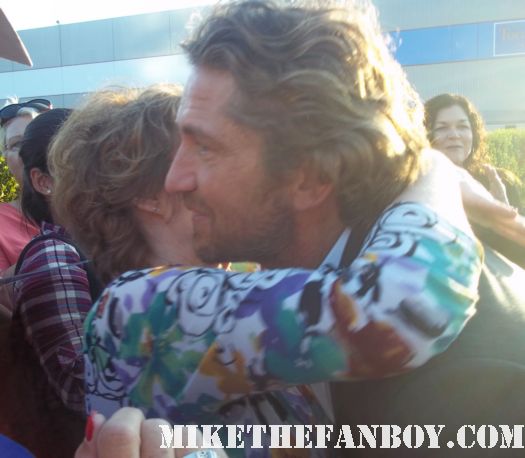 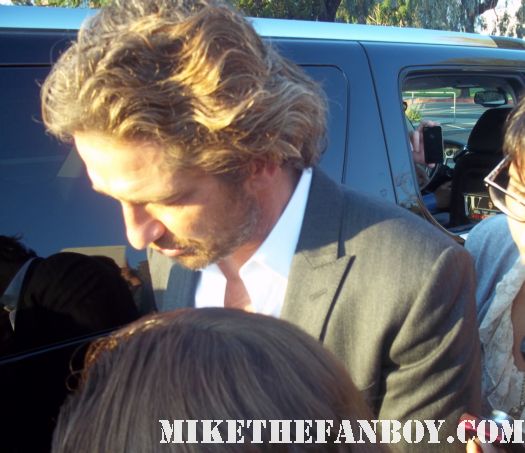 I’m so happy to have met Gerard. I’ve never met him and my first time going for him was an unbelievable success. Until next time, take care everyone. 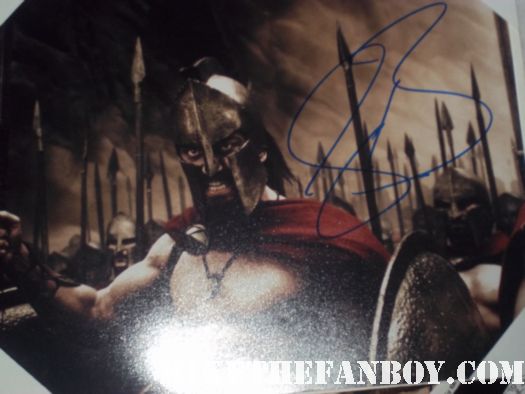