Starz has been really upping their game when it comes to original programming as of late. American Gods, Outlander, Ash vs Evil Dead, all are really high quality thought provoking series. As new series come in, some of the series that really paved the way for Starz resurgence are saying goodbye and heading to the port. 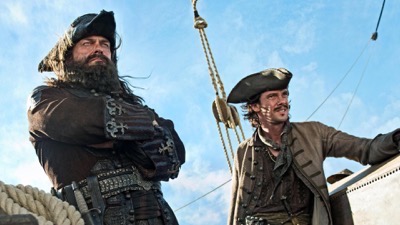 One of those series is Black Sails, the Complete Fourth Season is out now on Blu-ray and it’s the final chapter in the Treasure Island saga. For those of you who haven’t had the chance to see Black Sails, it’s basically a prequel to Robert Louis Stevenson’s classic novel and has been one of the most overlooked series on television. 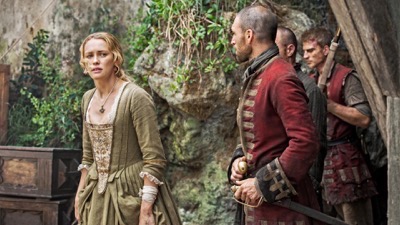 It’s hard to go through several seasons of backstory when talking about a show as rich and complex as Black Sails, however let’s just say this fourth season doesn’t let up with the action and adventure. There are new characters introduced such as Israel Hands and even Long John Silver becomes more prominent. Several of the characters journey’s come into climax, I’m looking at you Eleanor and the one thing you can say about Black Sails, is that it never rests on it’s laurels. The series is constantly challenging itself and moving forward. 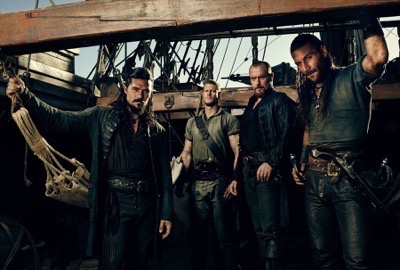 I love it when a series is allowed to do a proper ending and here everything and everyone gets a proper sendoff. The four year journey may be coming to an end, but I think sometimes that’s actually better than allowing a show to go on for seven withering seasons. Personally, I would rather have four stellar seasons, than several middling ones. Here the creators make sure fans are satisfied even if they may be wanting more. 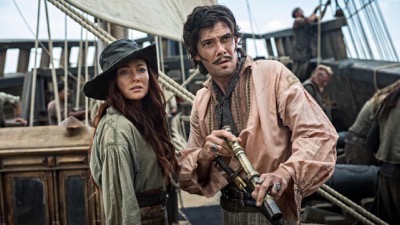 I have to say, the costumes and sets used in Black Sails are stunning. There are some amazing set pieces, and it’s really a testament to the series as a whole that everything works together to make such a unique and interesting series. You can see the detail that goes into each hat and costume (thanks to this blu-ray transfer, which we will get to in a moment). It not only helps sell the period and time, it makes the viewer of the series enveloped in the action and time period. It’s exquisite and almost like a character unto its own. 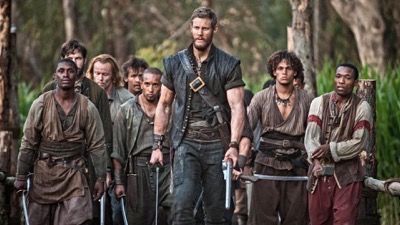 Black Sails: The Complete Fourth Season sails onto Blu-ray in an excellent transfer thanks to Lionsgate Home Video. The picture quality is stunning and the high definition transfer is pristine. Every stitch of the costumes can be seen, fine detail of the actors skin and facial features, and of course the blood, dirt and sweat are so prominent. The picture quality here can’t be beat. There was time and care put into this transfer and it really shows. 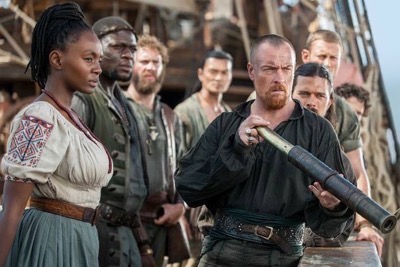 Inside the World of Black Sails – This is a recap that starts at episode one and goes to the end. It has a few making of tidbits as well.

Creating the World – This is a quick feature on the world of Black Sails and the production design.

Roundtable: Women in Piracy – A very brief discussion, clocking in under two minutes about women on the series.

Roundtable: The Legends of Treasure Island – Another too brief feature with some of the male actors on the series.

Roundtable: Fearless Fans – The actors who appear in the previous roundtables talk about the fans of the series.

All of the special features are on disc three of the set. 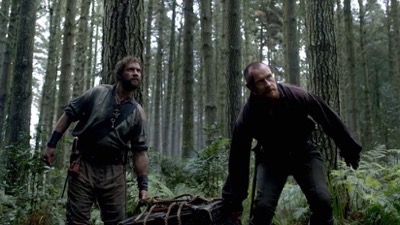 Overall, it’s very rare when a series says goodbye this strongly. I wish that Black Sails attracted a larger audience over the years, it always felt like the show that should break out but never quite managed to. In a way, for fans that probably makes the series all that more precious. The cast, production design, writing, etc… are all top notch and if you haven’t seen the series, I recommend starting from the beginning and giving it a spin. You will not be sorry!

Black Sails: The Complete Fourth Season is out now on Blu-ray!