Home / JM • Movie Reviews • Reviews / Blood Of Redemption Blu-Ray Review! Do Dolph Lundgren & Billy Zane Have What It Takes In this Action Thriller?

There really is something to be said for films that you can spend an evening with friends, possibly drinking and having a fun movie night. When it comes to a film starring Dolph Lundgren and Billy Zane, you just have to sit back and have a good time.

JM took the new film Blood of Redemption for a spin! Check out his full review below!

Once upon a time, action films were the bread and butter of the home video market where all it took was a star like Jean Claude Van Damme, Dolph Lundgren, Chuck Norris, Steven Seagal, etc. to make it a hit. Nowadays it takes a whole lot to grab someone’s attention even if you have several stars in the film and such is the case with “Blood Of Redemption.” 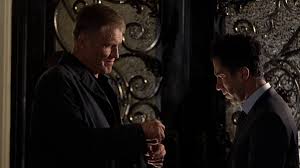 Quinn Forte (Billy Zane) has been framed for the murder of his father and has been set up to take the fall. With the help of his former henchman Axel (Dolph Lundgren), they seek out to find out who is responsible and seek out vengeance to discover who really betrayed “the family.” 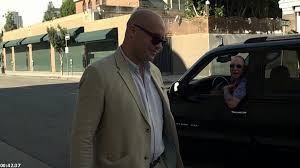 “Blood of Redemption” is your typical straight to DVD action film that stars a bevy of recognizable faces with Lundgren, Zane, Robert Davi (“Die Hard,” “The Goonies,” “License To Kill”) and Vinnie Jones (“Snatch” and “Lock, Stock, and Two Smoking Barrels”) headlining the film. From the moment I opened the Blu-ray I recognized what kind of film this was, a good-bad action film worth watching. It’s nothing great and just your typical run of the mill average action film made for the home market. Still, considering I love all the “lead” actors I figured I was in for a treat…well I was certainly in for something. 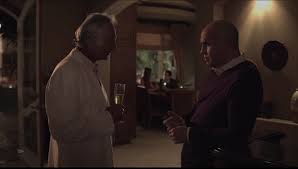 Now it might seem like I’m bashing this film, but that genre (good-bad action films) is so much fun to watch with a group of your closest friends. As a matter of fact, between 2003 and 2011 (my high school and college years) my closest group of friends and I watched every single Steven Seagal, Jean Claude Van Damme and Dolph Lundgren film released during that time span. We became Blockbuster regulars so often that the clerks would actually point out the latest and greatest action films with these aging action stars upon our arrival, but I digress. 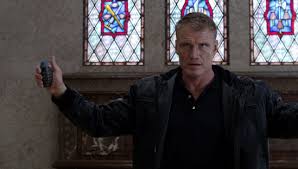 As long as you go into this film expecting a mediocre action film, you will be fine. “Blood of Redemption” honestly makes no sense when you start to break the film down. Dolph Lundgren more or less acts as the narrator/supporting character for the film while Billy Zane is the real lead for this film despite what the credits/packaging tell you. That I get, but the casting of Gianni Capaldi as Billy Zane’s “younger brother” Kurt is straight up laughable. However, it gets better. Robert Davi’s character is not only British, but he’s the uncle to Vinnie Jones character. Almost everyone in this film is horribly miscast and makes it hard to realistically picture any of them as these characters or sympathize with these one dimensional characters. 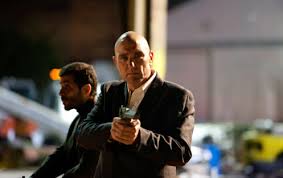 Dismissing the cast is one thing, but the acting and dialogue is pretty stiff. I found myself dosing off on several occasions trying to watch this film and there were too many ridiculous plot devices that seemed out of a Chris Kattan movie, “Corky Romano.” Yes, the film where a family member of a crime syndicate joins the FBI….unlike that film which did it for comedic purpose and to infiltrate the organization, the character of Kurt is genuine and in NO WAY PLAUSIBLE especially considering his “Lone Ranger” approach to working cases. Honestly, if you’re wanting a silly action film, check it out on Blu-ray or DVD, but whatever you do don’t expect anything special.

Blood Of Redemption is out now on DVD And blu-ray! 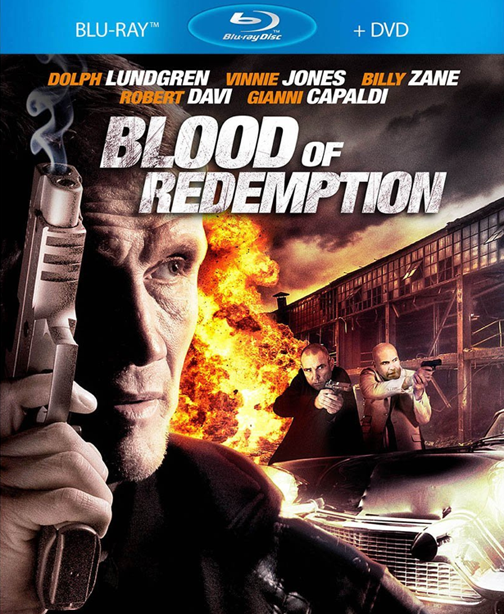