Sirens begins on March 6 and, no, it’s not the continuing adventures of Hugh Grant romping with models. Sirens is a new comedy from the USA network. 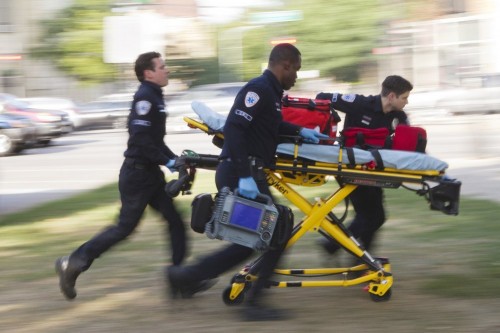 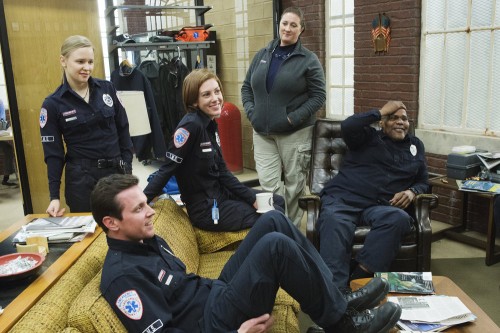 EMTs may not be the most naturally funny workplace, but we’ve had comedies about doctors (Scrubs) and cops (Brooklyn Nine-Nine) so why not? 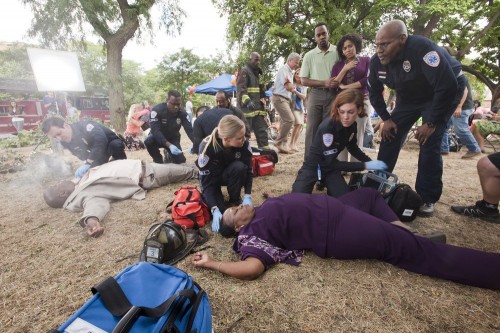 Adapted from a British show, Sirens is executive produced and written by Denis Leary. With Leary at the helm, Sirens has a darker, more adult humor than Scrubs or Brooklyn Nine-Nine — also thanks to being on cable.

So Sirens features a bunch of characters since characters are welcome on USA. The story focuses on three EMTs who work ride together for the fictional Eminent Ambulance Company in Chicago. The trio includes Johnny (Michael Mosley), a Chicago sports fanatic who is dealing with unresolved feelings for his ex-girlfriend/cop (Jessica McNamee) and his opinionated mom (Jean Smart). 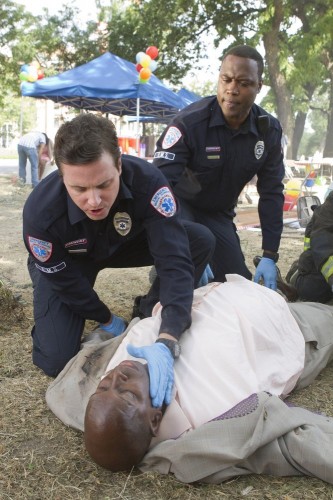 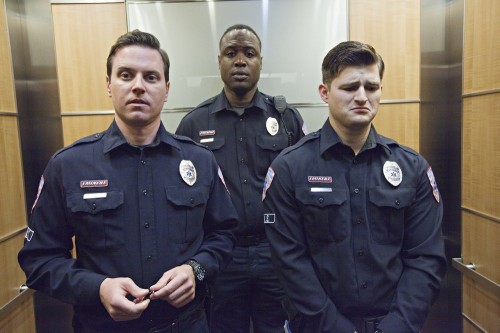 Quirky and not a family show, the cast has some real chemistry especially when you throw in Bill Nunn as their wise boss with a thing for refrigerated Twix bars. The tricky part in any new comedy is finding that right tone. Sirens definitely has some funny moments and there is quite a bit of heart as Johnny works through some family issues (including the trauma of seeing his mom in yoga pants). 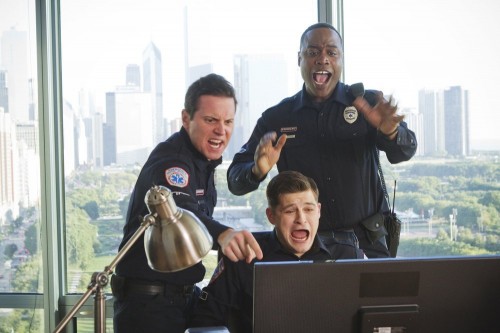