The League, one of the most popular mainstay’s on FXX is saying goodbye. However, what’s a goodbye without a little competition and this… this is the final attempt at the coveted Shiva trophy. For those of you unfamiliar with The League, the words ‘Shiva Trophy’ might have given you pause, but for fans of the fantasy football series, they are ever so important. 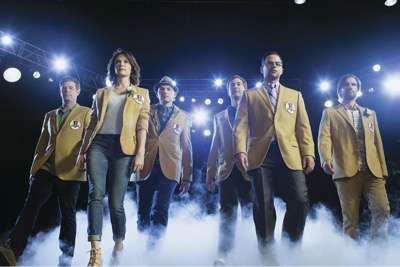 In The League, The Final Fantasy out now on DVD, the gang has one last attempt to go out a winner. “The League” of The League is in essence five high school friends (and one wife) who have graduated but may not act like it. They have formed a fantasy football league which serves as a platform for them to torment each other throughout the season. 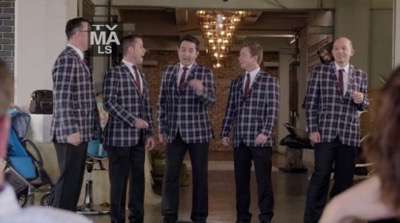 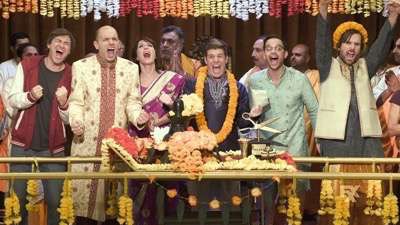 After seven seasons on the air, you would think that the characters on The League would have grown up just a bit, but that just isn’t so. To be honest, I’m not sure I want them to, television serves as a vacuum of sorts, where you expect characters to change and evolve, however here, as in many instances in real life, the characters get off on being puerile jerks. That’s pretty much how the audience wants them, so it’s a win-win. 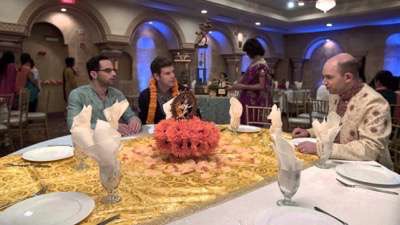 In the 13-episode final season the stand out episodes were:

The Blind Spot – Taco decides to launch what is known as EBDBPrime and Ruxin thinks he has the run of the house. He refuses to act like an adult but his wife sets up Nanny cams to make sure he does things like eat his vegetables or uses a coaster.

The Last Temptation of Andre – Andre joins a Korean church so he can get free parking while Kevin thinks that he has ‘sleep sex’ with Jenny, only she wasn’t asleep, so it’s okay.

The 13 Stages of Grief – Rafi moves in with Ruxin, so he can try and guide him through the supposed 13 stages of grief. It’s announced that everyone is eligible for the finals in a winner take all game.

The Great Night of Shiva – In the final episode Mandre has a marriage announcement, Taco tells everyone he’s mysterious disappearing and everyone competes for the coveted trophy. 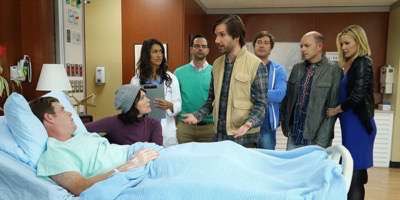 Special features on the The League: The Final Fantasy include:

Alt Nation – a fourteen minute look at the improv style of the show and all the different takes the actors do.

Taco Tones – This is a set of three short featurettes featuring music from the season.

Deleted scenes – There are about eleven scenes in total on the two discs. 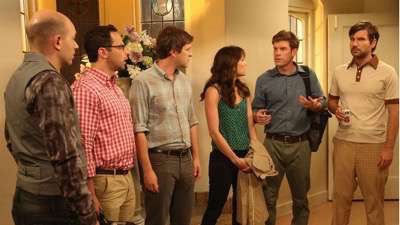 Overall, if you’ve been keeping with The League over the course of the past seven seasons, the final season will be your cup of tea. It has the right amount of juvenile humor and insults to keep anyone laughing. The final two episodes are among the series best.

The League: The Final Fantasy is out now on DVD!