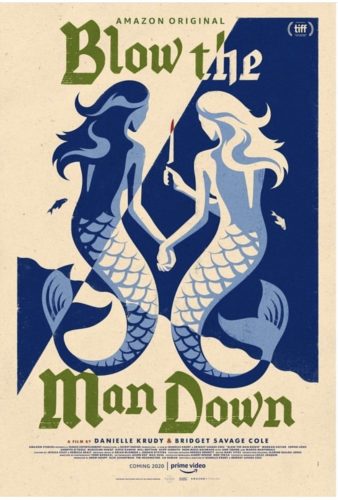 One of the year’s best surprises, “Blow The Man Down” is an exceptionally entertaining neo-noir. The amazing arrival of Bridget Savage Cole and Danielle Krudy’s dynamic directorial debut will wow you with a wonderful, witty coastal caper.

“Blow The Man Down” takes place in Easter Cove, a fishing village on the coast of Maine, where two sisters Priscilla (Sophie Lowe) and Mary Beth Connolly (Morgan Saylor) are struggling with the death of their mother Mary Margaret. At her mother’s funeral, Mary Beth discovers from family friends (Marceline Hugot, Annette O’ Toole and June Squibb) they’re in complete financial ruin and have to sell their home in order to save the family business. Frustrated and frightened, Mary Beth escapes to unwind at a local bar and meets a “tall, dark stranger” named Gorski (Ebon Moss-Bachrach). However, the night gets out of hand and the Connollys must cover up their gruesome actions. Unfortunately, they soon discover the nasty, dark secrets of Easter Cove, and have to keep everyone from finding out the truth, especially Enid Nora Devlin (Margo Martindale). 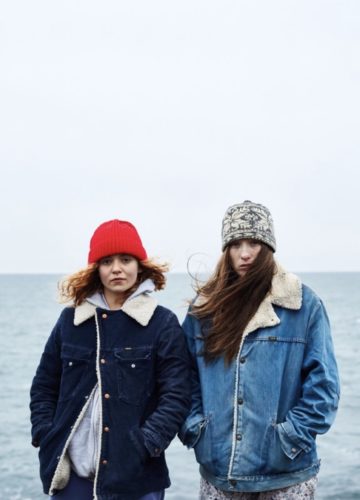 Written and Directed by Bridget Savage Cole and Danielle Krudy, “Blow The Man Down” feels so Coen Brothers-esque its actually absurd. From the beginning, the film immediately pulls you in with singing fisherman led by David Coffin singing the iconic, titular sea shanty much like the stunning song arrangements of “O Brother, Where Art Thou?” Shifting swiftly from the sea to the town creates captivating iconography similar to the opening sequences of “Fargo” and tonally this new dynamic duo of Bridget Savage Cole and Danielle Krudy capture your imagination like the first time you saw a Coen Brothers movie. Undeniably, it’s like “Blood Simple” meets “Fargo” set in a fishing village. This fantastic filmmaking duo delivers a delightful dramedy and mystery full of familiar beats signaling the arrival of two amazing, aspiring writers/directors.

“Blow The Man Down” features an amazing assortment of characters creating a fun, fresh yet familiar film. Lead actresses Sophie Lowe and Morgan Saylor surprise you from the get go with two terrific performances, but Margo Martindale makes this movie. Much like M. Emmet Walsh and Harry Dean Stanton, whenever Martindale makes an appearance you know you’re in for a powerful performance no matter the size of the role. Martindale magnificently steals the show bringing out the best from all of her co-stars. The sensational supporting cast of Marceline Hugot, Annette O’ Toole and June Squibb only further proves this point. The subtle, sophisticated and at times, snobby “senior citizens” capture the essence of the matriarchal underbelly consuming the daily lives of Easter Cove townspeople. Heck, even the bumbling cops played by Skipp Sudduth and Will Brittain make this one eccentric, entertaining movie. 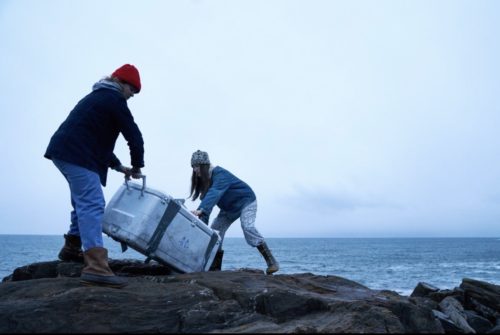 Beyond brilliant casting, the ostensibly offbeat score combined with the stylized sharp editing makes you forget this is an independent movie. Honestly, I became consumed and enthralled with all aspects of the film, much like the first time I watched “Blood Simple.” The tightrope of familiarity and fresh filmmaking by Bridget Savage Cole and Danielle Krudy created a chilly amazing, atmospheric movie well-worth discovering. “Blow The Man Down” may very well be the best hidden gem of the year!