Kevin Costner is back and clearly he has some specific interests he wants everyone to talk about. As he did with Black or White, an earlier film he spearheaded this year, Kevin Costner once again tackles the issue of race and more specifically racism in the United States. 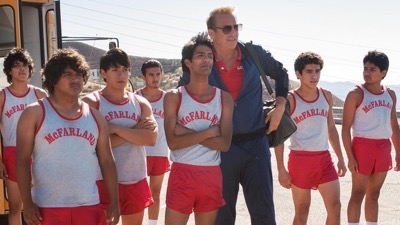 In the new film McFarland, USA, Kevin Costner stars as high school football coach Jim White. He was removed in disgrace from his previous school and was basically unemployable. He has been searching for a new job and the only thing he can get is a job at McFarland, a small impoverished city with a Latino population. The school has no money and the town has little to hope for. 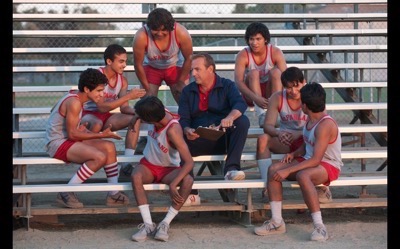 Jim is hired to teach Phys-Ed and Science plus help coach the Football team. The current football coach doesn’t take to Jim’s style and he is removed from the team. Cheryl (Maria Bello), Jim’s wife is trying to fit in and Jim contemplates leaving McFarland. When Jim discovers the Latino population has natural skills in running cross country, he immediately pitches the principal in letting him form a cross country team. 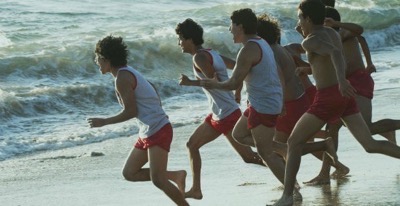 Starting by recruiting several kids at the high school including Thomas (Carlos Pratts) a troubled but gifted runner, Jim forms his makeshift team. The team continues in one way or another but don’t realized the point of being part of a team, just like Jim’s family is learning what it means to be a part of a community. 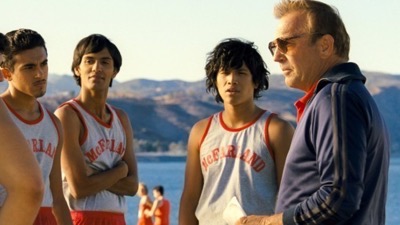 The team starts to gain momentum, just like Jim’s family makes friends with the people in McFarland and adjusts to their new life. Racial tensions however, build up with the people in the community, there’s Jim learning about working in the field like his runners, and a shoot out that involved Jim’s daughter. 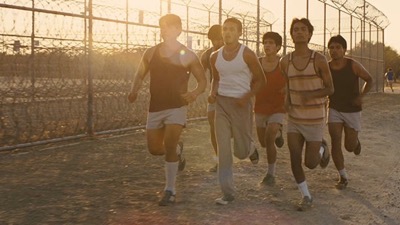 While McFarland, USA is based on a true story, it’s central flaw is having a paint by numbers script. One can almost feel the beats in the script, conflict, resolution, conflict resolution, plus, having the film focusing on Jim White, while an interesting character, he’s never fully fleshed out. Kevin Costner plays him with his usual every-man charm, but here it doesn’t resonate like it has in the past. 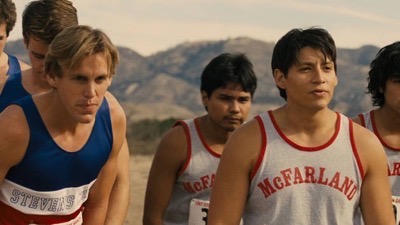 However, what I enjoyed was how the film showed the Latino runners and the struggles they were going through. It was really compelling to see them overcome all the obstacles in their lives and how hard they have to work for everything they have. Plus, the relative unknowns who play the different members of the team were really good. They showed depth and rose above what was sadly a trite script. 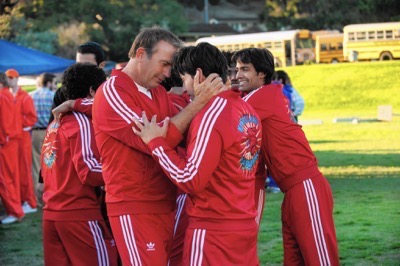 McFarland, USA arrives on Blu-ray in a fine transfer. The dusty California landscape is portrayed with natural tones and fine detail. You can see the clear intentions of the filmmakers to show the landscape as hot and more barren at times the picture are washed out a bit to emphasis this.

Special features on this release include the music video “Juntos” by Juanes, eight minutes of deleted and extended scenes, and an EPK-esque promo titled Inspiring McFarland.

There is also a featurette titled McFarland Reflections which is hosted by Kevin Costner and features the real Jim White and the actual runners portrayed in the film. It was really interesting and I was hoping that it would have been longer as ten minutes really wasn’t enough time to shed more light into the original story. 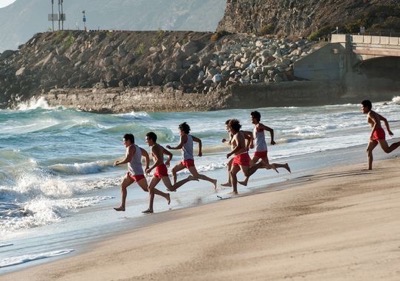 Overall, even with it’s flaws, I thought that the story portrayed in McFarland, USA was compelling enough to keep me invested in the film. The actors who portrayed the students in the film were very good and added so much tho their characters. It was very impressive. I think that McFarland, USA is worth a look, especially for families.

McFarland, USA is out now on Blu-ray!