When it comes to television shows, they are lucky enough to make it seven seasons before the quality drops off. It’s very rare then when a series cannot only cross that benchmark but surpass it. Bones is one such series, keeping the high quality of the series while letting the characters evolve over the course of time.

After moving around the FOX schedule, Bones was considered something of a utility player, meaning a series that they could plug in anywhere and it would either hold or improve its time slot. Now, the series is saying goodbye after twelve seasons on the air. Now, Bones: The Final Chapter is out on DVD. 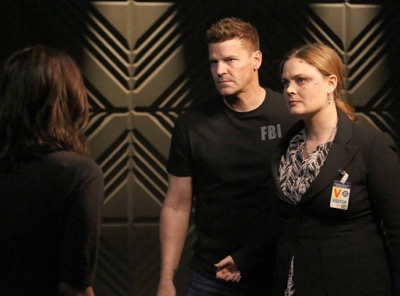 The final twelve episodes of the series gives fans an exciting and satisfying conclusion to the long running series. When we last left Booth (David Boreanaz) and Brennan (Emily Deschanel) they were dealing with the return of Zack (Eric Millegan) who had kidnapped Brennan. Zack wanted Bones and Brennan’s help in being acquitted in the Puppeteer murders. As the euro deals with Zack, another deadly killer from Booth’s past has returned to seek revenge on him.

Whew, that’s a lot to deal with, especially on top of the crime of the week episodes, in which some are more effective than others. It’s a kick to see older stars like Ed Asner and Hal Holbrook make appearances in the third episode, “The New Tricks in the Old Dogs.” Both stars nail their scenes as expected and add a real sense of fun to the episode. 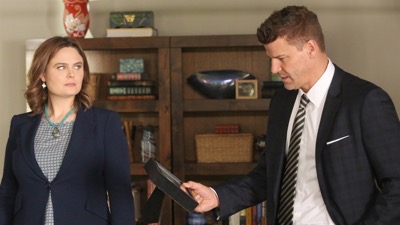 The real treat is the fact that Bones doesn’t rest on its laurels, even in the final season it gives the main characters the opportunity to grow and change. There are relationship decisions, Children, and even some parent issues. It’s great when a show understands what the audience wants from their characters, especially in the finale of the show. All the characters are given a satisfying ending and we get to see where they are going to end up, at least on some level.

We also get to see some favorites from past episodes make a return. Cyndi Lauper is back as Avalon Harmonia in “The Day in the Life.” I love her character and wish she would have made more appearances over the run of the series. Five episodes was not enough. Also back was Sully (Eddie McClintock) who is a treat as usual, and it was great to see David Faustino from Married… With Children playing himself as well as Stephen Fry as Dr. Gordon Wyatt. Stephen Fry makes everything he’s in better just by showing up. 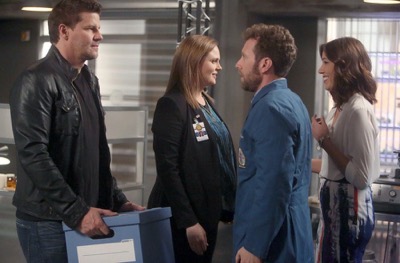 Bones: The Final Chapter is released on DVD by FOX Home Video. The picture quality is solid, there were some spots of loss and some of the fine detail is missed when not being put out on high definition. I wish the series would have continued to be released on Blu-ray. The picture quality is helped by the fact that the presentation is still better than the broadcast version, so in that sense it’s still an upgrade from what was previously available.

Back to the Lab: A Bones Retrospective – Clocking in at just over 20 minutes, this is the featurette that previously appeared before the finale. The cast and crew look back over the course of the 12 seasons and the fond memories that they have.

Gag Reel – This is a super short (3 minutes) reel that feature the cast messing up their lines, etc… It’s always fun to watch. 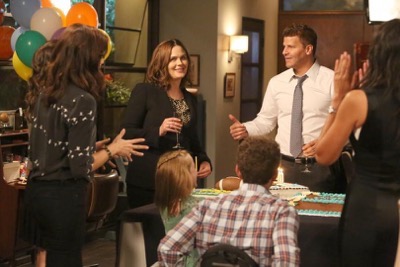 Overall, I’ve enjoyed Bones over the years and this is a fine sendoff for the long running series. The actors all get a chance to say goodbye to their characters and we as the audience get to say goodbye to a series that’s been a part of our lives for over a decade. That’s no small feat to be sure.

Bones: The Final Chapter is out on DVD now!