December is a slower month for new releases so this is my the last batch of Book Beat quick takes for 2017! (Where did this year go?) Don’t worry, I still one more Book Beat to post year —  a look back at my favorite books of the year (all of which make great gifts for the holidays!)

Anyway, this edition of Book Beat quick takes includes one of my favorites of the year and a pair of Star Wars short story collections to fill in the final two weeks before Star Wars: The Last Jedi is out! 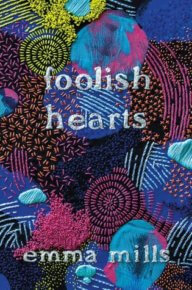 Pitch: Another winner by Emma Mills! This is a terrific, fun contemporary with heart

Story: “A contemporary novel about a girl whose high school production of A Midsummer Night’s Dream leads her to new friends—and maybe even new love.

The day of the last party of the summer, Claudia overhears a conversation she wasn’t supposed to. Now on the wrong side of one of the meanest girls in school, Claudia doesn’t know what to expect when the two are paired up to write a paper—let alone when they’re both forced to try out for the school production of A Midsummer Night’s Dream.

But mandatory participation has its upsides—namely, an unexpected friendship, a boy band obsession, and a guy with the best dimpled smile Claudia’s ever seen. As Claudia’s world starts to expand, she finds that maybe there are some things worth sticking her neck out for.”

Quick take: Emma Mills is one of my favorite contemporary YA authors and this book just proves why. Foolish Hearts is about family, friends and first crushes. She has such a way with dialogue and voice — funny and awkward and very real.

The Girl in the Tower by Katherine Arden 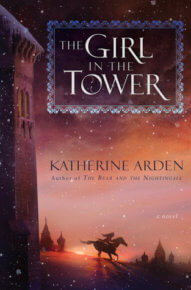 Pitch: Exciting sequel to The Bear and the Nightingale with a different vibe

Story: “The magical adventure begun in The Bear and the Nightingale continues as brave Vasya, now a young woman, is forced to choose between marriage or life in a convent and instead flees her home—but soon finds herself called upon to help defend the city of Moscow when it comes under siege.

Orphaned and cast out as a witch by her village, Vasya’s options are few: resign herself to life in a convent, or allow her older sister to make her a match with a Moscovite prince. Both doom her to life in a tower, cut off from the vast world she longs to explore. So instead she chooses adventure, disguising herself as a boy and riding her horse into the woods. When a battle with some bandits who have been terrorizing the countryside earns her the admiration of the Grand Prince of Moscow, she must carefully guard the secret of her gender to remain in his good graces—even as she realizes his kingdom is under threat from mysterious forces only she will be able to stop.”

Quick take: The Bear and the Nightingale is a beautifully told historic fantasy/fairy tale. The Girl in the Tower is out of the forest and into Moscow and its politics which makes for a different energy.  It’s a thrilling adventure and I can’t wait to read the conclusion since the ending opens the door for a big finale. 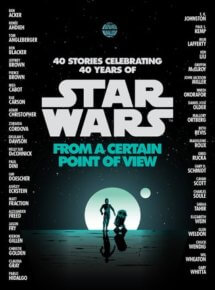 Pitch: If you ever wanted to watch Star Wars: A New Hope again for the first time, this is kind of like that

Story: “On May 25, 1977, the world was introduced to Han Solo, Luke Skywalker, Princess Leia, C-3PO, R2-D2, Chewbacca, Obi-Wan Kenobi, Darth Vader, and a galaxy full of possibilities. In honor of the 40th anniversary, more than 40 contributors lend their vision to this retelling of Star Wars. Each of the 40 short stories reimagines a moment from the original film, but through the eyes of a supporting character. From a Certain Point of View features contributions by best-selling authors, trendsetting artists, and treasured voices from the literary history of Star Wars:

Quick take: This collection features a head-spinning list of talent who are donating their compensation to First Book which promote child literacy. Ergo, this books is a win/win for everyone! If, like me, you can pretty much re-enact the whole movie, it’s fun to re-live every scene in a different way since the stories are lined up in sequence. My favorite stories include:

The Legends of Luke Skywalker by Ken Liu 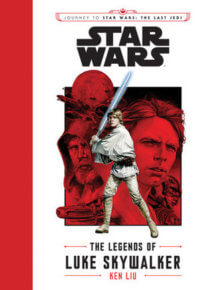 Quick take: There are 6 stories about Luke which range from during Return of the Jedi to before Rey gave him back his lightsaber. This gives us a glimpse of Luke when he was scouring the galaxy for Jedi talent. Since each has a different narrator, there’s quite a variety here with my favorites being the 4th and 5th ones since there’s a lightness and humor about them.

A Poison Dark and Drowning by Jessica Cluess 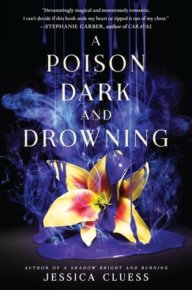 Pitch: Monsters, magic, men and Victorian England! This second chapter in the series gets more mayhem.

Story: “The magicians want her to lead. The sorcerers want her to lie. The demons want her blood. Henrietta wants to save the one she loves. But will his dark magic be her undoing?

Henrietta doesn’t need a prophecy to know that she’s in danger. She came to London to be named the chosen one, the first female sorcerer in centuries, the one who would defeat the bloodthirsty Ancients. Instead, she discovered a city ruled by secrets. And the biggest secret of all: Henrietta is not the chosen one.

Still, she must play the role in order to keep herself and Rook, her best friend and childhood love, safe. But can she truly save him? The poison in Rook’s system is transforming him into something monstrous as he begins to master dark powers of his own.

So when Henrietta finds a clue to the Ancients’ past that could turn the tide of the war, she persuades Blackwood, the mysterious Earl of Sorrow-Fell, to travel up the coast to seek out strange new weapons. And Magnus, the brave, reckless flirt who wants to win back her favor, is assigned to their mission. Together, they will face monsters, meet powerful new allies, and uncover the most devastating weapon of all: the truth.”

Quick take: Origin stories have a clear structure to them, but the sequels can vary widely. In A Poison Dark and Drowning, things are messy and not quite what you think they will be — which is a good thing. There’s plenty of action and we see more of the Fae and the Ancients. Romance is still an important plot line as Henrietta tries to figure out what to do with Rook, Magnus and Blackwood. It’s a fun and original series if you’re looking for some monsters to go with your Victorian fantasy.

Year One by Nora Roberts 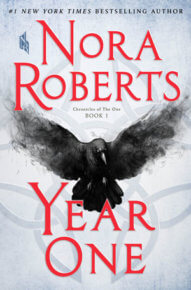 The sickness came on suddenly, and spread quickly. The fear spread even faster. Within weeks, everything people counted on began to fail them. The electrical grid sputtered; law and government collapsed—and more than half of the world’s population was decimated.

Where there had been order, there was now chaos. And as the power of science and technology receded, magic rose up in its place. Some of it is good, like the witchcraft worked by Lana Bingham, practicing in the loft apartment she shares with her lover, Max. Some of it is unimaginably evil, and it can lurk anywhere, around a corner, in fetid tunnels beneath the river—or in the ones you know and love the most.

As word spreads that neither the immune nor the gifted are safe from the authorities who patrol the ravaged streets, and with nothing left to count on but each other, Lana and Max make their way out of a wrecked New York City. At the same time, other travelers are heading west too, into a new frontier. Chuck, a tech genius trying to hack his way through a world gone offline. Arlys, a journalist who has lost her audience but uses pen and paper to record the truth. Fred, her young colleague, possessed of burgeoning abilities and an optimism that seems out of place in this bleak landscape. And Rachel and Jonah, a resourceful doctor and a paramedic who fend off despair with their determination to keep a young mother and three infants in their care alive.

In a world of survivors where every stranger encountered could be either a savage or a savior, none of them knows exactly where they are heading, or why. But a purpose awaits them that will shape their lives and the lives of all those who remain.

The end has come. The beginning comes next.”

Quick take: There’s a lot of early The Walking Dead in Year One. I enjoyed this book, but I had strong flashbacks to other stories which sort of lessens the thrill. There are intriguing characters and the whole vague destiny/prophecy about The One helps to spice things up and keep the reader thirsty for more.

Thanks to Macmillan (Foolish Hearts, Year One), Del Rey (The Girl in the Tower), Random House (A Poison Dark and Drowning) and Disney Hyperion (The Legends of Luke Skywalker) for providing the books for review. Want more details on my impression of these and other books? Check out my ratings and full reviews at Goodreads. 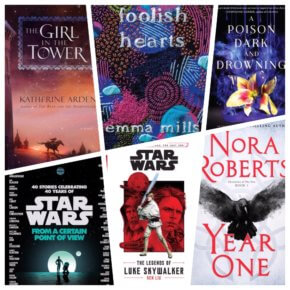