I’m mixing things up a bit so this edition of Book Beat ranges from picture books to adult fiction. There are heroes of all kinds including goddesses, astromech droids, and women who persisted. Happy reading! 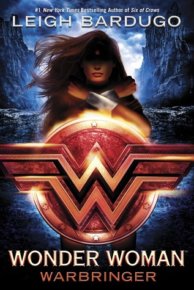 Story: “She will become one of the world’s greatest heroes: WONDER WOMAN. But first she is Diana, Princess of the Amazons. And her fight is just beginning. . . .

Diana longs to prove herself to her legendary warrior sisters. But when the opportunity finally comes, she throws away her chance at glory and breaks Amazon law—risking exile—to save a mere mortal. Even worse, Alia Keralis is no ordinary girl and with this single brave act, Diana may have doomed the world.

Alia just wanted to escape her overprotective brother with a semester at sea. She doesn’t know she is being hunted. When a bomb detonates aboard her ship, Alia is rescued by a mysterious girl of extraordinary strength and forced to confront a horrible truth: Alia is a Warbringer—a direct descendant of the infamous Helen of Troy, fated to bring about an age of bloodshed and misery.

Together, Diana and Alia will face an army of enemies—mortal and divine—determined to either destroy or possess the Warbringer. If they have any hope of saving both their worlds, they will have to stand side by side against the tide of war.”

Quick take:  This book kicks off a new series of YA novels featuring some of DC Comic’s best-known heroes/villains. This one is a fun adventure as Diana transforms from Amazon into Wonder Woman. Lots of action, lots of humor, a little romance, a lot of Greek history and mythology and some unexpected twists and turns.

If you pre-order a copy, submit your receipt here for an art print featuring Diana, Alia and the whole gang.

Next up in the series: Batman: Nightwalker by Marie Lu in January! 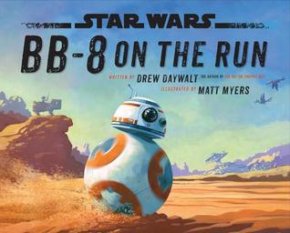 Pitch: BB-8’s adventure between leaving Poe and being saved by Rey

Story: “When BB-8 is separated from his master, Poe Dameron, on the lonely desert planet of Jakku, he has no choice but to keep rolling. It’s all up to him to get a top-secret map back to the Resistance so they can find Luke Skywalker and save the galaxy from the evil First Order.

It’s scary to have a big job when you’re just a little droid on your own. But BB-8 isn’t alone for long. As he speeds across the sand, BB-8 meets all kinds of strangers who need his help. Should he do good things, as Poe always told him, or will that get in the way of his mission?

Quick take: Beautiful artwork and a super cute story about the darling of Star Wars: The Force Awakens. Little and older Star Wars fans will love how this little guy gets around! 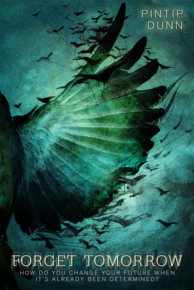 Pitch: Dystopian science fiction about the bond between sisters and the power of fate

Imagine a world where your destiny has already been decided…by your future self.

It’s Callie’s seventeenth birthday and, like everyone else, she’s eagerly awaiting her vision―a memory sent back in time to sculpt each citizen into the person they’re meant to be. A world-class swimmer. A renowned scientist.

Or in Callie’s case, a criminal.

In her vision, she sees herself murdering her gifted younger sister. Before she can process what it means, Callie is arrested and placed in Limbo―a prison for those destined to break the law. With the help of her childhood crush, Logan, a boy she hasn’t spoken to in five years, she escapes the hellish prison.

But on the run from her future, as well as the government, Callie sets in motion a chain of events that she hopes will change her fate. If not, she must figure out how to protect her sister from the biggest threat of all.

Quick take: I totally binged this book. It’s got a brisk pace, a well-developed voice and some fascinating ideas. Some of the science may be a bit dicey (what part of time travel isn’t?), but I enjoyed this ride and the second book, Remember Yesterday. The final book, Seize Today, is out in October so now is a good time to start binging! 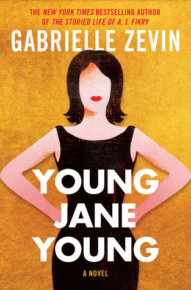 Story: “From the bestselling author of the beloved The Storied Life of A. J. Fikry comes another perfect fable for our times–a story about women, choices, and recovering from past mistakes.

Young Jane Young’s heroine is Aviva Grossman, an ambitious Congressional intern in Florida who makes the life-changing mistake of having an affair with her boss‑‑who is beloved, admired, successful, and very married‑‑and blogging about it. When the affair comes to light, the Congressman doesn’t take the fall, but Aviva does, and her life is over before it hardly begins. She becomes a late‑night talk show punchline; she is slut‑shamed, labeled as fat and ugly, and considered a blight on politics in general.

How does one go on after this? In Aviva’s case, she sees no way out but to change her name and move to a remote town in Maine. She tries to start over as a wedding planner, to be smarter about her life, and to raise her daughter to be strong and confident. But when, at the urging of others, she decides to run for public office herself, that long‑ago mistake trails her via the Internet like a scarlet A. For in our age, Google guarantees that the past is never, ever, truly past, that everything you’ve done will live on for everyone to know about for all eternity. And it’s only a matter of time until Aviva/Jane’s daughter, Ruby, finds out who her mother was, and is, and must decide whether she can still respect her.

A novel about a world that continues to want to define what women are and what they can, and cannot, do, Young Jane Young follows three generations of women, plus the wife of the Congressman. Told in varying voices through e-mails and even a Choose Your Own Adventure section, it captures not just the mood of this particular, highly charged moment but is an accessible, witty, smart take on the double standards that are alive and well and waiting to trip up ordinary and extraordinary women alike.”

Quick take: This book is humorous, serious and many other things. Each character is written in a distinct voice with a clear POV that draws you into her story. Along the way, there’s a comment on how men can get away and live through a scandal while the woman’s professional life is over. This was a pleasure to read even as I wish there was a bit more closure at the end,

The Arsonist by Stephanie Oakes 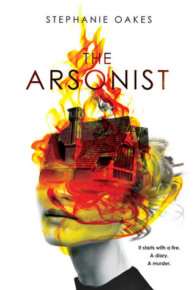 Pitch: A mash up of contemporary mystery and historic fiction from three points of view

Story: “Molly Mavity is not a normal teenage girl. For one thing, her father is a convicted murderer, and his execution date is fast approaching. For another, Molly refuses to believe that her mother is dead, and she waits for the day when they’ll be reunited . . . despite all evidence that this will never happen.

Pepper Yusef is not your average teenage boy. A Kuwaiti immigrant with epilepsy, serious girl problems, and the most useless seizure dog in existence, he has to write a series of essays over the summer . . . or fail out of school.

And Ava Dreyman—the brave and beautiful East German resistance fighter whose murder at seventeen led to the destruction of the Berlin Wall—is unlike anyone you’ve met before.

When Molly gets a package leading her to Pepper, they’re tasked with solving a decades-old mystery: find out who killed Ava, back in 1989. Using Ava’s diary for clues, Molly and Pepper realize there’s more to her life—and death—than meets the eye. Someone is lying to them. And someone out there is guiding them along, desperate for answers.”

Quick take: This book is a bit odd which is good if it works for you and not so good if it doesn’t. It didn’t work for me since I hate books in second person and this is written as a series of letters or diary entries. It’s also a slow burn (ha!) so it starts off quite slow so some may enjoy this, but it’s not a book for me.

Thanks to Random House (Wonder Woman: Warbringer), Disney (Star Wars: BB-8 on the Run), Algonquin Books (Young Jane Young) and Penguin Teen (The Arsonist) for providing the books for review. Want more details on my impression of these and other books? Check out my ratings and full reviews at Goodreads. 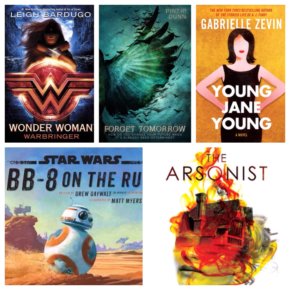