Here’s a first for me — this Book Beat quick takes round up does not feature a single science fiction or fantasy title. Huh. Instead, I have some fantastic books that take place in the real world including a dark thriller, a lovely tale of grief, a terrific Pride and Prejudice update and a biography. 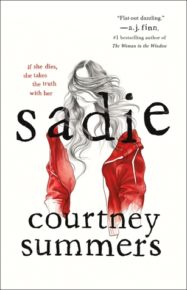 Story: “Sadie hasn’t had an easy life. Growing up on her own, she’s been raising her sister Mattie in an isolated small town, trying her best to provide a normal life and keep their heads above water.

But when Mattie is found dead, Sadie’s entire world crumbles. After a somewhat botched police investigation, Sadie is determined to bring her sister’s killer to justice and hits the road following a few meagre clues to find him.

When West McCray—a radio personality working on a segment about small, forgotten towns in America—overhears Sadie’s story at a local gas station, he becomes obsessed with finding the missing girl. He starts his own podcast as he tracks Sadie’s journey, trying to figure out what happened, hoping to find her before it’s too late.”

Quick take: I’m not a fan of thrillers, but this is so well done that anyone can pick up this book and get sucked in. The writing is masterful with the emotions and dark places so very true. If you’re looking for a dark thriller, this is a great choice. 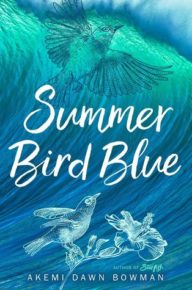 Pitch: Beautiful story about grief, sisters, loneliness, friendship and romance and the power of art to heal.

Story: “Rumi Seto spends a lot of time worrying she doesn’t have the answers to everything. What to eat, where to go, whom to love. But there is one thing she is absolutely sure of—she wants to spend the rest of her life writing music with her younger sister, Lea.

Then Lea dies in a car accident, and her mother sends her away to live with her aunt in Hawaii while she deals with her own grief. Now thousands of miles from home, Rumi struggles to navigate the loss of her sister, being abandoned by her mother, and the absence of music in her life. With the help of the “boys next door”—a teenage surfer named Kai, who smiles too much and doesn’t take anything seriously, and an eighty-year-old named George Watanabe, who succumbed to his own grief years ago—Rumi attempts to find her way back to her music, to write the song she and Lea never had the chance to finish.”

Quick take: Akemi Dawn Bowman continues to show her mastery of voice with a light and beautiful style that can rip your heart in half. Bonus points for a story that stars a hapa girl, a girl who isn’t sure that she wants a romantic or sexual relationship, who finds friendship in the unlikeliest places and isn’t looking for a storybook magic ending. Lovely and aching, it’s a heartbreaker. 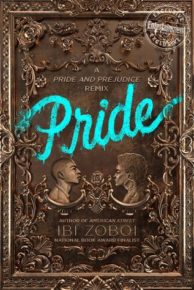 Pitch: A great book on its own and a great re-telling of Pride and Prejudice.

Story: “Zuri Benitez has pride. Brooklyn pride, family pride, and pride in her Afro-Latino roots. But pride might not be enough to save her rapidly gentrifying neighborhood from becoming unrecognizable.

When the wealthy Darcy family moves in across the street, Zuri wants nothing to do with their two teenage sons, even as her older sister, Janae, starts to fall for the charming Ainsley. She especially can’t stand the judgmental and arrogant Darius. Yet as Zuri and Darius are forced to find common ground, their initial dislike shifts into an unexpected understanding.

But with four wild sisters pulling her in different directions, cute boy Warren vying for her attention, and college applications hovering on the horizon, Zuri fights to find her place in Bushwick’s changing landscape, or lose it all.” 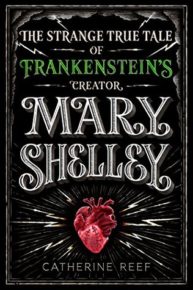 Pitch: A biography of Mary Shelley and her unconventional, forward-thinking life. Oh, she wrote Frankenstein, too.

Story: “On the 200th anniversary of the publication of Frankenstein,comes a riveting biography of its author, Mary Shelley, whose life reads like a dark gothic novel, filled with scandal, death, drama, and one of the strangest love stories in literary history.

The story of Frankenstein’s creator is a strange, romantic, and tragic one, as deeply compelling as the novel itself. Mary ran away to Lake Geneva with the poet Percy Bysshe Shelley when she was just sixteen. It was there, during a cold and wet summer, that she first imagined her story about a mad scientist who brought a corpse back to life. Success soon followed for Mary, but also great tragedy and misfortune.

Catherine Reef brings this passionate woman, brilliant writer, and forgotten feminist into crisp focus, detailing a life that was remarkable both before and after the publication of her iconic masterpiece. Includes index.”

Quick take: Mary Shelley had a very unconventional life which makes for great reading. A lot of that is chronicled here in a very readable format with lots of pictures and illustrations. A few stories and rumors are omitted, but it’s still a fascinating story of the woman behind a landmark piece of art.

Thanks to Macmillan (Sadie), Simon & Schuster (Summer Bird Blue),  HarperCollins (Pride) and HMH Teen (The Strange True Tale of Frankenstein’s Creator Mary Shelley) for providing the books for review. Want more details on my impression of these and other books? Check out my ratings and full reviews at Goodreads. 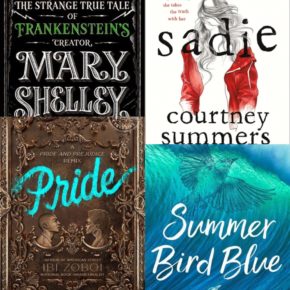