Home / Book Beat • Book Reviews • The Lovely Erica / Book Beat! Quick takes on #WeNeedDiverseBooks with The Great American Whatever and All American Boys!

The world is a huge rainbow of humanity and this is slowly being represented in our arts. Real slow if you look at this year’s Oscars which strove for greater diversity, but then included racist Asian jokes and ignored others all together. So, yes, diversity sucks in the movies, but there is progress elsewhere with the help of movements like #WeNeedDiverseBooks and #OwnVoices.

#WeNeedDiverseBooks seeks to promote greater variety in fiction. Its refreshing to read books with different ethnicities, religions, sexual orientations or to include people of varying body types, mental and physical abilities. Broad representation is not just PC, but it’s also a good business decision.  Have you noticed how commercials tend to be more diverse? Advertisers know they can better impact people if viewers relate to the people in the ads. Ergo, a lot of the really big companies make sure that their campaigns include different types of households (straight, gay, mixed ethnicities, etc…).  Even Barbie is breaking the mold (literally) and is representing more body types. Inclusion is good.

While we may be seeing more diverse characters (yeah!), they aren’t always written by diverse authors. Publishing houses are staffed by embarrassing high percentages of white males so there’s also another push called #OwnVoices to support and promote writers of these marginalized groups. I appreciate seeing a variety of characters, but there’s something unique when writers write about their own experience or from their own cultural inspirations.

This issue of Book Beat has several #OwnVoices books which is totally by chance, and sort of not. I didn’t pick this theme on purpose, but I suppose it was bound to happen since naturally gravitate towards these books. I’m not looking to read a lecture on a topic (that’s non-fiction), but I’m hoping to read something different. I’m hoping to experience something different since that’s the point of reading, right?

So make sure you sprinkle a little diversity in your reading. For more info, you can check out the #WeNeedDiverseBooks website and some of the books and authors below. (Also, pick up books by Jenny Han, Marie Lu and Renee Ahdieah who write contemporary and fantasy. I’m also making my way to-be-read pile that includes Daniel Jose Older, Nnedi Okorafor, Sona Charaipotra, Dhonielle Clayton, Sabaa Tahir and Heidi Helig.) Got any other suggestions?  Comment below and let me know if there’s a book or author I should add to my list!

The Great American Whatever by Tim Federle 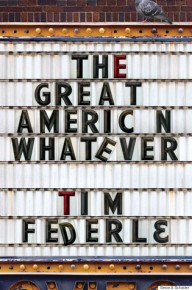 Pitch: A funny and painful story about moving on

Story: “Quinn Roberts is a sixteen-year-old smart aleck and Hollywood hopeful whose only worry used to be writing convincing dialogue for the movies he made with his sister Annabeth. Of course, that was all before—before Quinn stopped going to school, before his mom started sleeping on the sofa…and before Annabeth was killed in a car accident.

Enter Geoff, Quinn’s best friend who insists it’s time that Quinn came out—at least from hibernation. One haircut later, Geoff drags Quinn to his first college party, where instead of nursing his pain, he meets a guy—a hot one—and falls hard. What follows is an upside-down week in which Quinn begins imagining his future as a screenplay that might actually have a happily-ever-after ending—if, that is, he can finally step back into the starring role of his own life story.”

Quick take: This is a funny book, but this is also a very sad book. Quinn is witty and so amusing, but this isn’t a light and frothy book since he’s grieving for his sister. The reader can’t help but feel his pain on this worth roller coaster of emotion.

All American Boys by Jason Reynolds and Brendon Kiely 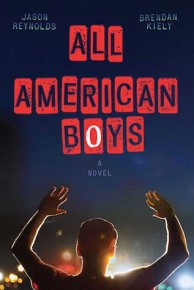 Pitch: An moving illustration of the importance of #BlackLivesMatter

Story: “Rashad is absent again today. That’s the sidewalk graffiti that started it all…

Well, no, actually, a lady tripping over Rashad at the store, making him drop a bag of chips, was what started it all. Because it didn’t matter what Rashad said next—that it was an accident, that he wasn’t stealing—the cop just kept pounding him. Over and over, pummeling him into the pavement. So then Rashad, an ROTC kid with mad art skills, was absent again…and again…stuck in a hospital room. Why? Because it looked like he was stealing. And he was a black kid in baggy clothes. So he must have been stealing.

And that’s how it started.

And that’s what Quinn, a white kid, saw. He saw his best friend’s older brother beating the daylights out of a classmate. At first Quinn doesn’t tell a soul…He’s not even sure he understands it. And does it matter? The whole thing was caught on camera, anyway. But when the school—and nation—start to divide on what happens, blame spreads like wildfire fed by ugly words like “racism” and “police brutality.” Quinn realizes he’s got to understand it, because, bystander or not, he’s a part of history. He just has to figure out what side of history that will be.

Rashad and Quinn—one black, one white, both American—face the unspeakable truth that racism and prejudice didn’t die after the civil rights movement. There’s a future at stake, a future where no one else will have to be absent because of police brutality. They just have to risk everything to change the world.

Cuz that’s how it can end.”

Quick take: Beautifully restrained, this book is both wonderful and important. This isn’t an angry lecture, but it is a story of racism that’s both moving and tragic. This is very much a story of now (just flip on the news), but this story can help build more  awareness and understanding so maybe someday we can call this a period piece. Read this book. Seriously.

Shylock is My Name by Howard Jacobson 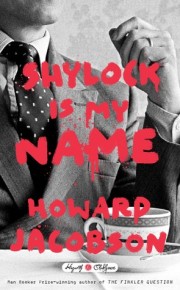 Pitch: Sneeringly angry re-telling of The Merchant of Venice in contemporary NYC

Story: “Winter, a cemetery, Shylock. In this provocative and profound interpretation of The Merchant of Venice, Shylock is juxtaposed against his present-day counterpart in the character of art dealer and conflicted father Simon Strulovitch. With characteristic irony, Jacobson presents Shylock as a man of incisive wit and passion, concerned still with questions of identity, parenthood, anti-Semitism and revenge. While Strulovich struggles to reconcile himself to his daughter Beatrice’s ‘betrayal’ of her family and heritage – as she is carried away by the excitement of Manchester high society, and into the arms of a footballer notorious for giving a Nazi salute on the field – Shylock alternates grief for his beloved wife with rage against his own daughter’s rejection of her Jewish upbringing. Culminating in a shocking twist on Shylock’s demand for the infamous pound of flesh, Jacobson’s insightful retelling examines contemporary, acutely relevant questions of Jewish identity while maintaining a poignant sympathy for its characters and a genuine spiritual kinship with its antecedent—a drama which Jacobson himself considers to be ‘the most troubling of Shakespeare’s plays for anyone, but, for an English novelist who happens to be Jewish, also the most challenging.’”

Quick take: If you’re looking for a new take on The Merchant of Venice with an angry viewpoint, this may be for you (it definitely wasn’t for me). Unlike the previously mentioned books which are telling stories that anyone can relate to, this is focused on telling a very specific viewpoint and those outside the view may not relate as well.

The Orphan Queen by Jodi Meadows 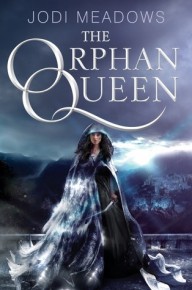 Pitch: Epic fantasy adventure with something for everyone

Story: “She is a princess. When the Indigo Kingdom conquered her homeland, Wilhelmina and other orphaned children of nobility were taken to Skyvale, the Indigo Kingdom’s capital. Ten years later, they are the Ospreys, experts at stealth and theft. With them, Wilhelmina means to take back her throne.

She is a spy. Wil and her best friend, Melanie, infiltrate Skyvale Palace to study their foes. They assume the identities of nobles from a wraith-fallen kingdom, but enemies fill the palace, and Melanie’s behavior grows suspicious. With Osprey missions becoming increasingly dangerous and their leader more unstable, Wil can’t trust anyone.

She is a threat. Wraith is the toxic by-product of magic, and for a century using magic has been forbidden. Still the wraith pours across the continent, reshaping the land and animals into fresh horrors. Soon it will reach the Indigo Kingdom. Wilhelmina’s magic might be the key to stopping the wraith, but if the vigilante Black Knife discovers Wil’s magic, she will vanish like all the others.”

Quick take: OK, this book doesn’t fall into the #OwnVoices category (unless author Jodi Meadows is a lost queen and we don’t know it yet), but I wanted to include this fascinating fantasy since the next and final book in the series, The Mirror King, will be out next month. There’s a whole lot of different things in this stew: fantasy, court intrigue, lost princess and scary forests. It’s a fun adventure with a strong lost Princess who’s determined to take the right steps to take back her crown.

Available: Now. Also, Jodi is offering a pre-order incentive for The Mirror King with personally hand-written quotes from the new book. Email proof of purchase and your shipping address to (the best email address ever) unicornwarlord@gmail.com

Thanks to the publishers, NetGalley and Blogging for Books for providing The Great American Whatever and Shylock is My Name for review. Want more details on my impression of these and other books? Check out my ratings and full reviews at Goodreads.

Here are some upcoming releases that are on my radar, but I haven’t had a chance to read yet: 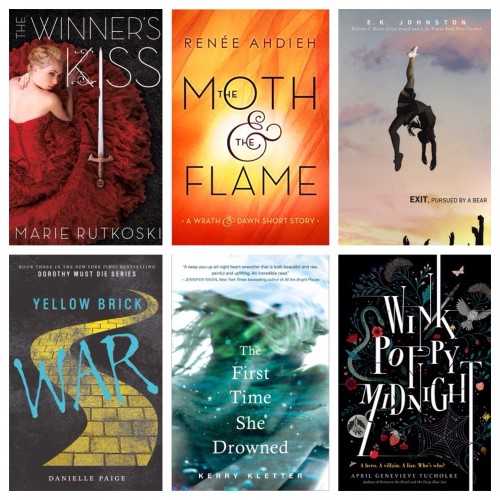