Home / Reviews • The Lovely Erica / Book Review: As If! The Oral History of Clueless! The 411 on the Movie! Whatever!

Let’s, like, totally pause for the 20th Anniversary of Clueless!

For those who can’t get enough of the Bettys and Baldwins of the modern cult classic, Jen Chaney’s As If!: The Oral History of Clueless has tons of fun information on the creation and impact of this film. I received an advanced copy through Good Reads so here’s the 411!

As If! starts with the script origins as a TV series, how it changed into a movie adaption of Jane Austen’s Emma and then the ups and downs to get the project greenlighted. After switching studios, Paramount gave it a go. 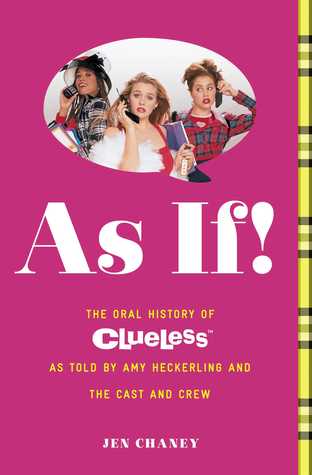 To me, the most interesting part is the next section on the casting process and the people that were almost in the movie. Example: Reese Witherspoon was considered for the role of Cher. Sarah Michelle Gellar was almost in the film — as Cher’s nemesis, Amber. Sarah Michelle was offered the role, but All My Children wouldn’t give her the time off. Terrence Howard was almost Murray, but the role ultimately went to Terrance’s cousin Donald Faison. Can you picture Jeremy Renner as Travis, the skateboarding stoner? He and Johnny Galecki were finalists for Travis. As If! gives quite a few more names of people who auditioned or who made it to the finals. Sarah Michelle would’ve made a great Amber. Ah…what might’ve been!

Once the movie started principle photography, their greatest issue was rainy weather. Yeah, that’s it. No one seems to have any negative memories of the film and it sounds like production was smooth. There are interesting tidbits here and there, but the lack of drama makes this a bit dull.

If you’re looking for information on Clueless, there’s a fair amount of information here. Just know that you’ll have to work a little to read it. It’s an “oral history” so the book is basically a collection of quotes from interviews. Ergo, there isn’t a flowing narrative and it reads a little like a news report where topics are ticked off.

While Chaney was able to talk to variety of cast and crew members, the quotes from Alicia Silverstone are relatively sparse and with little depth. This is a big gap in the book’s story since we have cast and crew members talking about Alicia, but we get little insight from Cher herself. 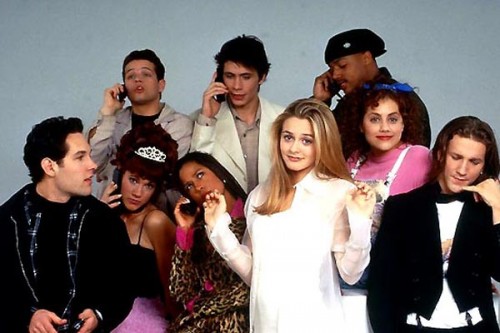 Also, the author is a little too in love with the subject since there are quite a few conclusions about Clueless that seem to be a bit overblown.

Take some of her conclusions with a grain of salt, but I applaud the passion!

As If!: The Oral History of Clueless goes on sale July 7th.