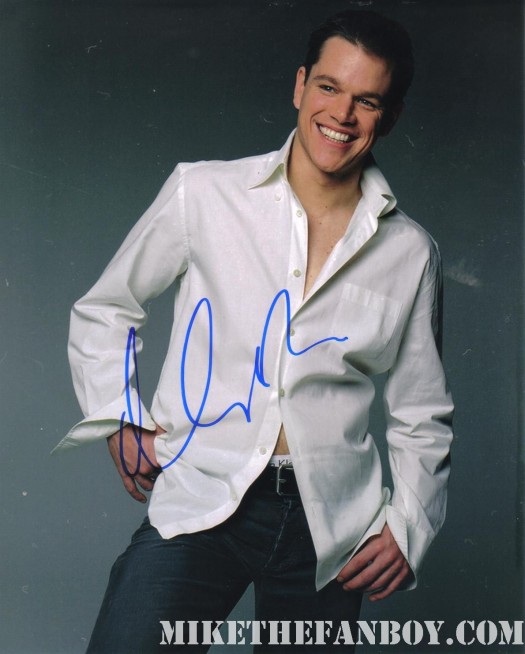 I have been trying for a while now to get Matt Damon. I know what a lot of people are going to say, “he’s so nice!” or how about “He’s super easy to get!” Ahem… tell that to someone who has never met him! Anyway, Matt is taping an appearance on a talk show today, so I am going to wait by the gate to see if he will pull over and stop to sign a couple things.

4:07 p.m. – I have a few photos that I printed just in case, my Bourne poster, and a script for The Talented Mr. Ripley already signed by Jude Law and Cate Blanchett.

4:11 p.m. – I just got a call and a friend told me that he will probably be leaving around 4:30 or so. Well, who knows how this will work, but we’ll see. I have not had that much luck here, because the celebrities actually have to pull the car over to stop, and I have tried and tried without much luck, but you never know right?

4:17 p.m. – It’s actually very rainy here and looks so gloomy and overcast. Blech. I wish I had last month’s Esquire magazine, but unfortunately I had it in a drawer and it got all scratched up. I was so ticked off because I love that cover! Sigh… what can you do right? 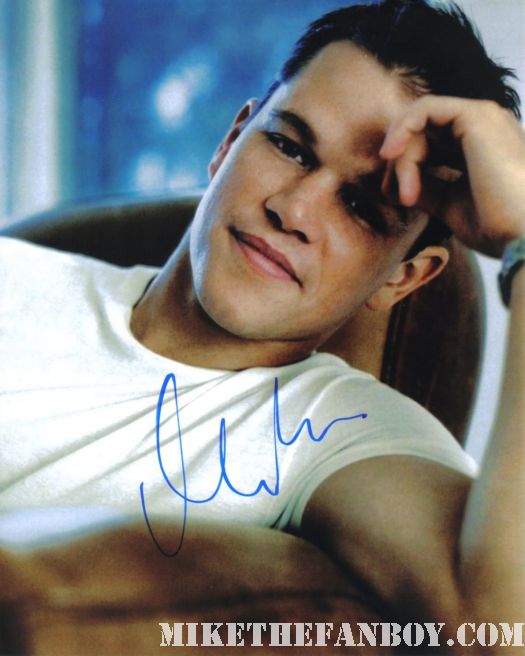 4:29 p.m. – There’s a car, and it’s pulling over. Holy crap it’s Matt! He pulled over before we even asked! There are five of us here now, and we all walk up and he just signs and signs. I got my script cover done, and then the poster, and then like I inevitably do, I dropped all my photos under the car… yep, under the car… sigh…. 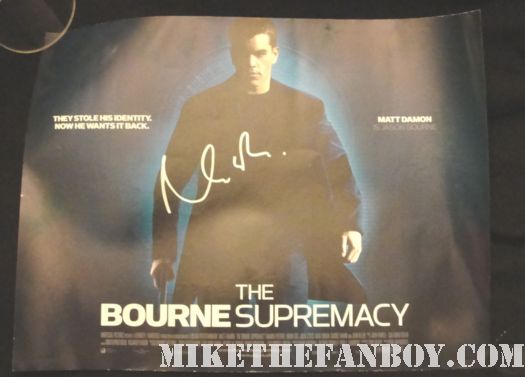 4:32 p.m. – I am now under Matt Damon’s SUV. He is signing away, and I am crawling on the floor. Sigh, I just got my photos. I stuck them in the mix of photos and he still signs them! Damn, he must have signed like 50 autographs before he said he had to go. Crazy! I have never seen someone sign so much in all my life! I crawled under his car and still got all my stuff done! Lol… Only me… Only me… 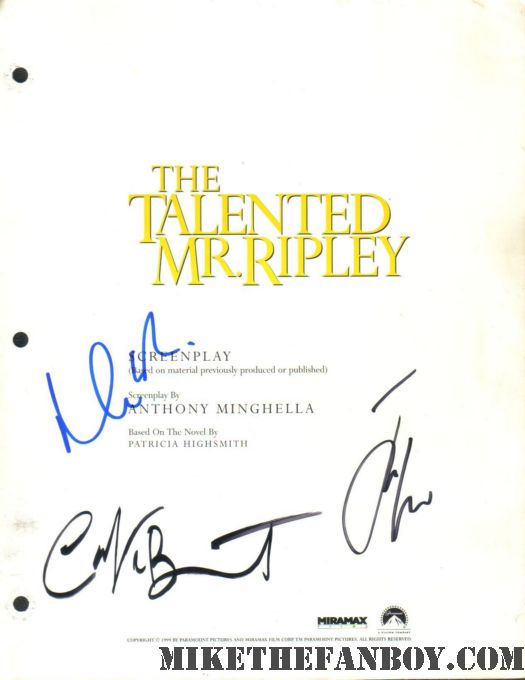 originally published by mike sametz as Mike Gets Around on www.mishmashmagazine.com