There’s something about a Steven Spielberg movie. You can almost sense his directorial style and choice before they happen. He can craft a story and tale like no other director working today, there’s a sense of childlike wonder no matter what story he presents to an audience. 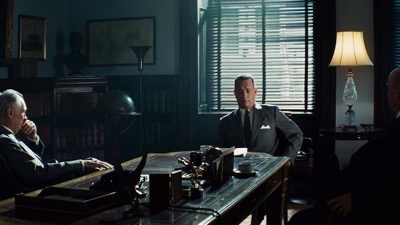 In Bridge of Spies, out Feb. 2nd on Blu-ray, Steven Spielberg crafts a cold war tale of global intrigue and an intimate character study. Rudolf Abel (Mark Rylance) is a Soviet spy who gets arrested in New York. In court, it’s little more than a show trial to determine his guilt. The government reaches out to prosecutor James Donovan (Tom Hanks) who is currently working insurance law. Donovan ultimately takes the case, saying that it’s his patriotic duty even though it’s a no win scenario. 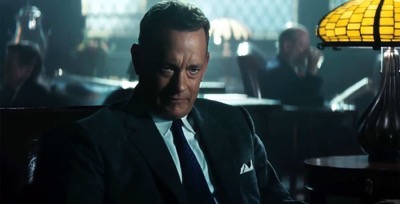 Donovan starts to work the case and gains respect for Abel in his refusal to betray his country or the causes that he believes in. Even when Donovan is mocked for defending someone who is already tried and convicted in the court of public opinion, he still fights for his client even trying to get the court to grant clemency and spare him the death penalty. Citing the need to perhaps use Abel as a political pawn, Donovan tries to at least help sway the court to his side. 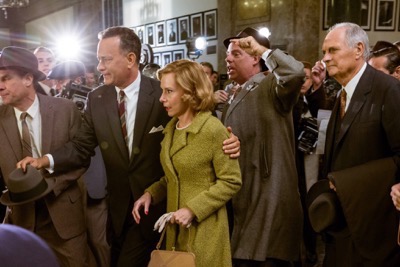 As it turns out, a young pilot Frances Gary Powers (Austin Stowell) who is flying a U-2 spy plane gets shot down and taken prisoner by the Soviets. Donovan is once again called in to attend secret meetings in Berlin and try to negotiate a prisoner exchange. The U.S. will give the Soviets Abel and the U.S. would get Powers, at the same time Donovan is also trying to get an American student Frederic Pryor (Will Rogers) released as well. Frederic was taken into Soviet custody while crossing into East Berlin when the wall was being constructed. 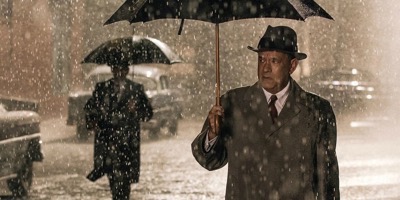 The film has a few twists and turns, but isn’t as plot driven as the synopsis above would lead you to believe. It’s a story of a man torn between the ideals he believes in and those who threaten said ideals. It’s a heady subject for what could be a simple political thriller and one, that in lesser hands might devolve into a less interesting character study. Eventually Donovan holds true to his beliefs and the public’s growing respect for Donvan, attempting to negotiate an exchange for the prisoners. 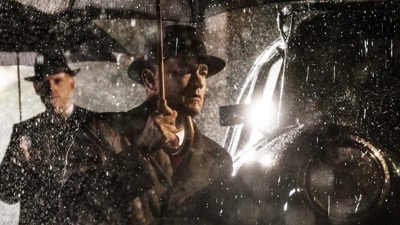 Once again Steven Spielberg shows his technical merit and makes the film a work of art. He channels the old spy thrillers of the 50’s and 60’s which he clearly was trying to emulate and creates a wonderful tone. Nothing seems forced of clunky and each of the character’s movements and decisions are organic and grounded in realism. 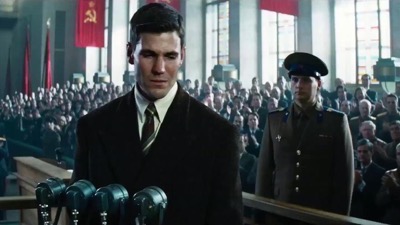 Tom Hanks delivers an excellent performance, taking the character’s stern and steadfast way and balancing that with his good guy charm. However Mark Rylance really steals the show here. As Abel he crafts one of the best supporting characters in the past year and as an audience member you can see why someone like Donovan would find Abel not only interesting but someone worthy of forging a friendship with. Even one as unlikely as this. 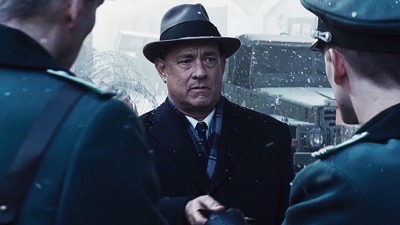 Bridge of Spies arrives on Blu-ray in an excellent transfer as one would expect from the Walt Disney Company. The intimate details of the film are highlighted in high definition and even the smallest facial expressions are brought to life in dazzling quality. The colors are rich and balance between the two opposing sides in the film.

Special Features on the Blu-ray release include A Case of the Cold War: Bridge of Spies, it’s an interesting featurette spanning just over 15 minutes that talks about the real life events explored in the film as well as the politics and the era in which the film takes place. 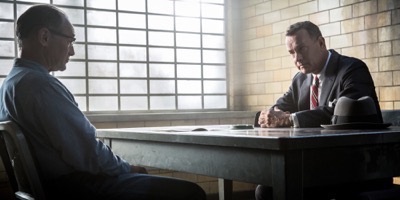 There is also a ten minute featurette Berlin 1961: Re-Creating the Divide, that has the cast and crew sharing the history of the wall and what it represents in the film.

Two other featurettes are also included U-2 Spy Plane, which talks about the real history of the U-2 plane and Spy Swap: Looking Back on the Final Act. It’s a very short look at the historical details about what happened in the final minutes featured in the film. 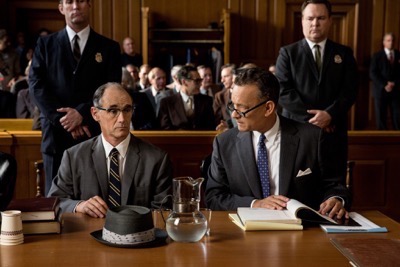 Overall, It’s rare to find an adult compelling thriller done in such a masterful way. The performances are top notch and the directing is everything you would come to expect from a masterful storyteller like Steven Spielberg. If you didn’t catch Bridge of Spies during it’s theatrical run, I suggest picking up the Blu-ray. You will not be disappointed.

Bridge of Spies is out Feb. 2nd on Blu-ray!