When it comes to animated features, the real question I have is… Can Disney do no wrong? They have the majority on the animated classics and with the purchase of Pixar have dominated the digital animation market. More than that that though, they imbue their characters with so much heart and soul, it’s almost impossible not to think of them as living breathing creatures. They allow their characters to age, show their flaws and mature. 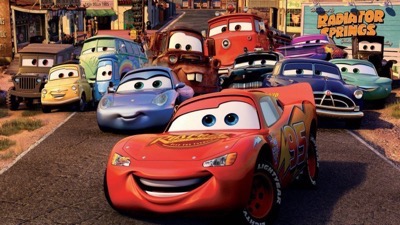 That is the thinking behind Cars 3, which is out now on Blu-ray. Age is precisely the thing that is driving… Pardon the pun, Lightning McQueen (Owen Wilson) in this saga of the race car who may be past his prime. It’s quite a difference from the first film, where Lightning McQueen was the most supped up speedster on the track. Now, he’s an older model not quite living in the fast lane. 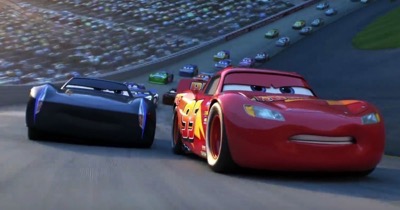 Lightning McQueen is racing and doing well. That is until a new upstart, Jackson Storm (Armie Hammer) shows up to steal his thunder and put his position as top dog in jeopardy. Jackson wins a race and everyone starts talking about how the newcomer, more technically advanced and sleeker, can unseat Lightning McQueen. This prompts Lightning to really push himself and try to compete with the young upstart and in doing so he crashes. To rest up and put himself back together Lightning heads back to Radiator Springs. 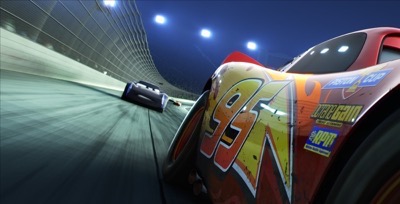 The fickle hand of fate turns, as does all of the racing fans to the newest and fastest car on the track. Lightning is taken in by a new team owner, Sterling (Nathan Fillion) who helps Lightning get a makeover and get back in racing form. However, can a makeover and upgrade get Lightning back to the top or will he face his future, like so many sports stars before him and realize the end is near.

The one thing I love about Pixar is that they are not afraid to change and let their characters age and grow, just like in the Toy Story franchise. Cars is dealing with the same thing so many people face and one day it just creeps up on you, there are more days behind you than in front. It’s a lofty subject for a kids film but so important for the younger generation to see and understand. It’s extremely logical for the series to go down this path, but in reality they could have waited a few more films to do so. I give them props for doing it in the third chapter and not the seventh. 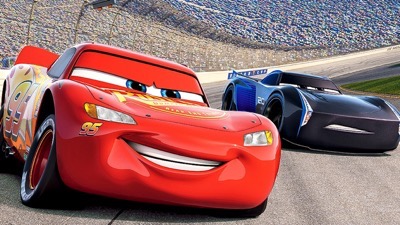 Cars 3 has so much heart and truth in its storytelling, it’s hard not to fall in love with it. The characters go through such a life altering journey and the conclusion, while still ending on a positive note, is real. I was very moved by what the filmmakers did here and think they did a fantastic job.

Cars 3 arrives on Blu-ray in a stunning transfer thanks to Walt Disney Home Video and Pixar. I’ve said it before but Blu-ray really is the medium of animation and here everything looks amazing. It’s like you want to reach your hand into the screen, it’s that clear and that realistic. The subtle textures with the racetrack and beaches are so distinct it brings the world to life. Pretty incredible. 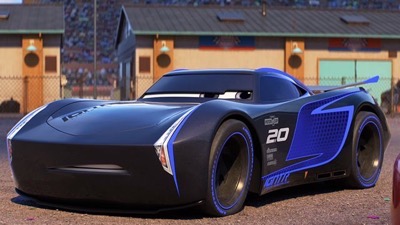 Special features included in this release are spread out over two discs.

Lou – A short film running about six and a half minutes long.

Miss Fritter’s Racing School – This is a great faux commercial about getting one’s groove back on the track.

Ready for the Race – Real life driver William Byron talks about loving racing and life as a professional driver.

Cruz Ramirez: The Yellow Car That Could – This is a look at creating the new character of Cruz.

Audio Commentary – Below the line crew members talk about creating the world. It’s a good track.

Behind the Scenes – This is a great five part feature that dives in the making of the film, production, and more.

Fly Throughs – This is a look at the digital environments in the movie.

My First Car – The cast talks about buying their first car.

Deleted Scenes – There are almost 30 minutes of deleted scenes.

Trailers – a selection of different trailers from different countries.

Promos – different promos for the characters.

If the Cars franchise is zooming towards the end, then Cars 3 is the perfect way to say goodbye. It’s a natural conclusion for the franchise and filled with heart and a really good plot. It has the Disney/Pixar melancholy which doesn’t sugar coat life, but presents it to kids with an open mind and trusts they will understand the themes presented to them. I really loved this film and highly recommend it.