Home / Fanboying! • Veronica Mars / CB Knocks On The Door of The B* In Apartment 23 and Gets To Meet Krysten Ritter and James Van Der Beek! Autographs! Photos!

CB is the B* In Apt 23… It’s true… Nah, I’m kidding. Actually, he’s been going on and on about how much he likes this show. Truth be told I haven’t seen it yet. I know, I know… I need to catch up. It’s like there’s not enough time in the Fanboy day!

I need to clone myself to keep up with work, my blog, events, life, etc… Man oh man…

Anyway, CB had the fortunate opportunity to meet the two stars of The B* In Apartment 23 James Van Der Beek and Krysten Ritter!

Check out his encounter after the jump!

I don’t know how many people are watching The B—- in Apt. 23, but its one of my favorite new shows of 2012.  Its entertaining and having James Van Der Beek play himself is great. See, I only know the Beek from the Creek as the back up quarterback to the great Paul Walker in Varsity Blues. Paul Walker of course went on to star in the huge franchise that is known as Fast and Furious starring along side Vin Diesel.

Wait, did i say Vin Diesel? WOO, time Vin Diesel facts! If you rearrange the letters of Vin Diesel, you get his credo, I END LIVES.  Vin Diesel doesn’t use sunblock, the sun uses VinBlock. There is no “I” in team, but there are two “I”s in Vin Diesel; You’re screwed.  Vin Diesel’s blood type is WD-40.

(Editor’s Note: How does Vin Diesel fit into a write up about the B* In Apartment 23? M-)

Okay, back to the write up because I can hear Mike grinding his teeth!

The main lead in Apt. 23 is Krysten Ritter. She was great in She’s out of your League and I think her character Chloe is great.  It also doesn’t help that she is very attractive and a former model. Breaking Bad fans might also recognize her as  Jane.

So recently, i was able to meet the two stars of the show and had pleasant experiences meeting them.

I first met James Van Der Beek and he is one of the nicest celeb’s I’ve ever met. He took his time with everyone and obliged every request. 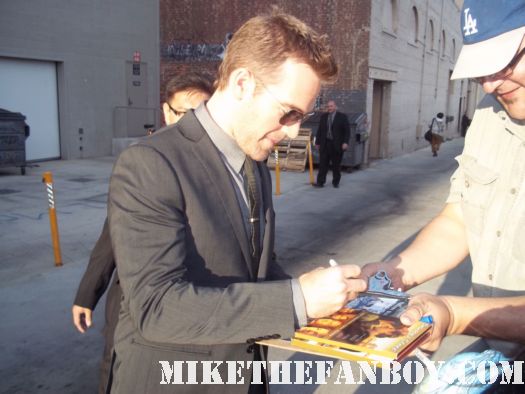 I made the comment how i love the show and he thanked me. I then asked him, “is James Franco going to steal anymore of your roles” and he laughed and said, “we were just talking about him”. He likes to hear feedback from fans and you have to appreciate that. We thank him for taking his time with us and he goes back. Mike actually got him when he left as James came over again! Stand up guy! 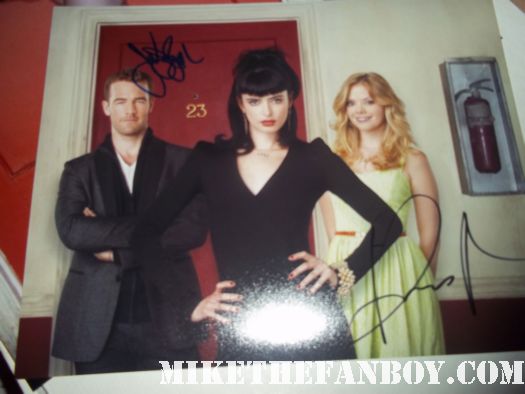 Next up was Krysten Ritter. I’ve heard she was nice, but it was a crazy day the day i met her. I really wanted a photo with her, so that was my main objective, but that failed. Krysten did not sign going in, and she signed when she left, but all hell was breaking lose. I did not get my photo with her, but she did sign my Apt. 23 items. She was so sweet and clearly caught of guard by all the chaos. She did as much as she could and got everyone. I did eventually see her again and finally get my photo with her, so i was very happy! 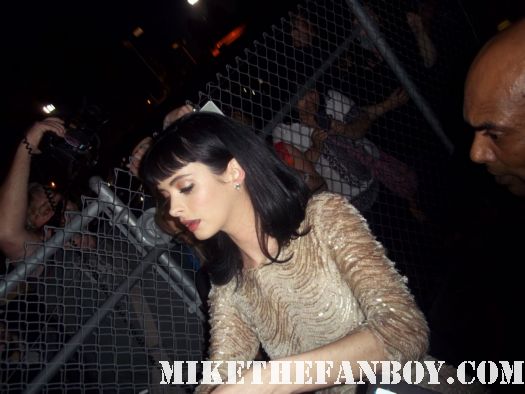 Both the leads were amazing and its great they took time to sign for fans.  Now I just need Dreama Walker to finish my photo! Until next time, CB out! 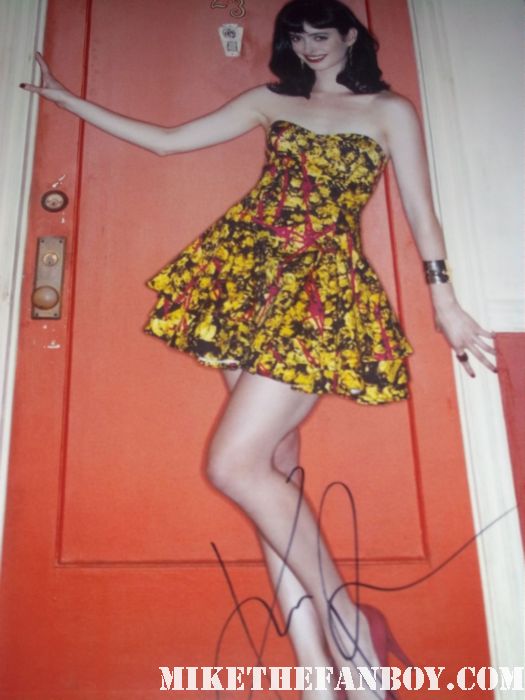