I’m still a little bitter about this one… I kept getting all these emails from CB… When are you posting Harrison Ford? When… When… Well, to that I say… grrrrrrrrrrrrrrr… I just was too tired to go to this, I mean… I was exhausted, but in hindsight I should have gone, cause I have this original Italian Raiders Of The Lost Ark poster I so need Harrison Ford on… sigh… Ah well..

Anyway, Indiana Jones himself along with Cowboys and Aliens director Jon Favreau were doing a joint talk show appearance and CB was on the scene… sigh…

(Editor’s Note: For the love of Christ stop talking about Paul Walker! My God… Enough! M-)

I had such a great, GREAT experience with Daniel Craig(check the write up), and today, I was going for none other than Mr. Indiana Jones, Mr. Han Freaking Solo, none other than Harrison Ford! He costars in the movie, and he’s by far the HARDEST, HARDEST of the cast to get to sign.  WHen I saw he was taping a talk show, I planned weeks in advance to be there. Ive gone for him before and he didn’t sign so I was hoping to get him this time around. I’ve never got him, so I really wanted him. Also on the show is the director of Cowboys and Aliens, Jon Favreau. So for the final installment of THE CB RISING, Harrison Ford and Jon Favreau.

2:00: I arrive and there are tons of people. Most people doubt he’ll do it.

4:00: We are moved to security to another side, but we are close to the door. There’s hope.

5:20: We see security move and its Harrison. We YELL MR. FORD…not HARRISON, we yell MR. FORD! He looks at us and waves.

5:21: Jon Favreau arrives with him too and we yell for him, but he doesn’t even look over.

7:20 We see security move and its Harrison, he is leaving…and O-M- FREAKING G he is coming over. 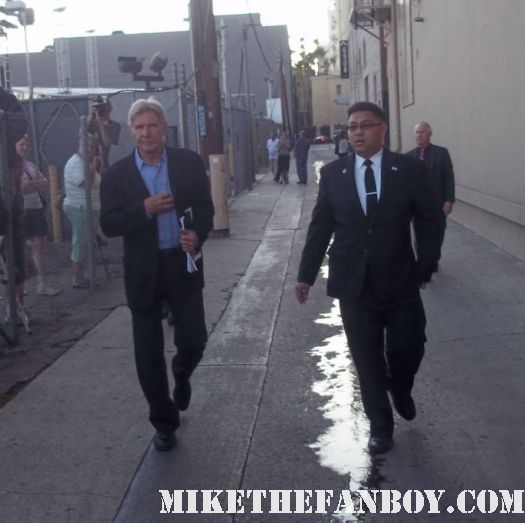 HE IS HERE SIGNING! Harrison is starting from one end of the barricade and moving down the line. 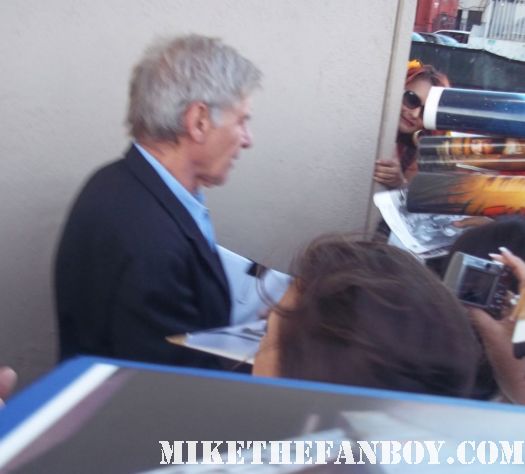 He even gets people against the fence.  WOW! I get him to sign my poster and I’m freaking HAPPY! I was so happy, I asked to take a photo with him, he declined…hey, I tried. 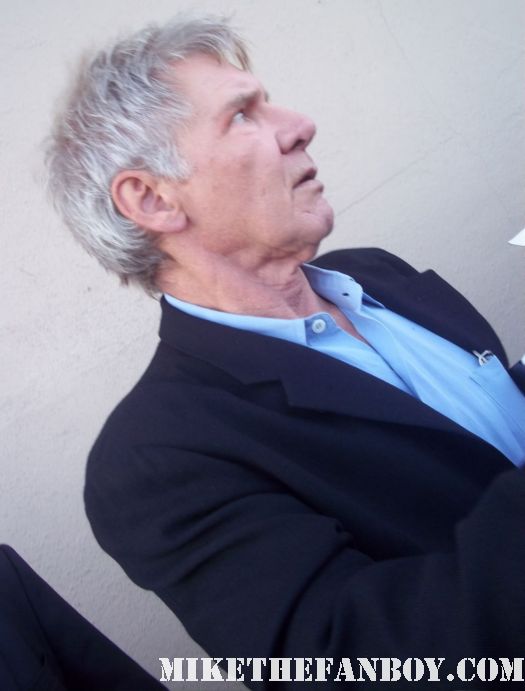 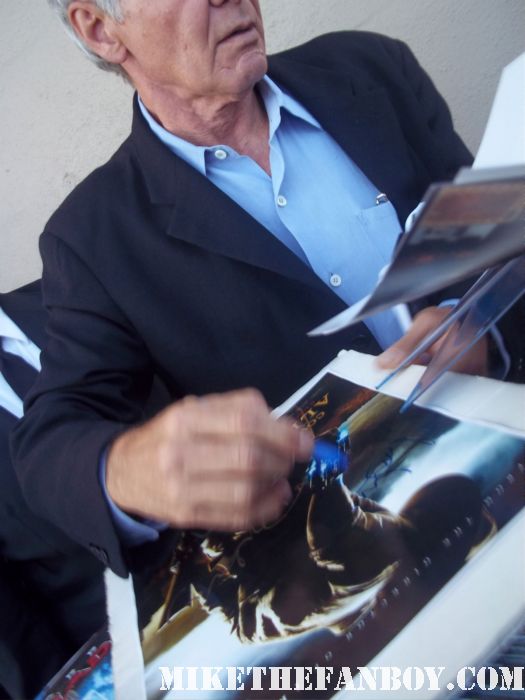 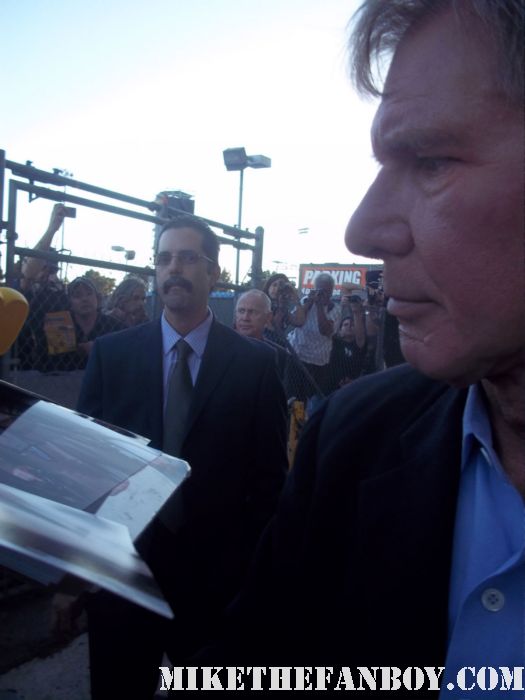 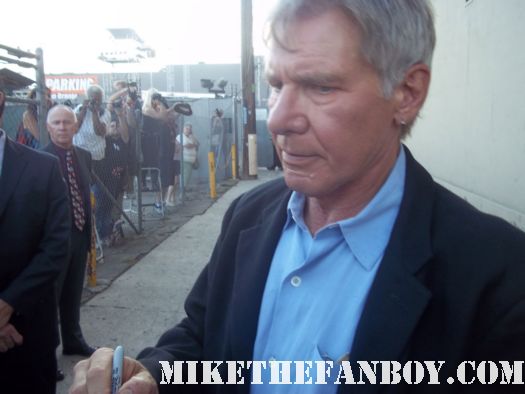 7:50: Jon Favreau comes out and he comes right over. He’s super nice. He signs my DVD covers and takes photos with everyone. 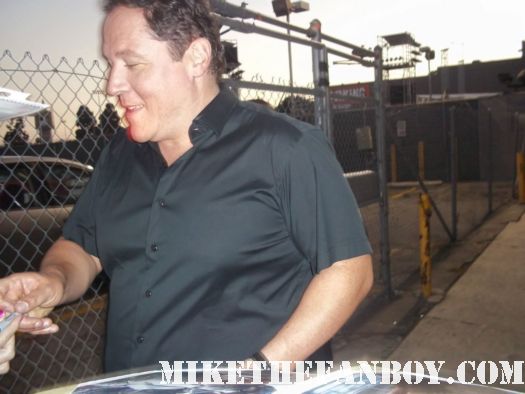 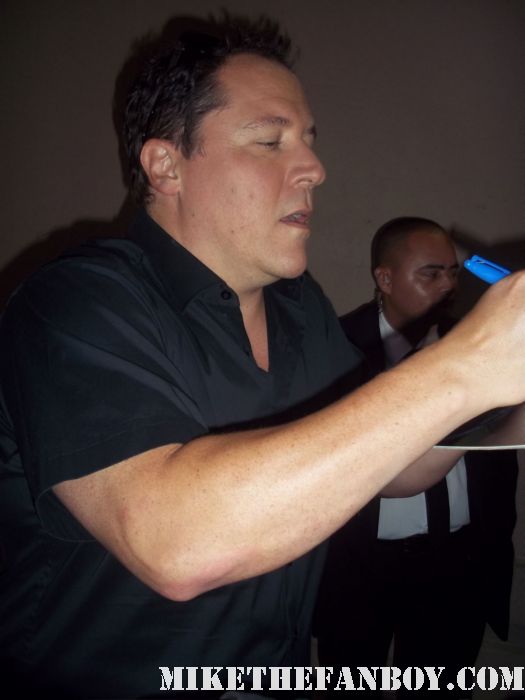 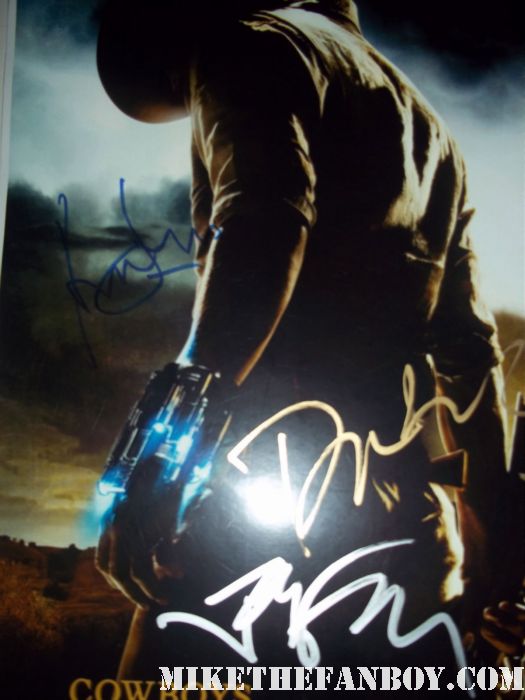