I was all set to head out for this even but I was bushed. And I mean tired… sometimes you just get beat! Lol…

Thankfully, nothing gets CB down, not even a diss by his love Christina Hendricks! CB is out and about for the cast of Shameless who are doing a rare cast Q and A.

I love Showtime series, no matter what I just think that each one of them is unique and interesting. And I do love me some Weeds and Nurse Jackie, and am bemoaning the loss of The United States of Tara…

Anyway, check out CB’s full report after the jump!

NANANANANANANA. CB, CB, CB! Today, the cast of Shameless is doing a screening and Q &A. The show is hilarious, like when Steve takes a drunken Frank to Canada. The show is great and who doesn’t like to see a drunken William H. Macy? Did you know that Emmy Rossum and Justin Chatwin were in a tiny movie called Dragonball Evolution before being reunited in Shameless?

(Editor’s Note: Only you would reference one of the worst movies ever! Even though James Marsters i.e. Spike from Buffy The Vampire Slayer was in it! M-)

Emmy played Bulma and Justin was Goku, but only a dorkus like myself would know that.

Still, I saw the movie, for Paul Walkers sakes,

(Editor’s Note: Paul Walker wasn’t even in Dragonball, how the hell do you fit Paul Walker into a conversation about Shameless and Dragonball Evolution? M-)

Chow Yun-Fat was Master Roshi! Shameless is a great new show, and I wasn’t originally going to go, but was talked into it by a buddy of mine. So lets head out and wish for the best.

5:30: I arrive and not too much is going on. I’m here talking with the other collectors.

5:40: Hey, that’s William H. Macy in the car. We wait for him to park and then ask him to sign some graphs as he leaves the parking structure. 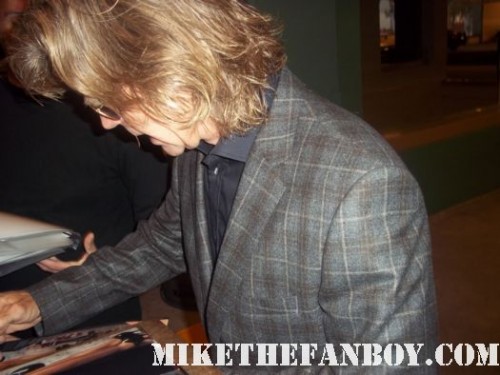 He signs for everyone. Nice guy and my first time ever getting him. 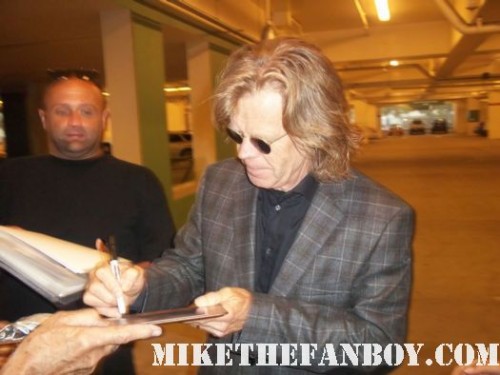 7:00 I see Emmy Rossum exit through the back and I ask her, can I take a photo with you and she obliges. 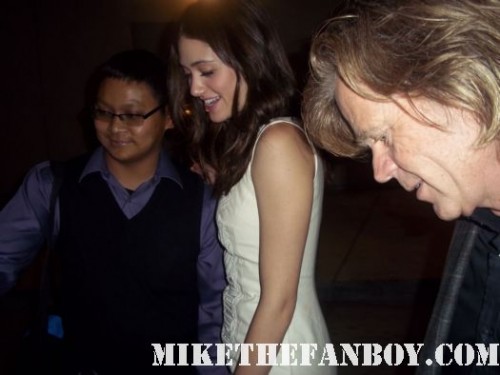 I take a photo with her, and right next to her is William H. Macy. I ask William if I can take a pic with him, and he says sure. Both were nice. I ask Emmy Rossum to sign and she says she can’t, she has to get to her car…Weird, but okay since I really had nothing for her. 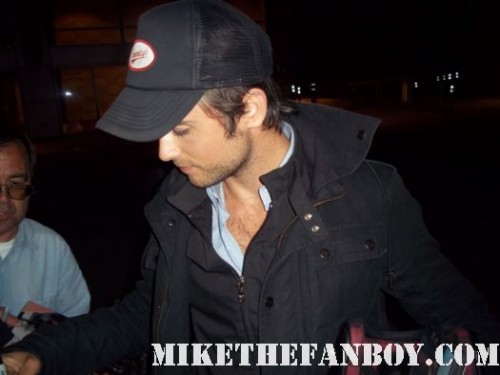 First words out of his mouth were, “I’m not signing Dragonball stuff”….then jokes and says, I’m just kidding. He’s a nice guy and signs for everyone. I get a photo with him too. 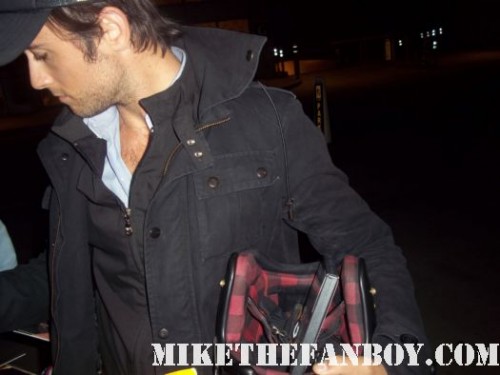 Overall, I’m happy the day was peaceful and got everyone to take a photo with me. I’ve never met Justin Chatwin or William H. Macy, so I was pleased. Until next time, same CB, hour, same same Channel, same CB BLOG! KAAAAAPPPPPOOOOOWWWW!! 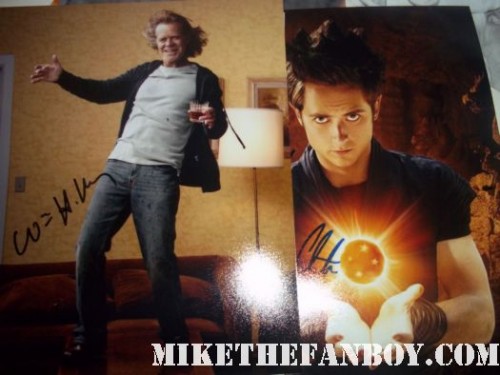