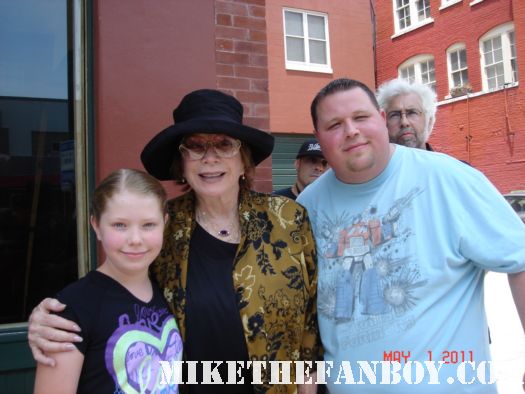 Chuck, our man in Texas, has been busy this week! Man oh Man! He was fortunate enough to meet Ms. Shirley MacLaine! Hillary Swank! And even Willie Nelson! Now, I’ve met Shirley MacLaine a couple times myself, once at Erica’s request, was at a memorial service. But Erica just simply had to get her In Her Shoes DVD insert signed. She is just so passionate about that film. It’s random how it can elicit that kind of response, but you know we all have our interests. LOL… I’m kidding, that time was to get my Steel Magnolias poster signed but still… In Her Shoes… Classic!

Back to Chuck, sorry I’m going on a tangent again! He was fortunate enough to meet Shirley MacLaine and has a really nice story about meeting her as well as Academy Award winner Hillary Swank and Country Music legend Willie Nelson!

So here is a quick recap of my week….Not as quite as exciting as living in LA or Hollywoodland but hey I manage… Lol!

So the week started off on Sunday afternoon with legendary actress Shirley MacLaine.

Shirley was in town to do a show, named… “A Conversation With…” I had missed her back in January so I really needed to get her to sign my DVD covers this time.

This was one of those very rare outings I took my daughter with me, so I was hoping for the best! We got down to the venue around 1:42pm and man….her limo was already there! I couldn’t believe it. She was like over 2 hrs early for the event.

So we waited, and at 1:52pm the stage door opened and she came out with 3 other people from the venue. We approached her and I had a book from “Steel Magnolias” I wanted to give her as a gift. I told her about it and she stopped and thumbed through every page. She really liked it and made several nice comments about it. After she looked at the book, I asked her to sign my DVD covers. She signed both very nice and I asked for a photo with her as well.

She put her arm around my daughter and I leaned in for the great photo op.

Shirley was a class act, what made it even better was we were in and out of there in under 15 minutes, so we had the rest of the day to chill out and relax.

Next up was I had to go to my old town where I lived for last 6 years about a 1 hr drive but ended up being well worth it.

Got into town and managed to meet and get a photo signed and a photo with 2 time Oscar Winner Hillary Swank. Only waited about 30 minutes! 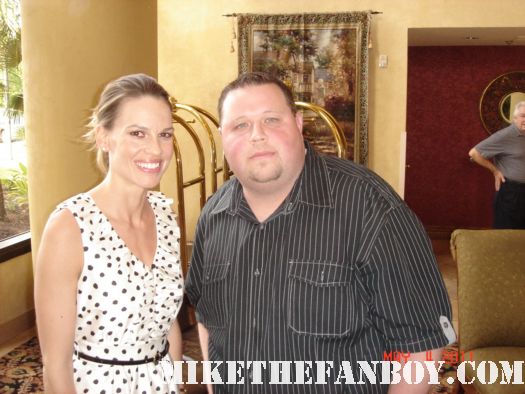 Then went across town and waited about an hour for country legend Willie Nelson. He finally came off his bus and warmly greeted his fans. He signed and took photos with people for about 15 minutes. Got my 3 photos signed and a picture with. 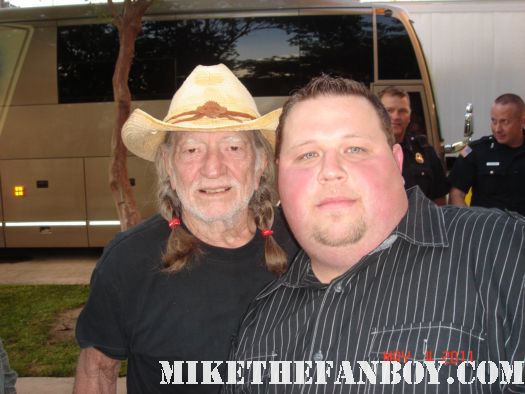