I have to tell you, I love me some Jessica Chastain. I know, I know she’s so nice and if you are out and about long enough, you are bound to meet Jessica because she’s quite simply awesome.

There was a q and a for her new movie Miss Sloane that also had John Lithgow as a guest.

I brought one of my Dexter photos and my Cliffhanger mini poster for John Lithgow.

Now, I couldn’t go into this event because it was full, but because I know how nice Jessica is, I decided to wait outside with Scotty and Billy De Beer.

On the way in John Lithgow stopped and signed for everyone. He was very cool. Billy helped me get my Cliffhanger poster signed and then I was able to get a quick photo with John as well. 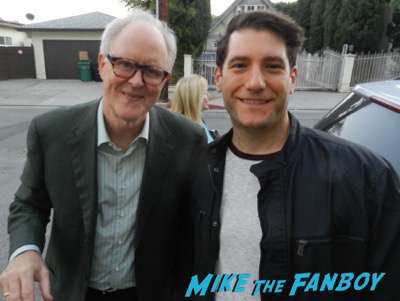 Apparently Jessica Chastain arrived and everyone was in front so we missed her on the way in. 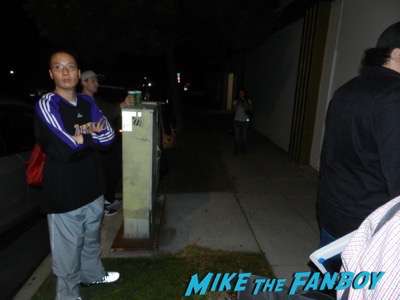 On the way out everyone formed a line and Jessica Chasten pretty much greeted everyone one by one. She was so nice and must have spent like 40 minutes just doing photos, signing one thing each and talking to everyone. She was so sweet. 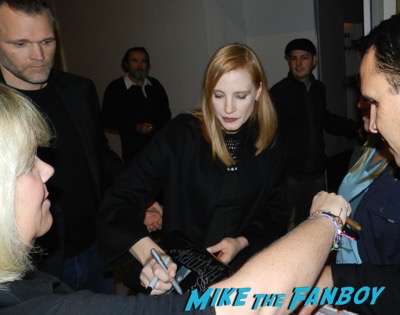 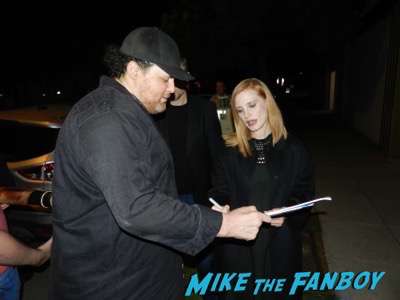 She even did funny Snapchat videos with people.

I mean, Jessica Chastain is so adorable. Over the top awesome. 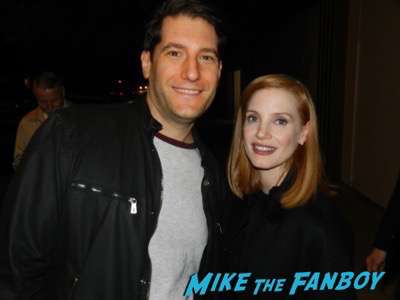 It was a fun night, Jessica signed my Miss Sloane mini poster and did a photo as well. 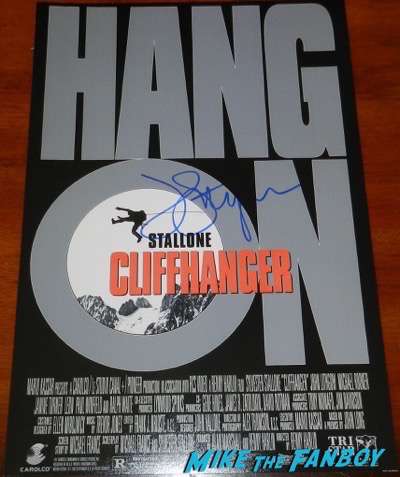 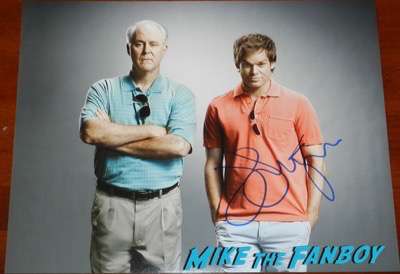 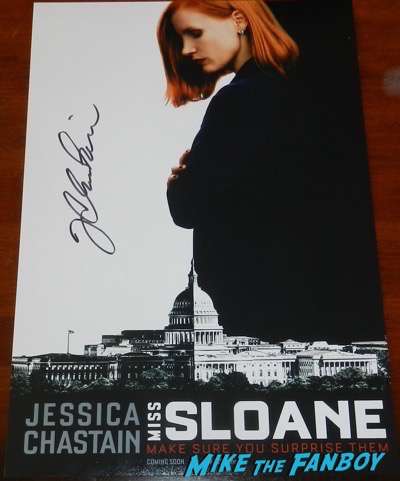