Well I’m sorry to report but my prediction of a Gotham pilot leak did not happen. I’m keeping my fingers crossed that I do get to see it soon though.

Before we get to comics there’s a really cool event going on at Comic-Con that I wanted to let you all know about. Dave Gibbons, the artist for the critically acclaimed series Watchmen is taking part in a really cool opportunity for fans. If you buy the super limited definitive collection of Watchmen (only 25 copies available) you get to go have a steak dinner in San Diego with Dave and while at dinner he’ll sign and do a sketch inside each copy.  It’s a bit pricey but if you have the cash and you’re a fan I’d check it out. Right now there are still copies left for purchase but I can’t see there being many for long. If anyone out there goes please let me know how it is. 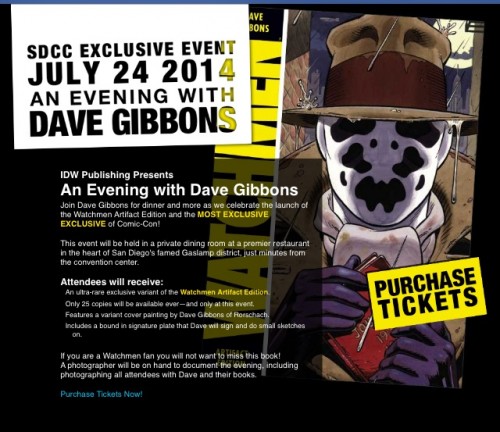 Now on to this weeks comics. I have to say this week was really good, some really fun books came out and a couple new series were launched. 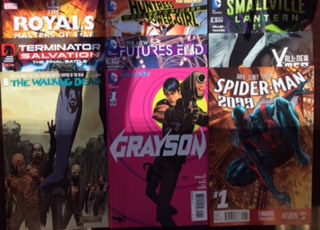 My most anticipated read would have to be Spiderman 2099. Back in my younger days there were a few 2099 books out and honestly, other than Spiderman, they were all crap. This was a fun take on the legacy and future of a character in they year 2099. 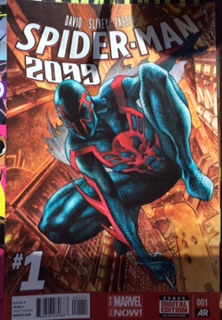 Now the series is back with Peter David writing the book no less and I’m guessing we have a hit on our hands. The other new release is Grayson. 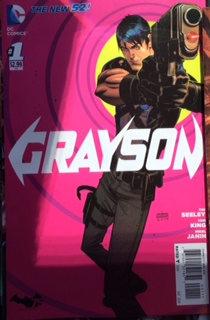 Dick Graysons (aka Robin, aka Nightwing) identity has been compromised so now he’s taken off the mask and stepped out of the shadows. Issue #1 was pretty good so lets see how this story holds up for an extended run and how soon till DC reboots the book and puts Dick back behind the mask.

Of course we have another fantastic issue of Walking Dead out this week. These books have been so good and the time jump so fun but this week could see a major bad released on our peaceful, almost utopian community.  Can they survive? I hope at least Carl does. 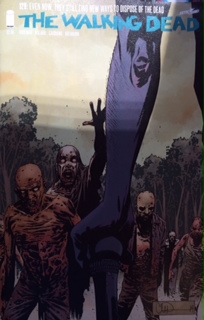 To round out this weeks purchase we have the last issue of Royals and a new issue of Terminator as well as some X-Men and Superman books to keep me busy this weekend while the wife’s at work. Don’t you just love comics!

One last thing before I sign off, go see the new Apes movie. I saw it last night and it was amazing. Andy Serkis deserves an Oscar! His Caesar looks flawless.