As you all know, I love Chris Hemsworth! Thor is my favorite Marvel superhero and I think he’s a really charismatic actor.

Now, I’m not sure if you were able to check out The Huntsman: Winter’s War when it was in theaters. If not, you’re in luck… Because we have a copy to giveaway! 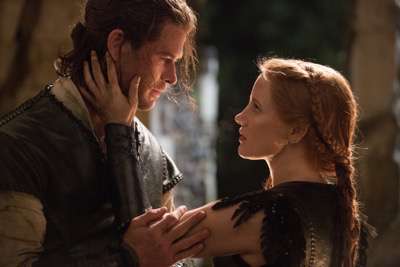 The film stars the Australian native as well as Emily Blunt, Jessica Chastain, Charlize Theron and more. Talk about an awesome cast! 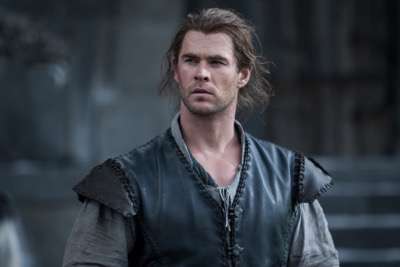 If it’s the Snow White tale you’re looking for, discover the story that came before in The Huntsman: Winter’s War, coming to Digital HD on August 2, 2016 and 4K Ultra HDTM, Blu-ray™, DVD and On Demand on August 23, 2016, from Universal Pictures Home Entertainment. The Huntsman: Winter’s War on Blu-ray™ and DVD includes an all-new extended edition of the epic action-adventure, plus exclusive bonus features that reveal the movie’s behind-the-scenes secrets. 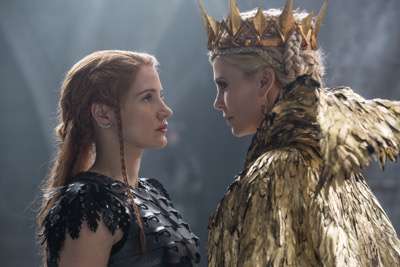 The Huntsman: Winter’s War stars Charlize Theron (Mad Max: Fury Road, Monster) as the evil Queen Ravenna, who betrays her good sister Freya (Emily Blunt: Sicario, Edge of Tomorrow) with an unforgivable act, freezing Freya’s heart to love and unleashing in her an icy power she never knew she possessed. Retreating to a kingdom far to the north, Freya raises an army of Huntsmen as her protectors, with the only rule that no two of them should ever fall in love. As a war for domination escalates between the two queens, the hero standing between good and evil is Freya’s most elite Huntsman, Eric (Chris Hemsworth: Thor, Star Trek Into Darkness). Alongside fellow warrior Sara (Jessica Chastain: The Martian,The Help) — the only woman who has ever captured his heart — Eric must help Freya vanquish her sister or Ravenna’s wickedness will rule for eternity.

If you don’t win, you can head to Amazon and check out The Huntsman: Winter’s War!

Enter Below to Win!