I was so excited when I saw this weeks Cult Classic Corner! I love me some Bruce Campbell! The Evil Dead is one of those movies that just floored me when I saw it. I honestly didn’t expect much from it and once I popped the VHS (don’t judge) into the player I was hooked.

Bruce is an interesting guy, he’s nice but can be testy and he always has unique film choices as evidenced by the subject of this weeks article, Bubba Ho-Tep!

Check out Jack’s review and his encounters with Ash himself Bruce Campbell!

If chins could kill, Bruce Campbell would be the deadliest man alive. He is the man, the myth and epitome of a modern day B-movie star. Until “Burn Notice,” Bruce Campbell had been best known for his role as Ash in the “Evil Dead” film series and countless “straight to video” films. Sure, he would pop up in something random like “Escape From New York” or “McHale’s Navy,” but Campbell would always be known as “Ash.” 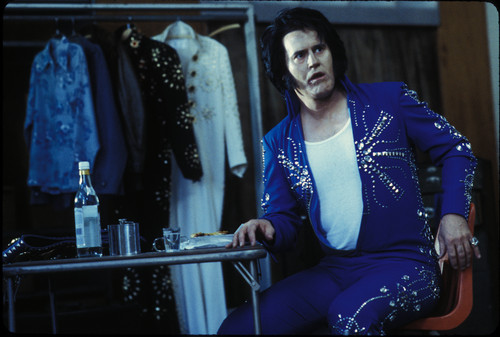 For certain actors, it’s tough to overcome an iconic or even a beloved role, but it’s even more remarkable when they have multiple ones. Not only is Bruce Campbell Sam Axe on “Burn Notice,” but he’s also Ash (“Evil Dead”), Brisco County Jr. (“The Adventures of Brisco County Jr.”) and Elvis (“Bubba Ho-Tep”). His role as Elvis in “Bubba Ho-Tep” exposed him to a new generation of fanboys and girls, which is one of my favorite cult classic films of all time. 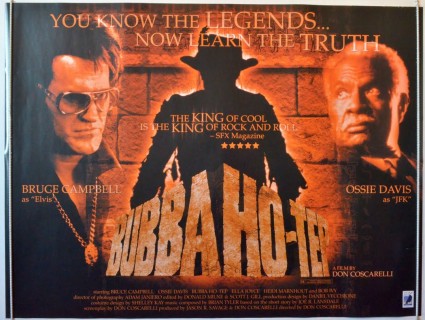 “Bubba Ho-Tep” tells the story of Elvis (Campbell) who is now living in a retirement home with a black JFK (Ossie Davis). Years ago, Elvis became tired of his rock n’ roll lifestyle and switched places with an Elvis impersonator (also played by Campbell) on the condition they could switch places any time. However, the impersonator died before they could switch back and Elvis continued impersonating “himself” until a hip injury forced him into a retirement home. Like Elvis, JFK (Davis) was hidden away, but had his skin died black until the coast was clear. Unfortunately, soon everyone forgot about him and he remained stuck in a retirement home. 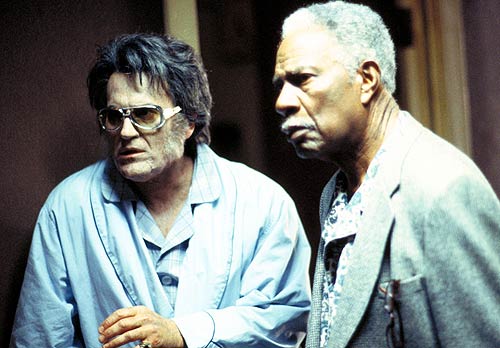 Now Elvis and JFK have the ultimate test…they have to go fight a 3,000 year-old Egyptian mummy and save the retirement home from a soul-sucking scumbag. In order to take care of business, it’s up two cantankerous and decrepit celebrities to save the day. Bruce Campbell was made for this role and Ossie Davis’ delivery of this hilarious script contributed to making this film an instant cult classic. This is one of the most fun movies you can ever see and I highly recommend it! 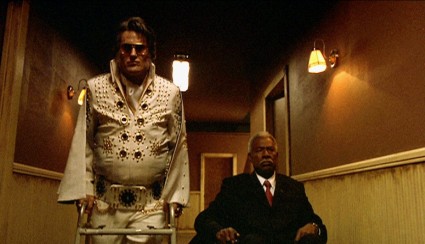 At the end of the film, it’s suggested there would be a sequel “Bubba Nosferatu: Curse of the She-Vampires” merely as a joke. But due to fan response, the idea of making a sequel seemed like a great idea. The film would take place during production of a lost Elvis film from the 1950s or 1960s with Campbell reprising his role and Paul Giamatti as Colonel Tom Parker. Unfortunately, as the years passed Campbell’s involvement waned and he eventually left the proposed project. Currently the proposed sequel is still up in the air, but writer/director Don Coscarelli has suggested a different actor portray Elvis with each sequel (s) should they ever be made. Still, “Bubba Ho-Tep” is one of those amazing horror-comedy films you have to check out! 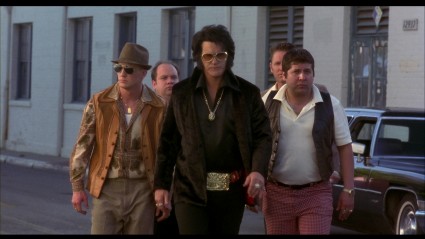 Over the years I have been blessed to meet “Elvis” multiple times and even twice within a few days during my birthday weekend at Fangoria and Dark Delicacies back in 2005. Like Ace has mentioned countless times on the site, Dark Delicacies is a fantastic horror shop located in Burbank and regularly hosts great signings throughout the year attracting horror icons like Clive Barker, Bruce Campbell, John Landis, Mick Garris, Joe Dante, etc.

As a matter of fact, my first exposure to Dark Delicacies was attending a book signing for “Make Love The Bruce Campbell Way” back in June 2005. Fortunately for me, I also met Bruce Campbell days prior at the Fangoria: Weekend of Horrors event in Burbank with my father (Don’t ever buy the Creation Entertainment Gold Weekend Passes for $300 per person- they’re a total waste. We had to pay for almost every autograph). At Fangoria, you were guaranteed * (Row by Row- if they got to you) an autograph per person with the gold pass and this was my “birthday gift. Thanks to the person in front of us and buying an autograph ticket or two, we were able to get six items signed including my “Bubba Ho-Tep” DVD, which made Bruce Campbell super happy to see. 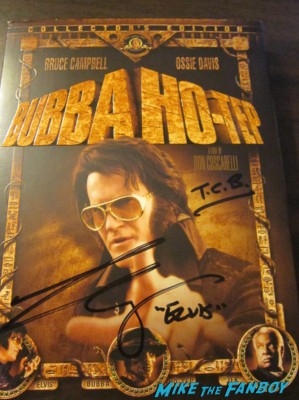 My father even complimented him on “The King” commentary for the DVD, which has Campbell portraying “Elvis” doing a commentary on “Bubba Ho-Tep” to create a very meta experience. Suddenly, Bruce started doing his Elvis voice and even wrote “TCB” (Taking Care of Business) on my DVD slip case, which was pretty cool. He honestly couldn’t have been kinder for the autograph signing. 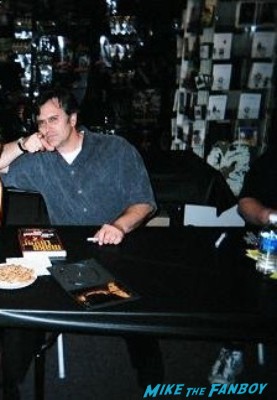 A few days later I attend the Dark Delicacies signing with my friend and his mom, who were also big Bruce Campbell fans and informed me of the event. The three of us each got photos with Bruce and I thanked him for making my birthday so special at Fangoria. Bruce was a tad less fan friendly than at Fangoria, but who knows what was going on that day. As I learned during my first two experiences with Bruce, if someone says something unkind to him don’t be surprised if he becomes less fan friendly. One year at Comic Con, someone said he “smelled funny” and he was completely rude to everyone for the remainder of Comic Con. So be careful what you say. Until the next time, happy autograph hunting! 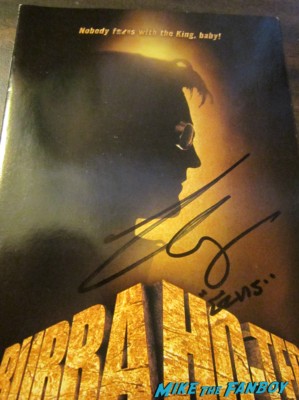